"Undercover Billionaire" Charts Riches to Rags to Riches on discovery+ 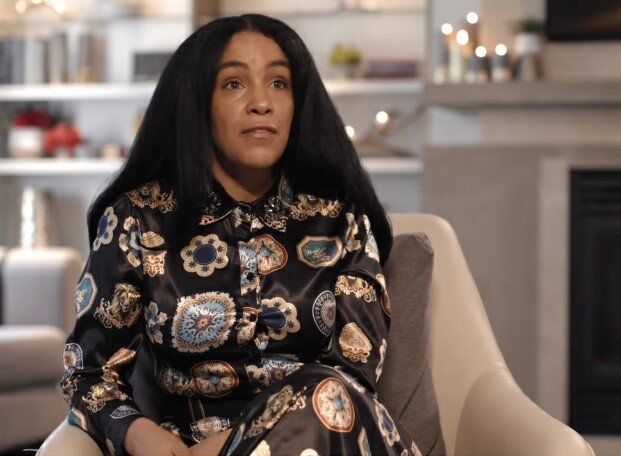 Becoming a billionaire isn't merely about raking in the big bucks. That may sound counterintuitive but listen to Monique Idlett-Mosley, who grew up poor and now refers to her "first million." She knows making money happens after making connections and generating trust. It also helps to have terrific ideas, a relentless work ethic, and an indomitable spirit. One of three entrepreneurs in the second season of Undercover Billionaire streaming on discovery+, Idlett-Mosley (pictured at top) has a more subdued approach than the others. "I am all about relationships," she asserts. "My strategy is, I am not building it without the community."

Idlett-Mosley fosters community by being kind, vulnerable and honest -- to a point. As the title indicates, she could not reveal her true identity while filming the show. The CEO of Reign Ventures, a tech capital fund focused on women- and minority-led start-ups, Idlett-Mosley also built a music business with ex-husband, rapper Tim "Timbaland" Mosley. "I'm a serial entrepreneur who pivots to solve problems on all things equity and equality," she said when speaking to MediaVillage from her Miami home.

Agreeing to be on show "was a no-brainer," Idlett-Mosley noted. "You think about the national demographics. It was very important to me that their primary market can be introduced to who I am as a human being. And I wanted to be an example of all women and people of color." 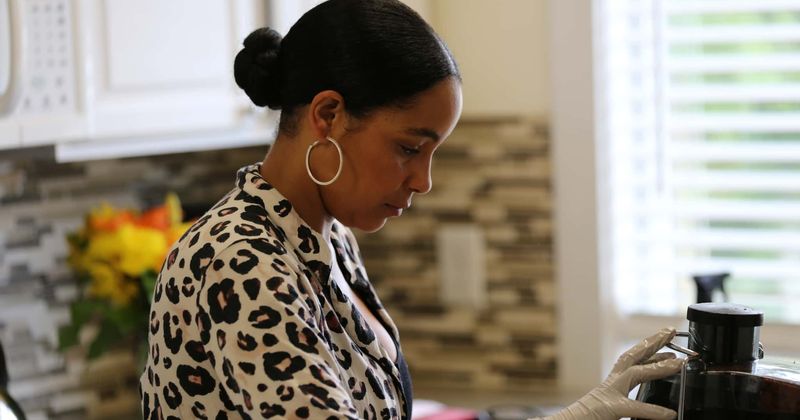 Still, participating in the show required the tough decision of leaving two of her three children (her oldest son is grown) for three months. And that was just the beginning of the tough choices.

The rules for Undercover Billionaire are tough. The challenge is to create a $1 million business. Participants can only pack one duffel bag for three months. They are not told ahead of time where they will be, so research is not possible. All they have is $100 in seed money, a cell phone with none of their contacts, and a car. At the end of the 90 days, if an independent appraiser values the company at less than $1 million, the entrepreneurs make up the difference with their own money.

It’s a bit like a Survivor-type show because ultimately it comes down to relying on one's wits and personality. With Idlett-Mosley what comes through is someone who takes nothing for granted, is humble and wants to connect with people.

The other two entrepreneurs featured this season are Elaine Culotti, a self-described badass who says she can build and design anything, and Grant Cardone, who made a fortune in real estate.

"I am not a billionaire yet, cash-wise," Idlett-Mosley acknowledged. "But I will be. It is all about the mindset, and that is what I am on track for. As a woman, a mother, a Black woman, I didn't even understand that it was a possibility."

She draws from the lessons her mother instilled on "community and consciousness." As the season unfolds, those values are increasingly on display. This season is three times as long as the previous one, which was only eight hours. The stories of the three entrepreneurs are woven throughout, with new episodes dropping Wednesdays on discovery+. (The series will eventually also run on the Discovery network.)

"This is not some reality show competition that has this loud, splashy hook," showrunner and executive producer Tim Warren said in a separate interview. "Strip a wealthy person of everything and throw them in the middle of nowhere. They are really going in and building these businesses and making them sustainable. It is really about lifting up the city they are in and [creating] a business that provides jobs to that city because at the end of the day, even though the entrepreneurs are spearheading, the business won't get built without the help of local people who have no idea who these folks are."

Ideally, long after the cameras leave, the communities will benefit from the show. Tacoma, where Idlett-Mosley was, is like everyplace suffering from unemployment during the COVID-19 pandemic.

Idlett-Mosley, no stranger to hard times, relates. She and her sister grew up in subsidized housing, where her single mother worked tirelessly -- but still, sometimes the electricity was cut off. This is as much a part of Idlett-Mosley as being firmly rooted in the church and spending time in the library, devouring non-fiction. The ability to take a leap of faith and analyze facts came in handy.

The first order of business each season onUndercover Billionaire is finding shelter. At the start, Idlett-Mosley and Culotti were adamant about not sleeping in their cars. Idlett-Mosley drove into Tacoma and immediately headed to a church. She happened to meet the pastor on the street, they struck up a conversation and he paid for three nights at a hotel for her. Idlett-Mosley, in turn, helped at the church office stuffing envelopes with election information. By doing so, she smartly learned who was running for office and later contacted a local leader for help with her challenge.

Once settled, Idlett-Mosley concentrated on the task. She wanted nutritious meals but couldn't even afford salad on her tight budget. That sparked the realization that there aren't enough inexpensive, healthy options in Tacoma. This epiphany prompted her to visit restaurants and farmers' markets, identifying a void she could fill. She often makes veggie-packed juices and ginger shots at home, but here she was without a juicer and the proper produce. That's when she started figuring out how to turn her dilemma into a $1-million idea.

"They get frustrated and stressed, but they keep pushing forward," Warren said of the entrepreneurs. "They keep problem-solving, and ultimately they never quit. When you don't quit, you don't fail."

The three months left their mark, and hopefully it's a good one for the cities and the entrepreneurs.

"It is not easy, this journey I have been on," Idlett-Mosley said. "I have a voice for the voiceless. For me, it was more about walk it as I talk it, practice what you preach. I am usually on the end where I am doing the giving. This is absolutely how we are supposed to be as human beings. I walked away knowing to not give up."