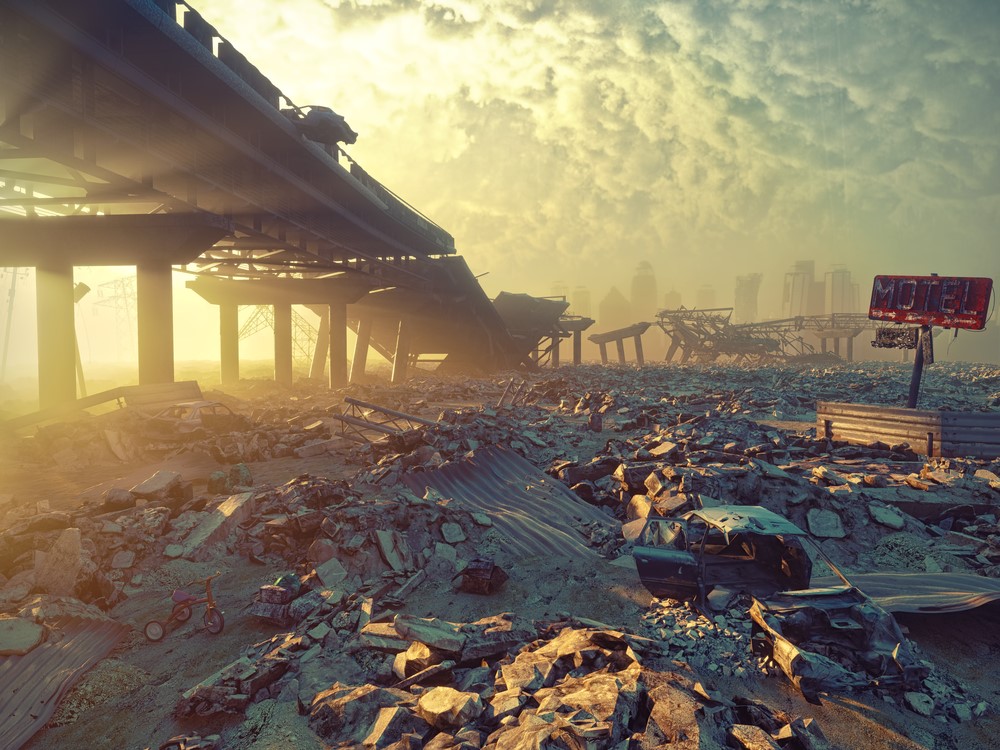 Jack Myers is author of Hooked Up: A New Generation’s Surprising Take on Sex, Violence and Saving the World, the International Book Award winner for youth issues and women’s issues. Ever notice just how many movies, books, video games, TV series and songs there are about a post-apocalyptic age?  Among those who have grown up in the last two decades, stories about the apocalypse have been a constant presence.  Some of the Gen Z cohort, born post-1995, view this doomsday negatively, others celebrate it, and still others talk about it like any other event in human history.  The apocalypse has dominated pop culture and to understand how this generation views the world and their own future it’s important to understand how formative and influential post-apocalyptic films, television, games and books have been in the young lives of “the Post-Apocalyptic Generation."  Those born after 1990 have grown up with the end of the world as a constant presence. Films, TV series, games and books have warned about destroying the planet, have asked hard questions about sexual ethics and the environment, have shown a divide between cities and rural areas, and have brought up many issues that the next generation will be confronting and resolving for decades ahead.  Are they learning to build a fair and just society or being guided on a self-fulfilling path that leads to destruction?  In my interviews among current and recent college graduates who are part of the emerging Gen Z cohort born post-1995 and the last of the Millennials born 1990-1994, conducted for my books Hooked Up and The Future of Men, I discovered a clear and present understanding of the dangers they face as they enter their adult years and gain responsibility for the global crises they are inheriting.  Much of their understanding and many of their perceptions have been defined by post-apocalyptic media they’ve been exposed to throughout their young lives.  Below, I share their perspectives, with several direct quotes from interviews and submitted responses to questions, combined with my overview.

War, Pestilence, or Robot Revolution: How the World Ends

“Whenever we're told about a new post-apocalyptic movie or book, our first question is always, ‘So how does the world end?’  We’re fascinated by each end-of-the-world scenario, and that's probably because those scenarios are based on real problems.”  Most of these stories blame the end of the world on:

“Even without looking at these stories in detail, we can learn a lot about the problems our society has just by noticing the cause of the apocalypse. Stories that focus on environmental disaster, for example, come from worries about climate change, ocean acidification, peak oil and other crises that threaten are already harming our planet.  An environmental apocalypse is the worst way one of these problems could end.  If we don't get the ecology of the planet under control, many of the people alive today will either die or suffer.  This is the most important challenge our generation has to face, because if we aren't able to solve it, it will be too late.”

Though Gen Z is not the first to deal with war-related apocalypses, they remain a major threat.  Nuclear and biological warfare are still possible and could happen with no warning.  The current conflict between the U.S. and North Korean governments are just the latest nuclear threat Gen-Z has dealt with in their short lives.  “Post-apocalyptic films show us what could happen if we don't effectively control weapons of mass destruction.”

“Stories that focus on artificial intelligence show the dangers of the IT revolution happening before our eyes.  Computer programs are already able to do many things that we used to think only humans could do, such as writing short stories or composing music.  AI apocalypse stories show just how bad things could get if we aren't able to remain relevant as a species.  As with environmental issues, our generation is especially likely to deal with rogue AI.”

“While the modern IT industry might be too advanced for its own good, we could say the opposite for public health agencies.  Our generation has grown up learning about the opioid epidemic in the United States, the ebola outbreak in West Africa, the global HIV/AIDS crisis and many other health crises that authorities didn't deal with quickly enough.  Disease apocalypse stories ask what would happen if an even more dangerous disease were to spread.”

Having grown up with these threats, the Gen Z cohort is worried about them all.  Post-apocalyptic games, shows and books keep reminding them that these problems aren't going away.  “While reading and watching such stories might make us feel helpless, they could also encourage us to deal with these problems,” writes one recent grad.  “If we want civilization to survive, we will have to make civilization more sustainable.  Does post-apocalyptic fiction push us to solve the same problems that we love watching and reading about?”  Post-apocalyptic stories also teach them about different aspects of society, including some that are not necessarily good.