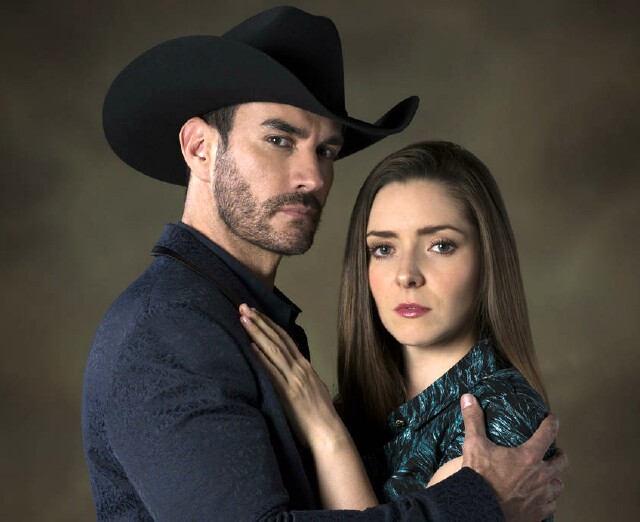 La Doble Vida de Estela Carrillo (U.S. title The Double Life of Estela Carrillo), Univision’s latest one-hour telenovela series, takes on some serious, sensitive issues like racism, gun violence and immigration.  Univision is known in the Latin community for its telenovelas and game shows, but the top-rated Spanish network has recently set a new goal – creating more content for multi-generational family audiences.  As Estrela Carrillo illustrates, they’ve made it quite clear they are not afraid of developing programming that addresses problems their own viewers may have dealt with, like immigration and racial violence, topics that often take over the headlines today.

It is not at all unusual for American dramas (and comedies) to tackle significant real world issues.  Univision is boldly following the same pattern of making programming real, relatable and willing to tackle issues from which others may shy away.

Estela Carrillofollows the life of Laura Oviedo (Ariadne Diaz), an undocumented immigrant living under a different identity so she is able to work and provide for her daughter.  She fled from Mexico years before in search of a better life and befriended a fellow immigrant on her journey to the U.S.  Laura, now living as the title character, is a music teacher at the Everwood Foundation, a community center for Hispanic youths in Riverside, California.  In just the first few moments of the opening episode, the show takes a very dark turn when a lone gunman arrives at Everwood yelling “Mexicans belong in Mexico” and starts shooting, killing several employees and injuring one of Estela’s teaching partners.  Estela confronts the man, telling him to kill her and leave her students alone.  Just then the police arrive and shoot the gunman down.  After a news reporter interviews an eyewitness from the shooting, they name Estela as their heroine, putting her in the spotlight.

Meanwhile Ryan Cabrera (David Zepeda, pictured at top with Diaz), a famous director and heir of his family’s massive production company, is imprisoned after being falsely accused of murder.  He sees the interview and believes Estela to be someone who can help him.  He immediately tells his lawyers to ask for her help in proving his innocence, not realizing that Estela is living under a fake identity.  The drama and intrigue escalate from there.

Diaz deserves recognition for the emotional range she displays an immigrant, single mother trying to pursue her own American Dream. She is a popular telenovela star, having appeared in nearly a dozen different series over the past decade, but Executive Producer Rosy Ocampo discovered her when she saw a video of her singing a cappella on her YouTube channel, not having known of her musical ability before. Just goes to show social media and viral videos can open up doors even for established stars!

Estela Carrillowas the final series for Executive Producer Rosy Ocampo through Televisa, a Mexican mass media company that has created programs for the two biggest Spanish-language networks, Univision and Telemundo.  Ocampo helmed successful programming like the child actor competition series Codigo F.A.M.A.(Code: FAME).  She also produced popular comedies like Las Tontas No Van al Cielo(Bimbos Don’t Go to Heaven) andLa Fea Mas Bella-- the second Mexican version of the Colombian comedy Betty La Fea, which the popular U.S. comedy Ugly Bettywas based on.  Ocampo led mostly children’s programming and comedy for Televisa, so the more serious and reality-based tone of Estela Carrillois a great change of pace and shows that she is clearly capable of handling either genre.

Unlike many popular telenovelas, Estela Carrillo is a departure from its melodramatic, scandalous and romance-driven predecessors.  It is very much set in the real world following people with real problems.  This is a new direction for Univision’s primetime programming, creating quality one-hour dramas like those on premium networks and streaming services.  To the audiences that have perhaps been watching the “classic” format of telenovelas, this could be a welcome change; one that revitalizes the genre.

Lourdes Diaz, President of Entertainment for network parent Univision Communications,recently talked with MediaVillage.com’s Simon Applebaum about the Latin family audience demographic, stating "They want to see themselves reflected on TV in ways that are aspirational.  We got the message that we have to live up to a new expectation they have of TV."  Estela Carrillois definitely a step in the right direction.