Univision’s Biblical Minis Are, In a Word, Epic 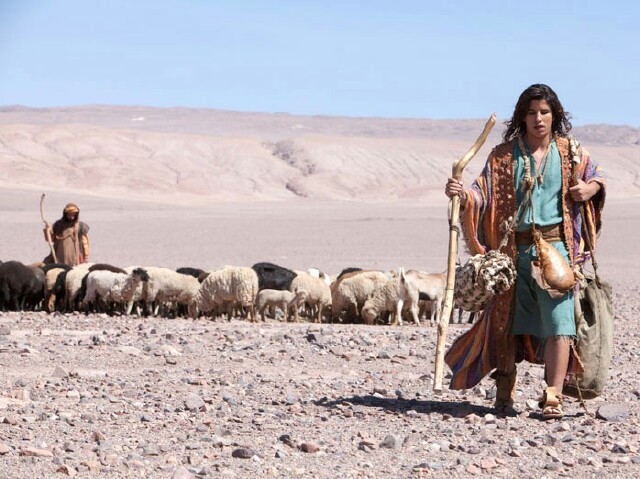 The success of last year’s Los Diez Mandamientos (The Ten Commandments) was just the first in what would be an incredible line up of epic biblical mini-series to be telecast on Univision.  From the moving performances and breathtaking visuals to the immense production values, these new series are consistently stunning.  The current Univision mini-series Los Milagros de Jesus (The Miracles of Jesus, telecast Sundays at 8 p.m.) chronicles the traditional biblical story of Jesus of Nazareth and the many healing miracles he performed before his historic death in a gripping but family friendly fashion.  José de Egipto (Joseph of Egypt, seen Monday-Friday at 8 p.m.) goes back centuries before the events of Los Milagros de Jesus.  It follows the life of José, whose birth was considered a miracle because his mother Raquel was barren and unable to have children.

Los Diez Mandamientos, Los Milagros de Jesus, José de Egipto and the upcoming La Tierra Prometida (The Promised Land) were originally produced and broadcast in Brazil by RecordTV, the longest-running Brazilian television network.  The religious programming was the doing of Edir Macedo Bezerra, a Brazilian evangelical leader, media mogul and owner of one of Brazil's leading media companies Grupo Record (which in turns owns RecordTV).  Univision smartly acquired the rights to dub these major minis in Spanish for its Hispanic-American audience.  Seeing as so many Hispanics come from primarily Catholic and Christian families, this type of programming has fared well with multigenerational audiences, presenting a new depiction of these biblical events to Millennials.

José de Egipto has quickly become my favorite of these series so far.  In the story José -- a “miracle child” given the nature of his birth -- grows up as his parents’ favorite, much to the dislike of his many half-brothers, with whom José shares a father, Jacobo.  José is betrayed by his resentful siblings and sold into slavery in Egypt while they fake his death to deceive his parents.

Years before the events of José de Egipto, Jacobo was promised the hand of his employer’s daughter Lea, though Jacobo was in love with her sister Raquel.  He eventually married both (keep in mind, this was a common practice in those times) but showed preference for Raquel and the children he had with her, causing Lea to go into a jealous rage and express hatred toward Raquel and her children.

The feud between José and his brothers escalates when Raquel makes that legendary colorful coat (the subject of an endlessly popular theatrical musical) with expensive materials and gives it to José rather than the eldest sibling of their family, Judah.

José goes from a teenager to a grown man while in Egypt and is portrayed by a different actor as an adult.  The story has not yet reached some important plot points, but I know what’s coming because I’m familiar with the biblical history, so I’ll avoid any spoilers beyond what has already been seen.  One thing is for sure, there is plenty of deception and drama to come.

Ricky Tavares (pictured at top) is outstanding as the young José.  He also plays David in Los Milagros de Jesus and will next be seen as Zaqueu in La Tierra Prometida.  His performance of the innocent but headstrong “oddball child” deserves praise for his ability to portray the naivete of a young man as well as the strength of a maturing adult.  Marcela Barrozo, who plays José’s younger half-sister Dina, gives a fantastic emotional performance in the first few episodes of the series.

Univision is known for its telenovelas, filled with scandal, lust and betrayal between friends and family. Similarly, the story of José (Joseph) and several other events within biblical history share those same themes.  Between the betrayal of José by his brothers, the hatred between sisters Lea and Raquel and much more to come, some biblical stories make for great television for modern audiences.

José de Egipto remains faithful to the source material while elevating the drama and aspersions that are part of the original stories to relate to their audiences.  The visuals and direction are breathtaking, from the beautiful costumes and massive sets to the stunning cinematography.  It’s all depicted so accurately to the time period that the audience feels thrust into ancient Canaan and Egypt.  That’s something that doesn't often happen in primetime.

José de Egipto is telecast Monday through Friday at 8 p.m. on Univision.