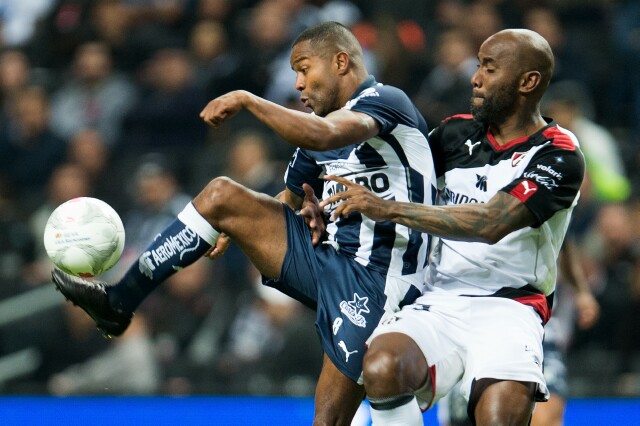 These are especially busy weeks for Juan Carlos Rodriguez. The President of Univision Deportes is preparing for the U.S. Spanish-language media leader’s May 17 Upfront presentation and the network's coverage of Copa America Centenario, a 16-nation soccer tournament that will highlight Univision Communications Inc. programming during June.

Univision has made a big bet, holding exclusive, Spanish-language multiplatform rights to the tournament, featuring CONMEBOL (South America) and CONCACAF (North and Central America) teams, including Argentina, Brazil, Mexico and the U.S.  (Fox is the English-language rights-holder).

Kicking off with the U.S. versus Colombia on June 3, the 32-match tourney unfolds in 10 U.S. cities, with the championship contest at MetLife Stadium in East Rutherford, N.J. on June 26. Along with Euro 2016 – ESPN airs Europe’s top national team tourney in June-July – Copa America Centenario is the big event on the international soccer calendar this year.

Rodriguez, who said Euro 2016 will serve as on “opening act” to Copa America Centenario, raised the ante further, noting that with its focus on nations with strong followings among Univision’s Latino viewers and primetime windows, it will outperform the 2014 FIFA World Cup from Brazil, which averaged 3.5 million viewers per match for Univision networks.

“Copa America Centenario is a smaller tournament, with fewer teams, but the expectation is that it will generate higher ratings than the World Cup average,” he said.

Matches will appear on the flagship Univision network and UniMas. Rodriguez is taking a page out of the 2014 World Cup playbook, turning Univision Deportes Network (UDN) with its 50 million subscribers into a de facto, 24/7 Copa America Centenario channel featuring matches, encores, highlights, news and analysis.

Turner said that in 2015, UDN grew its advertiser base by close to 40%, “a staggering number for a network that is just four years old.”

Copa America Centenario is just part of a widespread futbol fare that Rodriguez said makes Univision “the premium destination for soccer in the U.S. in terms of rights, ratings and audience. We have more and better soccer than anybody else.”

It holds rights to Mexican and U.S. national teams – more than ESPN and Fox Sports 1 combined -- and the Gold Cup in 2017.

Univision also airs Major League Soccer matches, with an exclusive Friday night package with an English SAP feed that has provided a viewership assist, as Anglos represent 10% of audience on its linear and streaming presentations.

However, it’s Univision Deportes’ position south of the border that truly gives it a leg up. Despite the buzz surrounding NBC Sports Group’s coverage of the English Premier League, Liga MX, Mexico’s top division, is the “most-watched league regardless of network and language in the U.S. The quality of competition is reflected in ratings,” Rodriguez explained. Univision Deportes tallied a 7% gain to an average of 349,000 adults 18 to 49 in 2015.

The company is looking to build on the circuit’s strength, via its second revamped “Campeon de Campeones,” a competition matching the winners of Liga MX’s Apertura and Clausura seasons and the Copa MX winners that will be held in Los Angeles.  The event will also include an awards ceremony and concert, among other activities, which will be detailed at the Upfront.

“We believe this is going to be a tent-pole event for years to come during the second weekend of July,” said Rodriguez.

Univision’s soccer holdings extend beyond western hemisphere. Already airing action from Portuguese and Dutch leagues, Rodriguez in January fulfilled part of a mandate to increase Univision Deportes’ weekday roster by netting a multiplatform, U.S. rights deal with UEFA, European’s governing body for the sport, to Euro 2020 and qualifying matches ahead of that tourney, plus qualifiers for the 2022 World Cup. It also encompasses UEFA Nations League and UEFA Nations League Final Four, new events involving the 54-country associations that provide new competitive fire to what were formerly “friendlies.”

Univision has yet to take the package to market, but attendees at its Upfront event should hear about the expansive offering.

Univision, which was outbid for FIFA World Cup rights by Telemundo, is not done soccer shopping yet. The next rights cycle of the Champions League, UEFA's leading club competition, should come into play later this year, and Rodriguez said Univision will be on the pitch. (Fox and Fox Deportes hold them through 2017-18.)

As to U.S. pro leagues, Univision Deportes is in step with NBA -- Hispanics represent 18% of the league’s fan base -- delivering weekly magazine shows and  relaunched web and mobile sites. Univision has begun presenting Arena Football League games, but wants to extend its relationship beyond digital with the NFL.

In the meantime, Univision is gearing up for “United We Stand, Together We Grow” upfront at The Lyric Theatre in Manhattan. Turner said that theme “really sums up how we are going to market, highlighting Univision’s core differentiators: young and influential viewers, massive unduplicated reach and a commitment to serving the needs of our multicultural viewers -- bilinguals, Millennials, die-hard novela devotees, sports fans, political and news junkies or just lovers of entertaining multiplatform content.”