Upfront News and Views: BET and Alicia Keys Bring Down the House 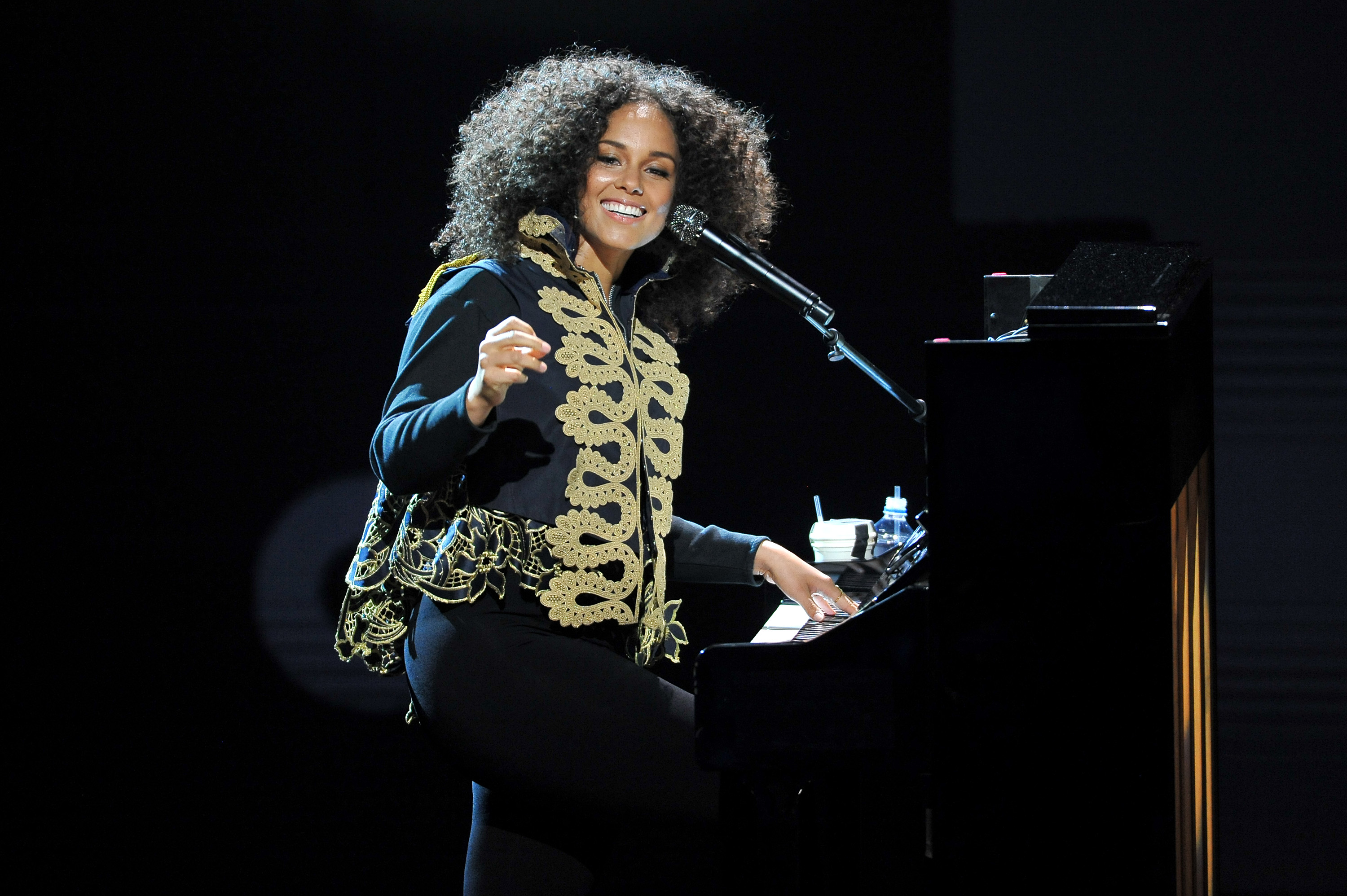 Venue: The always-reliable Jazz at Lincoln Center's Rose Hall on Columbus Circle. A return engagement, using this state-of-the-art space to celebrate BET’s 35th anniversary as well as the shape of things come. The stage was clear of frills, except for a backdrop delivering huge black, red and white graphics non-stop. Very impactful. Grade: 4.5 Jacks

Presentation: "The Power of More" was the slogan company presenters offered over and over again throughout, whether promising more quality and quantity of original content or showcasing ratings. "We're up against the most competitive media landscape ever," declared BET Chairman and CEO Debra Lee. "And guess what? We're still No. 1 with the audience everyone wants! No. 1 in total (African-American) viewers and No. 1 with all age and gender groups." Results like that demand a greater share of advertising dollars, added Media Sales President Louis Carr. "If we give you more, why settle for less?" he asked. Carr added that considerable dollars be directed at series that encourage family participation, family (in his words) being the "epicenter" of African-American culture. Grade: 3.5 Jacks

News: At least five new scripted series and two miniseries will run over the next year. The minis --  “Madiba,” the bio-drama of Nelson Mandela and the African National Congress with Laurence Fishburne playing Mandela, and “New Edition,” about the rise and endurance of the popular boy band -- are set for three-night/six-hour premiere runs during the first few months of 2017.

Hosts: When it comes to smooth operators on an Upfront stage, few come off as engaging together as Lee, Carr and President of Programming Stephen Hill. They make their points and move things along while also making room for quick and fun celebrity bits, like Lee with DJ Khalid or Hill with the Comedy Get Down cast. Grade: 4 Jacks

Star Time: Without advance fanfare, Alicia Keys (pictured at top) came on stage with solo piano and performed three breathtaking songs. The entire set (with new song "Hallelujah" in the middle) gets my vote for Best Performance at an Upfront Event so far this year -- a vote that will be tough to switch. If that's not enough, "How Come You Don't Call Me?," her opening song with only piano and snapping fingers from the audience, gets my vote as the Best Live Musical Performance I've seen anywhere -- that's anywhere -- all year. It was an all-time magical highlight. Grade: 10 Jacks ... 5 for the full set, 5 for the opening song.

Cuisine: For a while, it looked like what was served after the presentation would come up 0 Jacks, 0 as in an embarrassment. In the first 20 minutes or so, all that was offered beyond the bars were goldfish crackers and fried parmesan farfalle, served in tacky small plastic bags. Then the day was saved by a number of neat appetizers that waiters suddenly circulated among the guests. Best chow-down: Micro cakes with short rib slabs on top. Worst chow-down: Those goldfish crackers. Grade: 1.5 Jacks (Note: Cuisine does not figure in the overall Jacks rating.)

Overall Grade: 4 Jacks  A superb event on several levels, from staging to star power and a big dose of news. Nominee for best of the season, and where Keys is concerned, a slam-dunk winner.

Here's a recap of our Jacks rating system: