Upfront News and Views: Crackle is All About Smart TVs and Star Power 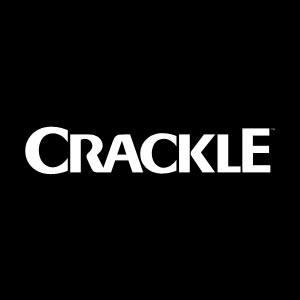 At last year's DigitalContent NewFronts, Crackle separated itself from the other participants by emphasizing its distribution over smart TVs and devices that make TVs smart (Chromecast/Amazon Fire TV, etc.). With the Sony subsidiary breaking away from the NewFronts, that point was magnified with help from top Sony executives, including TV programming overseer Steve Mosko. "We're offering you a TV experience that aligns with your interest," Crackle general manager Eric Berger told the crowd of advertisers.

Venue: The Hudson Theater, the Broadway-theater size space on W. 44th St. between Broadway and 6th Ave. All about formality and few frills here, from an orange red carpet area on one side of the long lobby to soda/coffee/tea stands on either side back of the theater. Cute graphics from the large screen on stage to welcome attendees. Grade: 2.5 Jacks

Presentation: At last year's DigitalContent NewFronts, Crackle separated itself from the other participants by emphasizing its distribution over smart TVs and devices that make TVs smart (Chromecast/Amazon Fire TV, etc.). With the Sony subsidiary breaking away from the NewFronts, that point was magnified with help from top Sony executives, including TV programming overseer Steve Mosko. "We're offering you a TV experience that aligns with your interest," Crackle general manager Eric Berger told the crowd of advertisers. His point: They shouldn’t be shut out of advertising opportunities over smart TVs/devices when A) many of these services will be offered ad-free and B) a wide universe of people will develop smart TV viewing habits, perhaps by dropping multichannel cable or satellite subscriptions, according to a Magid survey showcased here. The ad opportunities here will include addressability, third-party verification of viewership and brand integration. Grade: 3 Jacks(thanks to a stretch of lingo explanations in the ad sales portion).

News: A new original programming lineup kicks off July 16 with the original movie “Joe Dirt 2: Beautiful Loser” (promoted by Crackle at the Winter 2015 TCA tour), a sequel to the popular 2001 film featuring David Spade (reprising the title role) and Christopher Walken. Bryan Cranston, whose Crackle retro reboot “Tightrope” didn't come to life (a shame, because it was among the best pilots showcased at any Upfront or NewFront presentation last spring) will try again with animated washed-up superhero satire “Supermansion” this fall. He'll will give voice to Titanium Rex (with additional voices by Seth Green and Keegan-Michael Key) and be an executive producer on the series. That will be followed in short order by “The Art of More” with Dennis Quaid as star and executive producer, set in the world of Las Vegas auction houses. Also on deck for late 2015/2016: A second “Dead Rising” made-for movie and post-prison/mafia drama “Capo.” Beyond programming, a new "Always On" design developed with Adobe Systems will be rolled out, where viewers automatically see a program when they click in. They can either watch the program or choose something else through an upgraded viewer guide. Grade: 3.5 Jacks.

Hosts: Berger was engaging, the advertising presenters less so, due to all that lingo noted above. Topping both by a mile: Jerry Seinfeld in suit and tie, mixing an explanation of why his “Comedians in Cars Getting Coffee” went to Crackle rather than TV with his views about the Internet. "The Internet is the most freeing experience I've ever had. You can be in the world of cat videos and get a great audience ... Super Bowl-size," he joked. Seinfeld then conducted a short audience question-and-answer session, something you never see at events like this. Best response (when asked about user-generated videos): "The less the better. They're a lot of (bleep). We have a giant garbage can called YouTube." Grade: 3 Jacks for the hosts/4.5 Jacks for Seinfeld.

Overall Grade: 3 Jacks That advertising section jarred the pace and tone set by Seinfeld, the Sony executives and a nice bunch of video clips.

Special notes from the Crackle presentation:

Best reminder to turn off electronic devices from an announcer so far this Upfront season: "We have drones watching you."

Sony's PlayStation unit will move into the NewFront time period Crackle would have occupied on April 29. Unfortunately, that presentation will be closed to press, which doesn't make sense. It's not too late for Sony to reverse the call and let journalists in or hold a 30-minute public debrief or conference call immediately before or after this affair.

Next up: TV One, back after a two-year absence.