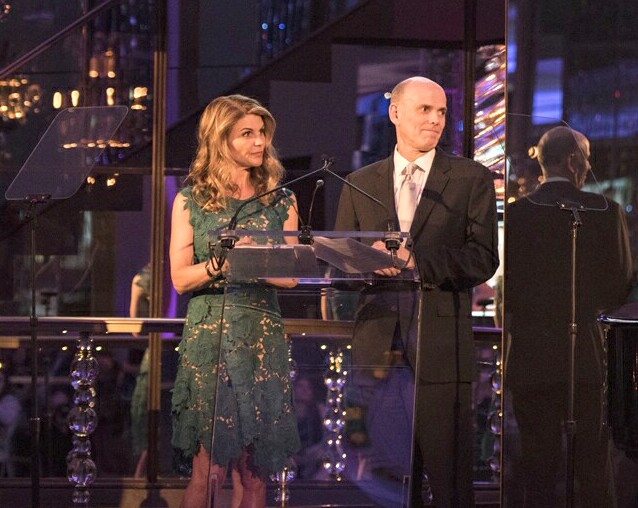 In recent years, Crown Media largely handled the Upfront by serving up an intimate luncheon and presentation by executives for journalists. A popular Upfront attraction among those attending, that tradition came to an end in 2015. You could say Crown stepped way up last Wednesday with a spectacular gala at the Rainbow Room.

Venue: The Rainbow Room at Rockefeller Center, perhaps the most elegant space of its kind in New York. Nothing beats those views of the skyline; the pristine grey carpet and matching table settings, or the rotating floor in the center of it all. The only major alteration for the event was the installation of two overhead video screens. What's more, there was a pre-dinner reception one room away with a big skyline view on one side. Outstanding! Grade: 5 Jacks

Presentation: With the Rainbow Room as a suitable backdrop, Crown staked its claim as a major network player, giving advertisers "365 days of opportunities," with Hallmark Channel and Hallmark Movies & Mysteries, according to Crown Media Family Networks President and CEO Bill Abbott. Year-over-year ratings for both services are way up, with Movies & Mysteries viewership up 66 percent so far in 2016. Whatever time of year a sponsor wants to tout products or services, there's a campaign or content to work with, whether for major holidays, wedding season or the Super Bowl. Short videos highlighted specific campaigns or programs, while network celebrities gave testimonials for ad commitments to family-suited content. "As a mom, the need for family-friendly entertainment is paramount," declared “When Calls the Heart” star Lori Loughlin (pictured at top with Bill Abbott). The most unique testimonial came from James Denton, co-star of “The Good Witch” and a former ad industry employee.  "I owe my (acting) career to people like you,” he said. “This series is the best experience I've ever had."  One drawback: The pitches for specific campaigns like “Countdown to Christmas” lacked info on a specific attraction or two. Grade: 3 Jacks

News: More than 75 original movies will play on both Crown networks between this spring and mid-2017, including a record 18 made-for-TV new Countdown to Christmas-oriented titles. On the flip side, it appears Hallmark Channel will not boost its output of original scripted series in comparison to other networks, at least not now. Three is the max, with “Chesapeake Shores” (with Treat Williams and Diane Ladd among its stars and Emmy-winning producer/writer John Tinker as overseer) launching in August, replacing “Cedar Cove” (Hallmark's first scripted series), which was cancelled last December after three seasons. Elsewhere, the annual National Christmas Tree Lighting ceremony from Washington, D.C., the last one with President Obama and his family participating, will become a TV special for the first time via Hallmark, in association with the National Park Foundation. Grade: 2.5 Jacks 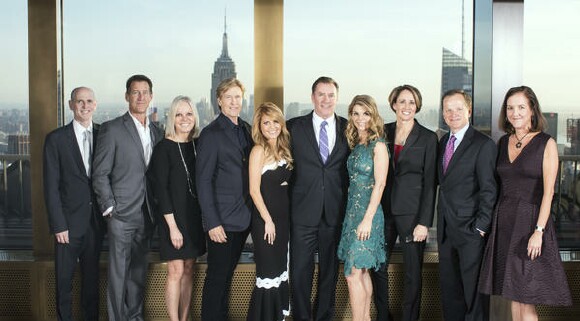 Star Time: John Ondrasik, aka Five for Fighting, serenaded the audience with solo piano versions of his work -- the poignant hit "Superman (It's Not Easy), "100 Years" and "I Just Love You," all terrific. Ondrasik also scored with his between-song remarks. "I'm not in the 25-54 demo (and) I lost 100 bucks on the Kitten Bowl,” he said. “Sometimes I'm embarrassed by what's heard. Good composers don't need to put an f-word in their lyrics." My favorite: "There's always a great song around you if you hear it." Such a cool mantra. Grade: 4.5 Jacks

Next up: Discovery Communications and FX Networks

Until next time, stay well and stay tuned!