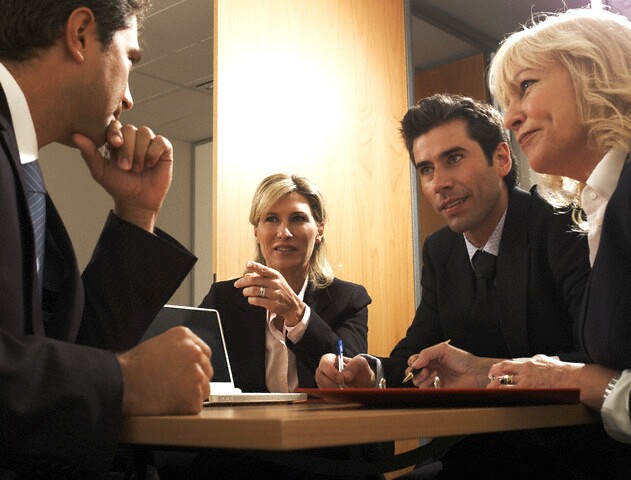 As this cycle of Upfront presentations approaches its grand finale next month, and more broadcast and cable networks launch more programmatic means of executing ad sales, some advertising executives are wondering aloud (or in private) if they'll be forced into a judgment call with major ramifications regardless of their choice. Those choices were made clear last week over breakfast at Cadent Network's forum at the elegant Edison Ballroom: Base your Upfront commitments on the quality of TV content and its location, or on the qualities of who's watching, gathered from improved data gathering and programmatic technology.

Assembly Chief Investment Officer Catherine Warburton acknowledged that advertisers have to take into account the different ways audiences engage with content, whether through smart TV sets, smart TV-making devices such as Roku or Apple TV, smartphones or tablets. "That's why some ad dollars are coming back from digital to (TV through the current scatter market)," she pointed out. "However, we've always bought on content. The question we ask is: ‘What's the best super-premium content for a client?’ Then we seek out the audience and look at the access the audience has with all the screens."

On the flip side, GroupM Chief Investment Officer Rino Scanzoni is ready to push his crew into the qualities of audience camp. Within the next 12-18 months, his agency can tap measurements reliable enough to monitor how aggregated viewership for specific networks gets beyond age, sex and geography. He also believes "the marketplace will speed up" in that direction. "Transactions will move away from being content-based," Scanzoni argued. "We'll also find out that the audience level for TV is not dropping. [It’s] fragmenting to other [TV] platforms, and when the measurement gets more precise, cross-platform buys will increase."

If this movement results in sales taking a total audience, and a diverse audience, into account, the better, added Havas Media Executive Vice President of Integrated Investments Melissa Keller. "We have to move that way,” she said. “Right now, we're being priced out of that future."

Whatever side of this fence ends up mattering most to agencies or advertisers, "It's all about thinking differently, and [more] provocatively, than we do now about where your audience is," noted Erica Schmidt, Executive Vice President/Managing Director of Cadreon's North America unit. "You have to embrace the change."

In a separate on-stage conversation Tim Sullivan, former Vice President, Media at The Wendy's Company and Andy Jung, Director of Marketing and Communications at The Scott's Miracle-Gro Company didn't tip their hand for which choice they believe will win out. "At the end, we're trying to grow a business and execute it in an effective way," Sullivan concluded.

No matter what, "You have to understand your [media] ecosystem and see how new ideas fit into [it]," Jung added.

I’m certain that all in attendance left with new ideas to debate at their own advertising workspaces. Give credit to the panelists and moderator Jack Myers for that. They outcome of those debates will likely be manifested to some degree in upcoming Upfront activity this late spring and summer.

If Cadent or someone else offers a repeat of this event next year, here's a suggestion: Bring both agency and advertiser panelists back on stage to face each other, exchange views and maybe reach some consensus.

Notes from the Passing Parade

And now for some quotes from last week's TV & Film Finance Forum East, which took place in New York and was presented by Winston Baker.

"The content line (between film and TV) is blurred. The talent line is blurred. There's chaos, and that's somewhat of a good thing. Nobody's pigeonholed anymore. Netflix has more business models than all the other companies on your screen put together." -- Lindsay Conner, Co-Chair of Manatt, Phelps and Phillips LLP's entertainment/media practice

"[The lack of female representation in media] is the most egregious situation around. You need an effort by studios to face some of their talent priorities and hiring practices." -- Broad Green Pictures Chief Executive Officer Gabriel Hammond

"Never has there been a better time to tell adult stories on TV. Now movies are the corny things, and TV shows are the serious things. I'm so excited for where the future is going, with so many outlets to tell stories." – “Boardwalk Empire”/”Vinyl” creator and executive producer Terence Winter

"TV has woken up to the fact they should be doing more TV based on books." -- APA agent Lucy Stilie

"I like the Amazon model where you let the audience decide [what series go on]. When you win, you win." -- Aquarius Entertainment Chief Executive Officer Gary Pearl

"There's a whole world of Gen Z who will buy content in a way that adults never did." -- Cake Works Co-Founder/Chief Executive Officer Rebecca Paoletti