Upfront News and Views: Music and Millennials at BET Networks 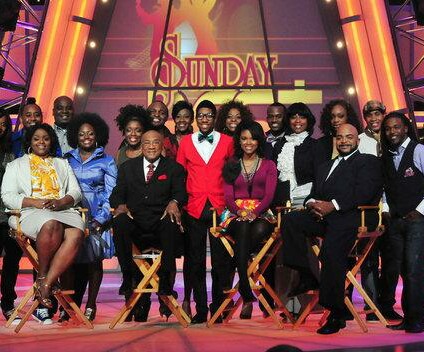 Venue: Another go with Rose Hall, Jazz at Lincoln Center's main stage inside Time Warner Center at Columbus Circle. For the first time ever, BET gave early arrivals a 40/45-minute concert involving three singers featured on their "Music Matters" programming. All three -- Steve Lovell, Kevin Ross and Elle Varner -- were outstanding. Ross is a John Legend-in-waiting, while Varner has a Carole King-modeled quality in her voice and songwriting. Not easy to be a master of ceremonies with a lot of the early crowd talking among themselves, and “The Xperiment” co-host Amberia Allen gave it a wonderful shot. Let's encourage BET (and other Upfront presenters) to fire up the live pre-presentation music. Grade: 4.5 Jacks for both Rose Hall's splendid stage and those performers on the rise.

Presentation: "Experience" was the theme here, led off by “Furious 7” co-star Tyrese and pursued by BET executives including CEO Debra Lee. When the commentary and videos (often hyperkinetic) didn't advocate more sponsor dollars to BET and sister channel Centric (now targeting African-American women), they were celebratory in tone, marking BET's 35th anniversary and 15 years of The BET Awards, one of the most widely-viewed specials on any cable network. Programming president Stephen Hill noted that at age 35, "we are young, energetic and sexy," with more originals forthcoming year-round. Midway through, Louis Carr, BET's ad sales president, introduced the argument that his channel "dominates millennials (40 percent of African-Americans, according to one study)."The always smooth Carr was upstaged by a heckler identified as "Nelson Nielsen" who added his voice to the anti-ratings rhetoric marking every event this year from Viacom-owned networks. "I haven't met one black guy with a (Nielsen) box in his home," Nelson roared. "I'm the only (Nielsen) household.I haven't slept in two years. If I fall asleep while I'm walking, only God and Kanye West will know what's happening. Nielsen, if you're listening, please, just fix the damn system!" Grade: 3.5 Jacks

News: A mixed outcome, based on what was announced at the event, what was announced in a press release but not in public, and what was left out. Singer/actress Brandy Norwood will headline new BET romantic sitcom “Zoe Moon,” and the unscripted newbies include “Chasing Destiny” (female superstar hunt led by Destiny's Child member Kelly Rowland), “About the Business” (urban Hollywood profile), “Criminals at Work” (workplace crimes) and “The Label” (rap/pop music history over the last quarter-century). Journalists who didn't get the press release didn't know about a reboot of “Punk’d,” the long-running MTV prank show, or “DeSean Jackson Home Team,” featuring the popular Washington Redskins player. And while Queen Latifah appeared twice to tell attendees about Centric (and unscripted series “From the Bottom Up” and “Curve Appeal” from her own Flavor Unit Entertainment venture) she left out Flavor Unit's intention to premiere four BET original movies over the next year (“Brotherly Love”/”November Rule”/”Deuces” and “S.N.I.T.C.H.”). Not noted anywhere: The status of “The Start-Up,” BET's next scripted series first announced last spring, and plans for a six-hour Nelson Mandela miniseries, following up on “The Book of Negroes,” the channel's first original mini and possible Emmy Awards frontrunner (especially for star Aunjanue Ellis). Elsewhere, BET will offer boxing on a regular basis for the first time (up to nine two-hour Roc Nation Sports specials through late 2016). Grade: 3 Jacks

Host: Lee, Hill and Carr were their usual smooth best, then kept their cool when the finale from Ludacris was delayed due to stagecraft issues. In one of the most poignant musical highlights this year, singer Yolanda Adams performed "I Believe I Can Fly" (accompanied on piano by “Sunday Best” host Kirk Franklin) in tribute to Bobby Jones, whose long-running BET gospel program ends this fall. Grade: 4 Jacks.

Overall Grade: 3.5 Jacks The musical content balanced out a presentation solid on celebration and encouraging ad support but uneven with its original programming details.

Other notes from the Upfront/Digital Content NewFront passing parade:

Web site and video player Vox Media, not able to get NewFront time through the Interactive Advertising Bureau, went its own event way last Thursday morning at Paley Center for Media. However, just like many NewFront presenters, Vox didn't alert the press of its effort. Therefore, not much coverage. We’ll give them 0 Jacks for that.