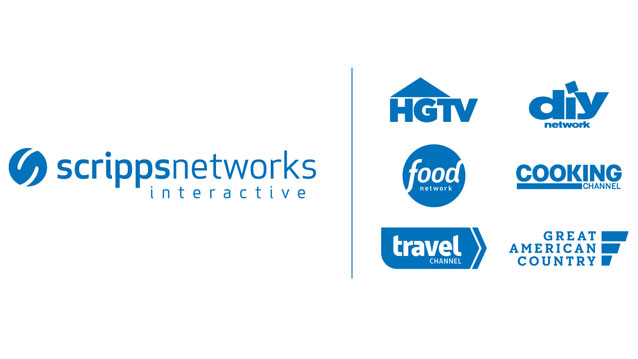 Scripps Networks Interactive, with HGTV and Food Network leading a stable of six lifestyle services, usually makes New York the next-to-last or last stop on its annual Upfront tour. In a change of timing for 2016, NYC served as a midway point, albeit the largest in audience, with more events ahead throughout April.

Venue: Alice Tully Hall, located on the corner of Broadway and W. 65th St. Network personalities were highlighted on the billboards outside, while network logos were displayed on the glass wall welcoming attendees. Food and drink areas were spaced throughout the lobby. It wouldn't be a Scripps Upfront without three amenities: Each network getting a nook of the lobby for celebrity snapshots with attendees after the presentation; food and drink served before and after the presentation, and lobby monitors allowing guests to watch the presentation. Inside the hall, it was nice to watch a different pre-show approach. Yes, we got the giant screen in the center, but it was above a row of five small screens and the visuals complemented each other. Grade: 4 Jacks

Presentation: The big argument for spending more on the lifestyle content Scripps distributes -- ratings are up across the board, and the growth comes from more people watching that content live. "These live real-time impressions are the best ones advertisers can buy, and the ultimate compliment a viewer can pay," declared Jon Steinlauf, the company's President of National Ad Sales. With the introduction of series over the last year featuring kids or teenagers getting creative in the kitchen and home, such as “Chopped Junior” and “Kids Baking Championship” on Food Network, there's a spike in family and Millennial viewership that sponsors can utilize. In return, Scripps' channels will perk up their lineups with more series that are humorous in tone and sometimes celebrity-driven. "Fun is a big focus for us this year," noted Chief Programming, Content and Brand Officer Kathleen Finch. "Our game plan now and for the next five years: Make content that matters and turn talent into household names." Most of the videos were lighthearted and eye-catching, especially one filled with factoids on the show hosts. Example: 750 walls torn out by Vanilla Ice during his DIY engagement. Grade: 4 Jacks

Star Time: Celebrities on hand were relegated to brief on-stage interviews or taking applause from their seats. Latifah used her on-stage time to highlight a favorite beach. "That's where the hot bodies are,” she said. “Just don't leave your sandals there. They won't be there when you get back." Grade: 3 Jacks

Cuisine: Sliders and funky BBQ were the main attractions. Best chow-down: anything chicken, from micro tacos with pickled relish on top to buffalo chicken sliders, with a refreshing corn salad close behind. Worst chow-down: the salmon skewers. No zing unless you used the dressing on hand. Best thirst-quencher: a berry mimosa served at the press breakfast -- great zippy mix of strawberry, blueberry, raspberry and lemon. Worst thirst-quencher: a kiwi/spinach mimosa, also from the press breakfast. Even Popeye couldn't pack some punch into this. Grade: 3.5 Jacks (Note: Cuisine ratings do not factor into the overall Jacks score.)

Next up: Crown Media (Hallmark Channel/Hallmark Movies and Mysteries)