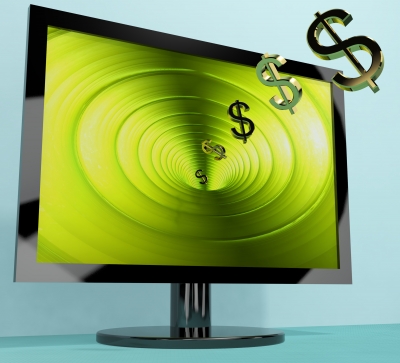 The disparity in Upfront performance among networks was more dramatic this year than in any year in recent history. While several cable and selected broadcast networks experienced significant revenue growth, some broadcast networks were down significantly and others were relatively flat. Overall, the Upfront settled in at two percent below last year's revenue totals. Myers does not publish estimated spending due to the many future variables impacting actual advertiser investments.

In this year's Upfront, Fox and MTV Networks among other networks, moved significant amounts of inventory early while NBC Universal held out and was the last network group to close business. Executives at the companies expressed strong satisfaction with the outcomes of their negotiations. Several cable networks, including A&E Networks and AMC, generated growth well into the double digits.

Late night network TV was extremely strong, while news collapsed, suffering from both ratings losses overall but more significantly from overall declines in advertiser demand and resulting drops in costs-per-thousand. Little attention has been paid to the overall declines in advertiser demand for news and whether this is a cyclical issue related to a non-political season or more systemic issues. Specifically, advertisers may be reluctant to associate with news that contributes to societal polarization, and may be concerned that audiences are moving away from news programming due to the constant flow of negative commentary and war-related coverage.

Conversely, the flood of money into late night entertainment and comedy, drama and reality programming argues that advertisers may be seeking more escapist programming. Dollars also flooded, as expected, into the broadcast networks' full episode players (FEP), including Hulu, plus the digital assets of NBCU, Turner Broadcasting, AOL, Yahoo, Vevo and other main-stage digital video producers and distributors. Smaller and mid-tiered online video sellers experienced a post-Upfront surge but did not generate the gains they expected… yet!

Network digital revenue growth is difficult to measure since, as one agency executive pointed out, "most advertisers have accepted the fluidity model, where clients accept make-good inventory up to an agreed percentage to meet delivery guarantees. The cash value is carried against the broadcast inventory." Online originated video revenue growth can be more accurately measured and is funded from both TV and digital video budgets.

While most broadcast networks did not generate the revenue gains they expected, costs-per-thousand increases were generally consistent with their goals and they remain optimistic about scatter market potential. Cable networks and syndicators also expressed satisfaction with their overall results with several networks reporting growth well into the double digits. For the most part, agency media buyers appear satisfied with the outcomes of their negotiations and their ability to deliver on plan.

Once again, though, network TV cost efficiencies increased at a rate significantly above inflation. Marketers' procurement officers were paying close attention to this year's Upfront negotiations and are expected to become progressively more involved with agency buying desks and negotiating processes and systems. As programmatic and automated buying and selling becomes more embedded in the media business, the Upfront remains an ideal and high visibility marketplace for procurement and trading desk attention.