On the heels of the announcement of the acquisition of Screenvision, NCM did not disappoint during Upfront Week. It is putting a full court press on marketers with new strategic partnerships that have given them control of this niche in the premium video space. The Bigger Picture theme of the event rang true as NCM proved to have the biggest screens, captivated audiences and most importantly no way to skip ads.

Venue : AMC Lincoln Square was an ideal setting for NCM to highlight its blockbuster entertainment programming. The pre-show kicked off with popcorn and sodas, creating the moviegoer experience through familiar smells and tastes. After viewing the program in the movie theater, guests headed next door to the concession area (lined with classic Hollywood venues) for lunch. Grade: 4.5 Jacks

Presentation and Hosts : The event opened with a parody titled “Screen Trek,” a comedic take on “Star Trek” with the theme that size does indeed matter on the big screen. Comedian Frank Caliendo took it from there and began the program with a monologue about everything from his first job out of college, which happened to be in advertising, to impressions of Morgan Freeman, Al Pacino and Liam Neeson. Cliff Marks, President of Sales and Marketing for NCM took the stage next. His presentation was crisp and to the point. He discussed how we are now living in a video everywhere marketplace and that NCM holds their event during Upfront Week because according to its ratings, that’s where it belongs. “Our new 2014-15 upfront pricing strategy reflects NCM’s repositioning to compete in the TV primetime and live event marketplace,” he said. “Just like TV, NCM will be offering Nielsen Post Buy Analysis and demo guarantees to our upfront advertisers beginning in Q4 of 2014.” Advertisers learned about some new pictures to look for in 2014-2015, including “The Avengers: Age of Ultron,” “Dumb and Dumber To,” “The Hunger Games: Mockingjay Part I” and what is sure to be an instant classic from Disney/Pixar, “Inside Out.” Dave Kupiec, EVP of sales and marketing walked the audience through a string of announcements, from the makeover of Firstlook, NCM’s pre-show program to partnerships with Shazam, Maker Studios, Ideas United and The Grammy Awards. Grade: 5 Jacks

News : NCM had not shortage of big announcements to make at the event starting with the industry’s first Cinema Audience Targeting Optimizer (CATO), which give brands “the ability to create more effective media plans based on film genres that will maximize consumer targetability.” CATO is slated to launch in 2015. CATO along with the integration of Screenvision theaters into NCM’s network, which will now have 34,000 screens, in all 50 states, has positioned the company for what is sure to be an exciting year. NCM also debuted the networks new FirstLook pre-show. Firstlook gives advertisers a new way to integrate their brand into the show that is both innovative and organic. Through NCM’s new partnership with Shazam, advertisers can literally put a brand in the hands of moviegoers as they watch, making FirstLook a fast, seamless way to engage, share and purchase content. NCM and Maker Studios announced their plans to bring top digital stars and premium programming to the silver screen. Maker Studios is the leading producer and distributor of online content giving brands yet another way to associate with Hollywood and the movies on the big and small screen. With another branded entertainment play, NCM partnered with Ideas United who creates content, promotions and events for premier brands, this partnership helps brands connect with emerging filmmakers to produce content for the big screen. The last strategic partnership announced was with The GRAMMY Awards. Through this partnership NCM will have unparalleled access to artists who create and inspire movies because they recognize how truly important music is in film. Grade: 5 Jacks

Overall Grade: 5 Jacks The presentation and talent were crisp, clean and most importantly kept the audience engaged. The NCM team gave advertisers compelling reasons to start chipping away at TV budgets.

Christie Allen is Director of Member Services for MyersBizNet. She joins us from sports marketing, 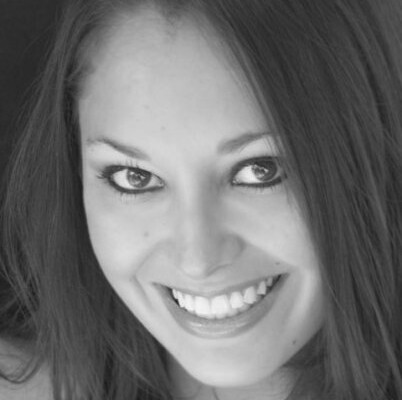 having served in premium sales and services roles focused on Fortune 500 companies, most recently with the New York Yankees and previously with the Charlotte Hornets. Christie can be reached at Christie@jackmyers.com.