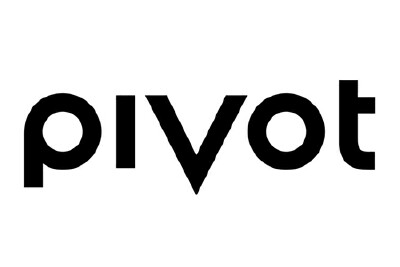 With Passover at one end and Good Friday at the other, only one programmer weighed in last week with a New York event. This lull will not be long-lasting. The pace heats up this week with events from Scripps Networks, MTV and BET, and debuts by Revolt TV and Cinemoi North America.

Venue : Lower level of the famed Lamb's Club on W. 44th St., around the corner from the Broadway studios of “Good Morning America.” El Rey Network kicked off this event parade two months ago from Lamb's second-floor Stanford White Room. This lower eating locale was bigger, framed by bold designs and head-shots of the channel's top talent. Give the house chef credit for sensitivity toward attendees marking Passover by having matzoh at all tables and a tasty egg whites dish as an alternative to French toast. Unfortunately, the egg whites could have been somewhat bigger. Grade : 4 5 Jacks

Presentation : In just eight months, Pivot has plenty to tout -- and that’s exactly what president Evan Shapiro and parent Participant Media chief executive officer Jim Berk did. More than 45 million households can get the channel, original series like Please Like Me, Jersey Strong and TakePart Live picked up favorable reviews across the country and 196 advertisers have joined in with campaigns. "Here we are, a young fledging channel," Berk said. "We believe in the power of media to compel people to live a powerful life." Millennials, or Generation Y as Shapiro defines them, are the audience Pivot is out to compel with its format. Videos featuring some Y constituents who watch the network regularly suggested Pivot is drawing a solid audience (in advance of qualifying for Nielsen ratings). Moreover, Pivot is attracting "upstanders," the 18-34 Gen Y sub-set that (according to a new Nielsen segmentation report) gets more involved in social issues and rewards companies/brands that do likewise. “They love TV on TV. They want TV to take on the most important issues of the day," Shapiro said. "They expect more from TV and want the brands they use to stand for something."

Pivot joined other press-directed events this year in spreading talent appearances throughout the presentation.Grade : 5 Jacks

News : TakePart moves from midnight into primetime for its second season debut May 12, with Watch What Happens Live, Talking Deadand Cutthroat Kitchen producer Embassy Row involved as collaborator. A new monthly feature there will be "Change Lab" -- an in-depth investigation of global issues underwritten in part by the Bill and Melinda Gates Foundation. Cesar's Last Fast kicks off the10-part Pivot/Univision documentary series May 24, simultaneously running in English and Spanish. Three new series are set to debut in the second half of 2014: Docuseries Human Resources(life inside a waste recycling facility) and Welcome to Fairfax (a Los Angeles incubator for creative artists) and improv musical comedy Freestyle Love Supreme. Separately, eco-thriller Fortitude, the Sky TV production Starz first agreed to co-produce, then backed out of a few weeks ago, will now have Pivot co-producing. Will, the young Will Shakespeare surreal drama from The Great Gatsby/Moulin Rouge writer Craig Pearce (announced at Pivot's press conference debut last April) is still in play -- further details ahead. Series in development include animated Leader Town, scripted Panic Years, Prison Earth and Thirst, nonfiction American Rewind, America's Got Issues andI Am Young Detroit, and Creative Collection, a short-subject anthology series designed in part to pilot new programming concepts. Grade: 5 Jacks

Overall Grade: 5 Jacks This network is on a mission and knows how to showcase it. The clips and talent left us impressed that for Pivot, year two playing in the universe of TV channels will bust some important moves.

Another observation from the upfront parade:

***Two years ago, Scripps Networks was the only programmer devoting considerable time at an upfront event to inventive campaigns by sponsors which far exceed 30-second buys. Great to see other presentations follow suit this year, including Discovery Communications and GSN. Pivot's effort last Wednesday morning, described by Arianas, moved the needle even more, thanks to an organization known as Students of the World. Young film/TV production talent from college campuses put together elements of Monster.com/Monster Worldwide's "Find Better" campaign on the channel, including 10-minute TakePart Live segments and a 30-minute Generation Jobspecial. Other Students of the World-affiliated talent produced spots for a number of first-time national advertisers, such as Storyfield Organic foods. Keep watching what Students of the World does from here -- for Pivot and other TV networks.

Speaking of Scripps Networks, their event is up tomorrow.