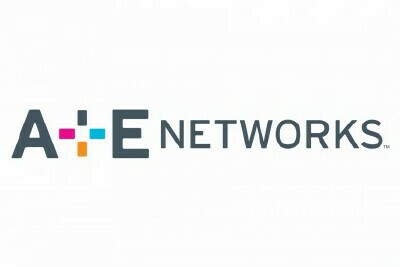 A+E, marking thirty years as a programmer in 2014, has made a habit of doing its upfront event the week before the broadcast channels have at it. No exception this year.

Venue : Park Avenue Armory, occupying a block of Park between 66-67th Sts. Believe it or not, this may be the first time this spacious facility has played home to such a happening. A few steps into this place with its beautifully decorated lobby with grand stairways on both sides and you wonder why it's taken so long for someone to make use of it. Maybe with the close of Roseland Ballroom, a venue favorite the last two years, this place can rise up. Copying the formula used at Lincoln Center last year, talent and key executives sat in the front on plush sofas, with chairs and tables for everyone else. Each channel had a space on either side for talent to gather and meet attendees or pose for pix. The after-menu included mushroom sliders, sushi, lobster rolls and sweet potato fries. Grade: 5 Jacks

Presentation : With a $1 billion investment for original programming, A+E will split that wealth among six networks -- A+E, History, Lifetime, H2, Lifetime Movie Network (LMN) and FYI (morphing from Biography Channel July 8). All but LMN got equal time in this effort, with celebrity introductions, then top executives offering highlights and coming attractions. First, A+E president and CEO Nancy Dubuc did some debunking of the philosophy that online now reigns supreme, referring to AOL's "Is TV Dead?" ad running in various trade press the last two weeks. "I'm here to tell you TV is not dead. Our medium is constantly evolving as are we," she said. "We're in the next golden age of television. If Netflix, Amazon, Hulu, Google, Microsoft and others thought TV was dead, they wouldn't want to play in our sandbox." Grade: 5 Jacks

News : FYI will debut with 300 hours of new programming and 15 series during year one. Among the attractions: We're Moving In, where Pinterest and users of that social media site participate in each episode; Say It To My Face, involving consumers giving restaurant owners or chefs feedback based on their online commentary, and Lachey's Bar, about brothers Drew and Nick launching their own establishment in hometown Cincinnati. Expect 18 new/returning series on H2 in the year ahead, including special events America the Machine and The Shift. Scripted miniseries Houdini (with Oscar-winning actor Adrian Brody in the title role) andSons of Liberty, announced last year, will debut on History in the coming months, with The Liberator among projects in scripted development. At A+E, more than 60 projects are in the development hopper -- double the action of last spring. Dogs of War, where soldiers encountering post-traumatic stress syndrome are united with canines, will be among the early nonfiction series launching there. Lifetime's upcoming slate includes additional movies taken from the Flowers in the Attic book series (plus a Marilyn Monroe bio-pic), dramas The Lottery and Unreal, and Bible-derived miniseries The Red Tent. Grade: 5 Jacks

Host : Dubuc and her executive colleagues kept the patter tight and the videos plentiful. One playful quip from Dubuc, following an introduction by Donnie Wahlberg (Wahlburgers): "I love it when a man knows his place. Right, ladies?" Vampire Weekend did a mini-concert during the post-show. Their folk-inspired tunes have a great beat.Grade: 4.5 Jacks

Overall Grade: 4.5 Jacks All the elements clicked from start to finish, including how the Park Ave. Armory was decorated. Missing in action: A segment for LMN.

Now it’s on to this week's parade of upfront events involving broadcast, cable and Latino networks. I'll join Ed Martin and other MediaBizBloggers on patrol. Check out our reviews in the days ahead.