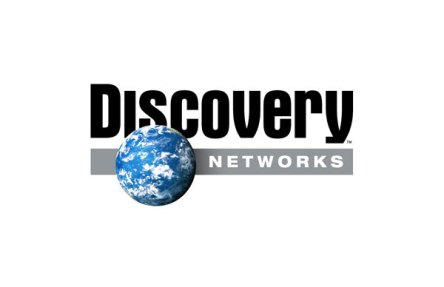 Few annual upfront presentations get so elaborate and turn their focus on a dime than those if Discovery Communications. Their 2014 multi-network showcase was the second of two upfronts happening last week.

Venue : Another go with Jazz At Lincoln Center's Rose Hall auditorium. The crowd coming this time was welcomed with a giant screen displaying different takes on the line "Keep on Discovering..." In two firsts, perhaps to hint that everyone was in for a long presentation, small water containers were passed out, while people could charge their cell or smartphones at a station next to the escalator. For the first time in a great while the usually flawless Rose Hall tech crew landed a snag when the opening video had to be rewound and played again due to audio difficulties.Grade : 4 Jacks

Presentation : The longest Discovery offered to date, just shy of two-and-a-half hours. As always, individual networks from Animal Planet to Velocity had segments all their own, filled with live personality cameos and videos. For a framing device, once again Discovery chief executive David Zaslav and ad sales overseer Joe Abruzzese engaged in filmed repartee at a cafe table, reflecting on company accomplishments throughout. Also, after that opening video (well-narrated by Morgan Freeman) Abruzzese walked out to -- you guessed it -- "Happy," to declare a great start for 2014 ratings and greet Ron Howard and Brian Grazer on their New Form joint venture. Other highlights: Animal Planet and Destination America introducing and ending their respective turns with a choir and marching band; The Little Couple bringing their kids out and staying focused when they didn't stick to the script; a hilarious Investigation Discovery spin on Portlandia's now-classic routine of TV viewing gone amuck (wrapped by ID group president Henry Schleiff 's doctor turn), and OWN's opening video to a remake of "Higher & Higher."Grade: 4 Jacks

News : Gushing from every channel showcased. For starters, OWN signed Grammy-winning artist Toni Braxton to play Darlene Love inMy Name Is Love, the channel's first scripted movie, and is developing Tulsa, a two-night miniseries starring Oscar-winner Octavia Spencer. Discovery has more live event specials coming, including Skyscraper Live with Nik Wallenda again walking the wire, this time in Chicago. Monday nights will be devoted to series all about cars, bikes and the like. Martin Sheen will star in Revenge of the Whale, Animal Planet's first original movie, and debut a set of specials led by The Yao Ming Project, Last North and Walking the Nile. ID has Vanity Fairon board for a series based on some of their articles. Spies of Los Alamos, Science Channel's second made-for film, arrives next summer. American Heroes Channel (formerly Military Channel) will count A Different Destiny among its new series. Grade: 5 Jacks

Host : All the Discovery Communications executives on stage kept their sections of the presentations moving. Grade: 4.5 Jacks

Overall Grade: 4.5 Jacks There was lots to digest and enjoy, accompanied by Discovery's always strong way with video segments. Still, we did miss something besides the videos that had our breath on edge compared to last year, when Wallenda went way above one side of Rose Hall to the other and had every eye glued to his daring.

***Discovery's two Spanish-language channels along with The Hub and Discovery Fit & Health were mentioned in passing, but 3Net didn't even merit a logo. The Spanish-language services will get their own upfront event next month. As for The Hub, 3Net and Discovery Fit & Health, how about separate press briefings or releases so their latest developments don't get lost? The Hub, amid news their format focus will move from kids to families, could use a briefing for sure.

***Pay attention to the New Form venture with Howard and Grazer. Despite early statements from them that short Web subjects are the focus, they've got a great platform to pilot new scripted/unscripted series Discovery can take to any of its channels or market somewhere else.

Next up: Up/Aspire and FX Networks