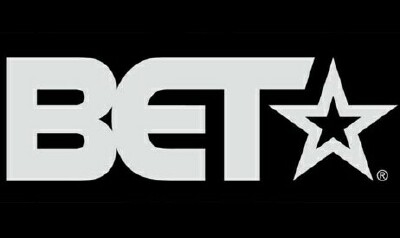 BET and sibling channel Centric held court in the first of two New York upfront events featuring Viacom-owned channels last week. The second, almost 24 hours after this one, put the spotlight on MTV, MTV2 and in a quick sequence, Logo.

Venue : Ziegfeld Theater on W. 55th St., home of ABC Family's Pretty Little LiarsTwitter fest last month. The theater's stage was bright and star-filled, as in stars on all sides. No podium in the center and just two small raised platforms at either side. Attendees were served rice noodles with a choice of meat, veggie and sauce, along with soda and popcorn. Grade: 5 Jacks

Presentation : In one of the more clever approaches to an upfront event this season so far, BET went into self-award mode by arranging its points into various categories, similar to the Oscars or Emmys, then handing out trophies to the winners. For example, Being Mary Jane slam-dunking for Best Success Story, or Real Husbands of Hollywood, The Gameand Sunday Best among the Best Big Hit nominees with BET "the winner." (My favorite: Ad/media sales president Louis Carr honored for "Best Pitch in the Business." If this was a real annual honor, Carr would win or be in contention every time. Real Husbandsco-star Boris Kodjoe hosted the affair, and all the celebrities came from their seats to present or accept. Another fun touch: All the presenters highlighted in a credit roll to "This Is It," The Bugs Bunny Show theme (high up among the supreme TV classics). Speaking of themes, BET's was "The Total Market Begins Here" -- as in African-Americans blaze the trail for influencing "what's hot, what's next, what's trending," in Carr's words, backed up by a video with executives from Allstate, McDonald's, Macy's and agency OMD. Carr invited the crowd to factor them into mainstream media decisions. "We understand counting the people you reach," he said, "but you have to reach the people that count." One drawback: like the Oscars, the time ran way too long thanks to all those categories. Grade: 4.5 Jacks

Host : Outstanding turn by Kodjoe, mixing the funny with the dignity off the bat by announcing Viacom CEO Philippe Dauman and COO Thomas E. Dooley as the next Real Husbands. (Memo to Oscar executive producers Craig Zadan and Neil Meron: How about considering Kodjoe for 2015? No kidding!) Two of the best moments were off-script: Being Mary Jane star Gabrielle Union celebrating the network for "not throwing away talent" and CEO Debra Lee on the new Centric focus. "I've been looking for a way to have a black women's network for many years, and we finally have one." Grade : 5 Jacks

Overall Grade: 4.5 Jacks Thumbs up for the approach and its execution; thumbs slightly down for running with that longer than necessary. Plus, another thumbs up to Carr for continuing his track record for pitches that raise issues that deserve more ad community attention.

***For the second time last week, two upfront events ran head-to-head on a given night. Scripps Networks and Revolt came first, then BET and newcomer Cinemoi North America (on Verizon Fios systems nationally with more system clearances ahead). Cinemoi’s event was at Michael's, the posh restaurant on W. 55th St. Based on the popular service offered worldwide, Cinemoi offers movies, fashion/lifestyle presentations and live coverage of film and entertainment festivals. Because BET ran overtime, I reached Cinemoi's presentation toward the tail end, including the closing numbers of a performance by YouTube music sensation Alex Boye and his band. Dynamite sound and yes, "Happy" was on the menu as Boye's closing tune. Give this channel applause for drawing a full house for its New York event debut.

***We've got a pair of new themes running throughout recent upfronts. One is millennials and how to reach them. For some networks, it's critical to the point of shifting format. Others, like Revolt, believe this demographic deserves another classification. The other is influencers, the trend-setting audiences bound to watch TV more than the norm. Pivot calls them "upstanders." Diversity figures into this picture, whether the network in question advocates African-Americans, Latinos and Asian-Americans as a major influence for mass society. Keep tabs on both themes as the event season climaxes in mid-May.

Next up: MTV and Microsoft, the latter an opening day attraction for DigitalContent NewFronts 2014.