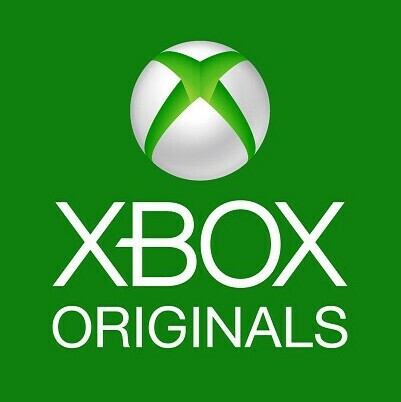 MTV wrapped the April portion of this TV upfront season last week, while Microsoft and its long-awaited move into interactive TV content was among the first Digital Content NewFront attractions.

Venue : Beacon Theater on Broadway between 74-75th Sts., same as last spring. The art on all sides and the ceiling of this entertainment hall is as splendid as ever, thanks to recent renovations. As was the case last year, MTV greeted the crowd with videos from its ongoing "Artists To Watch" project, projected widescreen at the center of the stage. Personal favorites among this bunch: A Great Big World (duo with a Simon & Garfunkel style) and Fifth Harmony. Grade: 4.5 Jacks

Presentation : Snappy showcase of clips from future MTV and MTV2 series, wrapped around music performances and banter from Nicole Byer, Andrew Schulz and Charlamagne fromGirl Code and Guy Code, respectively. (At one point, MediaBizBloggers overseer Jack Myers received a shout-out from them after quoting some of his research findings.) No, you won't find MTV executives (including the ad sales people in charge) anywhere near this stage. The performances came from Bastille, Paramour (with lead singer Hayley Williams, one bright fireball of an entertainer) and electronic music maker Zedd. His rendition of the hit songs "Clarity" and "Stay the Night" (accompanied by Williams) came with a spectacular burst of light beams from both sides of the stage. Bastille's performance was enhanced by a similar light display. Grade:4.5 Jacks for the presentation, 5 Jacks for the light shows.

Host: Byer, Schultz and Charlamagne had the audience laughing hard and long throughout the event. New catch-phrase out of here: "Get work-drunk." (Byer) Grade: 5 Jacks

Overall Grade: 4.5 Jacks Outstanding display from start to finish, plus a sense MTV has its best assortment of new series en route to viewers in a long while. To use current lingo, Jersey Shore? So yesterday.

Venue : Skylight's portion of Moynihan Station, the U.S. Post Office building across the street from Madison Square Garden on W. 33rd St. (home to AOL's NewFront presentation last year). Tasty chicken on mini-waffles was among the appetizers served to a large crowd that included reps from Time Warner, NBC Universal, Discovery Communications, A&E and Netflix. The spacious main hall had backless sofas and tables on either side along with white chairs. Grade: 5 Jacks

Presentation : Two years ago, Microsoft opened the multi-event NewFront era with a three-and-a-half-hour affair with no break, no cohesion and plenty of moments going nowhere. What a turnaround. This effort had great pace, energy and momentum, all with one focus -- unveil Xbox Originals, Microsoft's long-awaited move into interactive TV series and events distributed by Xbox. Nancy Tellem, the former CBS executive in charge of Xbox Entertainment Studios, and new executive vice president Jordan Levin (once head of The WB), left no doubt their work wants to stand as a high bar-raiser. "This is where TV wants to be," Tellem said. "We're out to be the first premium entertainment network with full interactivity ... with storytelling that's fearless in the face of the impossible." Everything emerging from this venture "will be smart and disruptive," Levin added. In demonstrating the kind of interactivity Xbox will provide, Tellem showcased Possibilia, a short film at this year's Tribeca Film Festival where viewers select where the scene goes at various points, using two, then four, then eight, up to as many as 20 choices highlighted at the bottom of the screen. Possibilia and its creators (on hand for the showcase) provoked plenty of buzz with their work. However, with one exception, there was no demonstration of how interactive Xbox Originals will be. For some in the crowd, that was disappointing. Grade: 4 Jacks

News : The Xbox Originals era begins June 13-15 with live coverage of the Bonaroo music festival from North Carolina, where Xbox Live owners can pick what performances to catch live at any time, or go backstage, or engage in social media on-screen. Up next in late June will be Every Street United, in which street-ball soccer players aim for team spots in a match at the World Cup in Rio later this summer. Oscar-winning nonfiction producers Simon and Jonathan Chinn will craft Signal to Noise, six films featuring the impact of technology on society, the first one premiering in August. Ridley Scott's production company will do a digital made-for movie based on Halo, directed by Sergio Mimica-Gezzan, which will come out this fall. First scripted series out of the game early next year: Humans(synthetic robot servants take on more human tendencies) and the Steven Spielberg-overseen version of Halo. In the development pipeline: Extraordinary Believers (hybrid live-action/animated satire from theRobot Chicken creators), a half-hour comedy/variety series involving Sarah Silverman, nonfiction extreme adventure Fearless, scriptedDeadlands, Gun Machine, Winterworld and adaptations of Xbox games Fable, Forza Metrosport, Ace of Empires, State of Decay and Gears of War. Grade: 5 Jacks

Host : Tellum and Levin, along with Microsoft global accounts vice president Stephen Kim, stayed on message and set the bar high. Actor/comedian Craig Robinson (This Is the End) contributed a take on Pete Seeger's classic song "Little Boxes" that was part homage to Seeger (who passed away earlier this year), part Xbox commercial, part sing-along and entirely delightful. Favorite line: "None of our shows are ticky-tacks and they're interactive too." Super musical contributions at the start from Bonaroo act Lake Street Dive and 70s disco group Chic (guitarist Nile Rodgers in fine form) at the end. (Disclosure point: Yours truly was invited to join other attendees and boogie on stage as Chic played. Yours truly did, to "Freak Out," "Everybody Dance" and "Good Times.") Grade: 5 Jacks

Overall Grade: 4.5 Jacks When the NewFronts wrap later next-week, this one could rank at or near the top. At some point -- sooner instead of later -- Xbox Originals must get public about where the interactivity comes in.

Next up: AOL and Google/YouTube