Upfront Update: A Multi-Platform Forecast at The Weather Channel 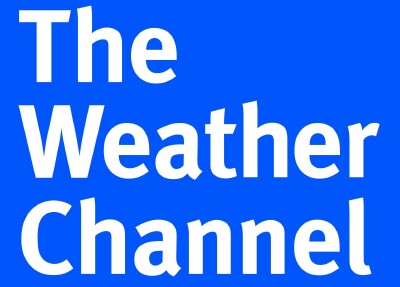 Venue : The ground-level auditorium at Times Center, located on W. 41 St. next to The New York Times Building. Inside, the rear, clear glass wall was decorated with a mix of pastoral photos and weather symbol cut-outs (think raindrop, snowflake and such). Outside, attendees were served a breakfast menu of bagels, melons, bite-size treats and teas from Earl Grey to Citrus Mint. Grade: 4 5 Jacks

Presentation : A year ago, TWC held separate events for its on-air and online/mobile platform content. This year, management used one hour-long event to deliver one message: No matter where the content gets developed, all platforms will carry it and no audience will be left out in, ahem, the cold. That content, re-imagined last fall and reinforced with the latest graphics and forecast technology, comes with the aim to show how spectacular nature can be, captured by the tag line "It's amazing out there." The pitch mixed segments from on-air talent and management with often eye-popping severe weather or nature videos, numerous plays of “Happy,” Pharnell Williams' Oscar-nominated song from Despicable Me 2, and that scene of TWC on-scene forecaster Jim Cantore giving a College Of Charleston student his15 seconds of pain when trying to upend a live report -- a scene briefly recreated live by Cantore and someone who will remain unnamed. Grade: 4.5 Jacks

News : The channel dips into the investigative reports arena with a series of documentary specials on such topics as frackking, the homeless population of an extremely cold U.S. city, and smuggling. Will To Live, a five-part miniseries launching Apri 20, documents incidents of extreme weather survival. Original series ahead include Catching Hell about the world of spear fishing (June 1), Tornado Alley, a look at the devastation and resurrection of cities impacted by tornadoes (April 28) and Now What?, exploring the choices people make when faced with life-or-death natural extremes (summer 2014). Grade: 4 Jacks

Hosts : On-camera talent from Cantore to new AMHQ co-anchor people Sam Champion, Maria LaRosa and Mike Bettes did most of the presenting, all in solid fashion. When recapping his live experiences during recent severe weather reports, Cantore choked up. "You see the resilience and resourcefulness of the American people," he said. "They are heartwarming." Grade: 4.5 Jacks

Overall Grade :4.5 Jacks Covered a lot of basis, yet demonstrated a convergence strategy throughout without hitting attendees over the head. Set a foundation for other channels out to make the same point at upcoming events. Any guesses how many events will use "Happy" in some fashion?

Special Mention : The choir singing various weather-themed tunes from "Stormy Weather" to "Hot, Hot, Hot" above a double-decker bus as the crowd departed the building. They were on key and in good spirits despite the cold surroundings.

Next up this week: Crown Media and Nickelodeon

Quick note from the passing parade: VH1 cancelledSingle Ladies, its first scripted series, earlier this month without offering a reason. Ratings for the three-season dramedy are solid, and there's plenty of storyline to work with. How about another network coming to the rescue and keeping these women around a season or more longer? Lifetime, BET, TNT, OWN, Aspire, WeTV, Oxygen -- or somebody else -- get busy.