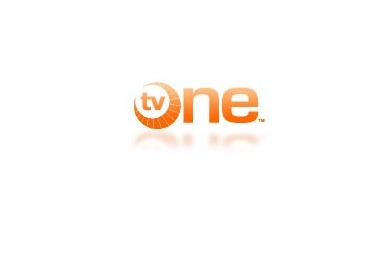 TV One led off the 2011 upfront event cycle, and returned to the scene of its debut presentation last week.

Venue: When someone works the first time around, stick with it on the second go. TV One earned praise for the layout of its debut event at Cipriani 42nd St. (across from Grand Central Station), where attendees had white sofas to sit on, decorated with orange pillows they could take home. The sofas and pillows were back last week, accompanied by white, silky blankets, Cipriani carried out their end of the bargain with good food and a stage with streaks of mango color over a white backdrop. Grade: 4.5 Jacks

News: All 14 new series coming to the channel in 2012-13 will fit three categories: reality (mostly celebrity profiles), sitcoms and justice (bringing closure to unresolved/unsolved situations).Love That Girl, the channel's first sitcom attempt, won't be back for season two. However, three more are ahead: Belles (soul food restaurant setting, co-created by The Cosby Show and Amenco-creator/producer Ed Weinberger, Church Folk (family rebuilds church in a new city), and The Rickey Smiley Show, starring the syndicated radio personality. The recent success of Find Our Missing will carry over into Unresolved: Celebrity Cases, investigating such cases as the death of singer Sam Cooke. On the reality scene, a notable non-entertainment entry is Save My Son, where parents try to reverse the fortunes of their son with intervention from therapists. Wait for 2013 or later for TV One to enter the scripted drama world, Lucas adds. Grade: 4.5 Stars

Host: Emcee Jonathan Slocumb was a mixed bag. Funny in spots, and belabored with ongoing repartee pitching a new TV One series to Judkins. The routine got tired fast, especially when Slocumb drew the pitch out...and out...and out...just before Ne-Yo came out. A glance from a member of Ne-Yo's stage crew said it all. Grade: 3.5 Jacks

Overall Grade: 4 Jacks. Solid second go-round for TV One, keeping what made the first one work and crystallizing the channel's future direction under Lucas.

Next up: IFC graduates from press lunch to early eve event, while GSN re-enters the upfront event world.