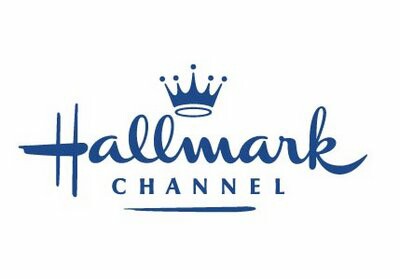 The upfront event season is just past the ides of March and already we've moved from one event a week to more than one in a single day. That bend was reached last Thursday.

Venue : Same geography, new lunch hangout. After years of serving a press lunch at the stylish Eleven Madison Ave restaurant, Crown Media moved a few blocks south to Gramercy Terrace, a tropical-fashioned yet intimate room atop the Gramercy Park Hotel on Lexington Ave. Blueberry lemonade on hand off the bat gave you a taste of the islands, as did black sea bass on the menu. Grade: 4.5 Jacks

Presentation : Another change in focus from recent years. This time around, Crown's executives, led by president Bill Abbott and programming executive vice president Michelle Vicary, shared the proceedings with celebrity talent -- Touched By An Angelcreator Martha Williamson (whose new Hallmark Channel series Signed, Sealed, Deliveredstarts in April) andWhen Calls The Heartco-star Lori Loughlin. One and all stressed further emphasis on original family-suited series and movies, plus expanding the wall-to-wall approach Hallmark Channel uses successfully for Christmas into other holiday periods. "We're reaching new heights as a network and a company. That's no small feat," Abbott said. Well-timed clips accented the pitch, as did Williamson's turn on returning to TV series a decade after the Touched finale. "We're trying to encourage people once again," she said. "We can still make a difference like this in TV." Grade: 4.5 Jacks

News : Hallmark Channel and sister network Hallmark Movie Channel will offer more than 50 made-for features combined over the next year. Two of them will be backdoor pilots for 2015 Hallmark series--Mr. Miracle, based on an upcoming novel from Cedar Cove creator Debbie Macomber, and Chesapeake Shores, created by best-selling novelist Sherryl Woods. Five original films will be created for a new Valentine's Day campaign, and another multi-film project is coming on Mother's Day. En route to all that, Hallmark Movie will rebrand as Hallmark Movies & Mysteries, marking the inclusion of more first-run films "on the softer side of mystery you grew up loving on TV -- no blood or gore," Vicary pointed out. A "Mystery Wheel" trio of recurring features (done on Hallmark several years ago) will premiere by mid-2015. Two elements are set: Garage Sale Mystery starring Loughlin and The Gourmet Detective featuringCove co-star Dylan Neal. In another development, Abbott confirmed discussions are underway with Walden Films, Proctor & Gamble and Wal-Mart to continue and expand the Friday night Walden Family Theater showcase, which offeredThe Watsons Go to Birmingham and other made-for flicks. Original series may be part of the expansion plan. Grade : 5 Jacks.

Overall Grade: 4.5 Jacks As polished as a combo press lunch/presentation gets. Nice new locale and good move to bring celebrities in for both the formal pitch and reporter question time after.

Venue : First time out this year for Jazz At Lincoln Center's Rose Hall, the top scene of many a memorable upfront. On every level -- seating, technical capability and after-party food -- you rarely get better. Three large screens on stage welcomed attendees with the now-traditional display of Nick logo sequences, in orange of course. This was the second 2015 upfront playing "Happy." (Anyone want to guess how many events will do so in all?) On the delish after -- side: pork and veggie dumplings with four sauces to choose from and a dessert display featuring organic homemade peanut butter cookies and creamy bite-size brownies. Grade: 5 Jacks

Presentation : One of the more rapid-fire in recent memory. Seemed like every three minutes or less, speakers paused for a video clip or a graphic display on those screens. Believe it or not, with all the information and clips Nickelodeon group president Cyma Zarghami and content production president Russell Hicks offered in less than an hour, there was no time for slime. Zarghami did leave room for a few punch lines, the first a sure-fire nominee for best self-targeting quote of the season. "I don't remember 2011 or 2012. And prefer not to," she said, referring to her channel's ratings trouble back then. Now, Nick boasts 13 months of year-over-year viewership increases. The absence of slime delighted attendees in the first few rows close to the stage, who had been advised pre-show by Nick radio DJs to expect something messy. As always, Nick closed out with music from a pop star, in this case multiple-Grammy nominee Sara Bareilles. Her tunes (including hit "Brave" -- the one with the "Honestly ..." line) have lilt, and you have to love a backup band with violin and cello.Grade: 5 Jacks

News : Funny keeps ruling. After making a recommitment to live-action and animated comedy originals last year, the channel will debut six more series before the end of 2014, plus a new sports-focused Kids' Choice awards special this July. Bad Seeds, Welcome To the Wayne and Pig Goat Banana Cricket will be the new toons, withPig Goat mixing four storylines, one for each character, into each episode. Live-action newcomers are Henry Danger(from Nick sitcom guru Dan Schneider)Bella and the Bullfrogs and Nicky, Ricky, Dicky and Dawn. Separately, Nick Jr. will launch four new pre-school series, including new Dora the Explorer and Fresh Beat Bandspinoffs,Blaze and the Monster Machines (showcased at last winter's upfront) and Shimmer & Shine. As for Nick at Nite, original sitcoms See Dad Run and Instant Momwill switch from Sunday to Thursday nights in a few weeks. Grade: 5 Jacks

Hosts : Zarghami, who has developed a penchant for off-the-cuff wit with each passing year, and Hicks make a nice on-stage duo. Grade: 4 Jacks

Overall Grade: 5 Jacks While fast to the point of wondering if we were going for a world record presentation time, all the elements clicked naturally. You were so entertained you barely noticed there was no slime in the house.

Next up: GSN and ABC Family