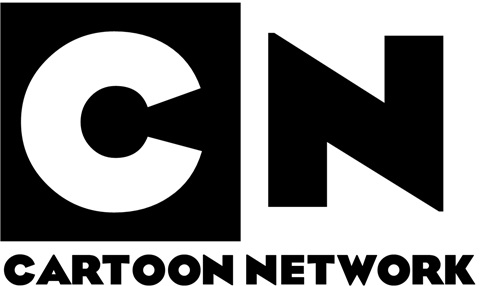 Hard to fathom that Cartoon Network is now a TV world twenty-something. Or that one of Ted Turner's last contributions to channeldom, circa 1992, started as a classic animation showcase, and flourishes now as home to some of the genre's more inventive series, while incorporating live-action kidvid. Along the way, Cartoon gave birth to Adult Swim, now taking up most of the network's primetime and all of late night/early morning. No surprise then, that Cartoon's event would feature some anniversary material.

Venue: Popular concert locale Roseland Ballroom, near the corner of Broadway and W. 52nd St., has been out of the upfront loop for a great while. Attendees at Cartoon's event saw the place dressed up as it hasn't for a great while. Black-and-white art a la Keith Haring, featuring the channel's characters, lined the walls, supplemented by colored statues of Ben 10 and Adventure Time. Featured reception food: pita bread and chips, hummus and other spreads, salads and veggies. And taking a page from TV One's manual, Cartoon's seating area contained a few mini-sofas and colored pillows good for bringing home. Grade: 4.5 Jacks

Presentation: Looked at first like this one, unlike events from other channels to this point, would lean too heavy on a ratings/ad sales pitch. Point made over and over again that Cartoon is numero uno for boys, ratings are on a roll, etc. That shifted when chief content officer Rob Sorcher hit the stage. He gave the news in bullet-point fashion, then turned things over to what will go down as one of the season's entertainment highlights. First, "I'm Running Errands With My Mom," a rap parody from Nick Cannon's sketch comedy pilot, brought the house down. Then, getting more audacious, the creators and key voice cast from Adventure Time and The Regular Show traded vignettes from their series, acting them in sync with clips on the screen without a safety net. Third up: Gumball foley (sound effects) artist Tim Bouqet, synching his work with a clip from his program. And for an appropriate 20th anniversary finale, a live orchestra played a sensational melody of toon themes, from classic Carl Stalling Warner Bros. work to Hoyt Curtin's Flintstones and Jetsonsthemes, to James Venable's Emmy-nominated mod ragtime opener toFoster's Home For Imaginary Friends--all in sync with a clip montage. Animation lovers were in paradise. Grade: 5 Jacks Special Grade For Last 10 Minutes: 10 Jacks

News: With Cartoon bringing Nick Cannon aboard for that sketch comedy series (premiere date TBA), Mr. Mariah Carey now can say he's working several sides of the kidvid fence, given his Nickelodeon and Teen Nick contributions. One series will debut this summer: The High-Fructose Adventures of The Annoying Orange, featuring the YouTube-followed character. A big group of recent channel hits, including Gumball, Adventure Time, The MAD Show, The Regular Show, Clone Wars and live-action Level Up, come back for new seasons this fall, while another group (Ben 10, Batman, Total Drama Island) will get makeovers. Separately, DreamWorks promises to launch its TV version ofHow To Train Your Dragon(announced a year ago) by the end of 2012. Out the door: reality series Destroy, Build, Destroy and Dude, What Would Happen. Grade: 4 Stars

Host: Year in and out, Turner Animation president Stuart Smiley remains one of the most jovial people to emcee an upfront. Can't help but enjoy him on stage, as he takes it all in. Grade: 4 Stars

Overall Grade: 4.5 Jacks Worth it for the last 10 minutes alone. Darn sure Curtin, Stallings and all of their toon contemporaries enjoyed those proceedings from on high.