Stuart Elliott: A Modest Proposal for One Video Marketplace 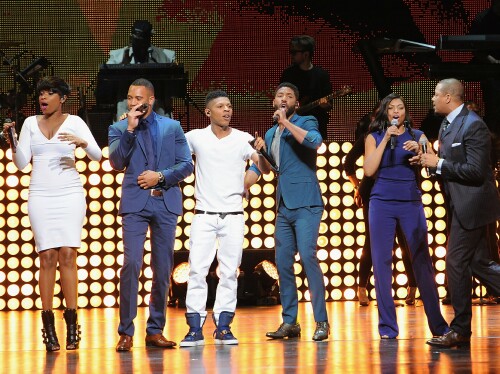 As I was saying before I was interrupted ...

My return to writing about advertising, marketing and media comes, by coincidence, during one of the biggest events on the Madison Avenue calendar: Upfront week, when the major broadcast and cable networks unveil their upcoming fall schedules and start selling commercial time.

The Upfront week that raises the curtain on the 2015-16 television season, which runs through Thursday, follows weeks of presentations by other cable channels as well as digital media firms, the latter under the banner of the Digital Content NewFronts.

For decades, the Upfronts were of interest largely to industry insiders. More recently, as mainstream media joined trade publishers in paying attention to Upfront news -- and leaks about shows being picked up, renewed or cancelled began flooding social media platforms such as Twitter -- they have become familiar to a wider audience. For instance, a full-page ad in the current issue of New York magazine promises that a sibling website, Vulture, will deliver "in-depth analysis of all the networks," "candid interviews" and "backstage and party coverage."

It long has been fashionable to dismiss Upfront week as outdated or outmoded. Part of the dissatisfaction came from the logistical challenges posed by schlepping from one event in midtown Manhattan to another, especially on days when four or five are scheduled. Such grumbling grew louder as more media companies jumped aboard the Upfront bandwagon and the number of events kept rising each year: There are at least 16 -- count 'em, 16 -- taking place this week.

The major reason for Upfront fatigue may be a belief that as traditional television has become increasingly irrelevant, so, too, have the Upfronts. Proclamations that the medium is obsolete or soon will be, which almost always include the phrase "the death of TV," are as much a part of Upfront week as cocktails, canapes and media buyers taking selfies with network stars.

Those declarations of mortality are getting louder and more frequent as ratings decline and ad dollars shift more quickly from television to digital video. For one thing, the marketplace for online programming is more year-round than seasonal, meaning there is less emphasis on buying on an Upfront, fall-through-spring calendar. For another, many streaming services don't even sell commercial time. (Gasp!)

Also, spending money in new media can confer on a marketer a cachet as being cutting-edge. Conversely, those who stick to television may fear their choice is perceived as sclerosis of the budget, worrying that the venerable media expression, "Nobody ever got fired for buying TV," is going the way of the once-popular expression in IT departments, "Nobody ever got fired for buying IBM."

Television still has its strong points. Duh! It's the most powerful marketing medium ever devised, an ad delivery system with enormous reach that has helped build brands worth billions of dollars. And top executives at networks such as CBS, NBCUniversal and Turner Broadcasting are pushing back against the narrative that, like Fred Flintstone, they're riding dinosaurs, by providing advertisers with data demonstrating the ability of TV to mirror online video and target potential customers. (Also, it can still create monster hits like Fox's "Empire." That's the cast in the photo up top performing at Fox's Upfront event Monday.)

No one can say with certainty that television ad revenue has peaked or that TV's best days as an ad medium are behind it. But as the buzz for digital video builds, there's something that the television business can do to maintain its hegemony: Proactively propose to bring together the Upfronts and the NewFronts -- hell, throw in the other video-centric 'fronts, such as those devoted to movie-theater ads and digital place-based ads -- and, effective with the 2016-17 season, create a united Video Upfront.

It's not that much of a stretch when you consider that many TV powerhouses already sell ads in online and streaming video in addition to commercials on linear television. And it reflects how industry thinking has already evolved: In the Time Warner annual report for 2014, Jeff Bewkes, chairman and chief executive officer, describes the company as "solely focused on creating and distributing the best video content across television, film and new platforms."

A combined sales bazaar surely would be easier for marketers and their agencies to navigate, rationalizing what can feel like a confusing free-for-all. And a Video Upfront also may encourage the traditional and new media players to cooperate on ideas to improve efficiency along with effectiveness.

The only stumbling block might be a name. Calling the first Video Upfront a "Vupfront" hardly trips off the tongue. And a "V-front" risks confusion with the men's undergarment known as the Y-front. Suggestions are welcome.