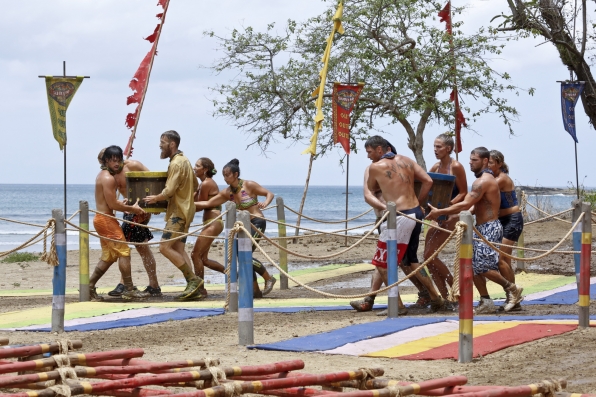 Having just completed my 31st Upfront presentation season, it's easy to be cynical. With 16 presentations and multiple parties during the traditional Upfront Week and more than 70 companies presenting since mid-February (not including multiple press briefings and networks meeting independently with agencies), I can only respect those who invest an aggregate of more than $200 million to influence the decisions of marketers and their agency buyers. The obvious question is: were they influenced and, if so, in what way.

My colleagues Ed Martin,Stuart Elliott andSimon Applebaum, reporting for Planet Ed at MediaVillage, assign "Jacks" and share the industry's best insights on the comparative value and impact of most of the networks and web properties that are competing for attention. Simon points out the inconceivably poor judgment of several digital companies and a handful of networks who limit – and even exclude – press from their presentations. The Upfront has become more than a closed-door session with media buyers. It's pop culture. Search "TV Network Upfronts 2015" there are 38,300,000 entries. Search "Digital NewFronts" there are 235,000 results. That's all we really need to know about who won and lost in this year's Upfront/Newfront season.

Walking into the CBS post-presentation party at Lincoln Center last week, I overheard a young woman who was towing young children – clearly a tourist – ask a party-goer what the crowd was going to. He answered: "It's a CBS event." "Oh," she quickly observed; "It's their Upfront." More than any other moment of the past few months, her comment resonated and reinforced that the Upfronts have become the industry's loudest voice and greatest asset (along with the twice-annual Television Critics Association tours), replacing the now-irrelevant Fall season launches. In that context, broadcast and a select group of cable networks dominated.

Only a handful of senior agency and advertiser executives actually attend Upfront presentations. They attract primarily junior and mid-level agency buyers and planners, plus handfuls of Wall St. analysts, talent, and the press. While Newfronts may be well-attended, did any of them receive broad general market press coverage and public awareness in the way broadcast and a few cable networks did? No. Those companies that still believe the only reason they invest in Upfronts is to talk to junior and mid-level agency buyers and planners are totally missing the point.

The Upfronts are not about presenting program schedules. They are not about pitching new research and marketing platforms. They are not about sharing program clips and introducing talent. First and foremost Upfront presentations are the business-to-business equivalent of Top Chef, the Academy Awards, Dancing with the Stars and Survivor. They are a beauty contest, with the winners determined by which company generates the greatest public awareness and, through that, reaches all those marketers who own the TV budgets but pay little attention to the nuances of the business – including the Upfront presentations. The Upfronts are about Red Carpets, social media, fan engagement, and press, press, press.

In that context, the Newfronts are simply not ready for primetime. No matter how sophisticated the presentations, no matter how high quality the content, no matter how compelling the messages… not one Newfront presentation elevated an online seller to the status of their broadcast network competitors. Those networks and digital sellers who limit or exclude press are simply trees that fall in the woods with no one to hear. No matter how well attended their presentations, no matter how successful they may appear, their actual impact on budget allocation is slim. 38.3 million search results vs. 235 thousand. That's the best measure to compare the relative value of digital vs. TV in this year's Upfront/Newfront season.

I'm also impressed by the TV networks' increased emphasis on new research data at this year's Upfront presentations. But as I previously reported, the shift of dollars based on this research will primarily be redistributed TV dollars, and is unlikely to reverse the growing transfer of budgets from TV to digital video. The most influential force driving increased market share for digital is enhanced cost efficiency and client demand, rather than any substantive and standardized performance-based data. (For my pre-Upfront economic forecast, click here.)

So, after another Upfront and Newfront presentation season, it appears the TV business has held its own and is not yet ready to cede its superiority to digital. In fact, TV seems to be getting stronger and better even as competition intensifies. Unfortunately, marketers and their agency buyers still want the shiny new object and there are secular realities that are driving down TV budgets and pricing. Even with those headwinds, and even with all the consumer movement to digital, broadcast and a handful of cable TV networks remain the big guns as negotiations begin.