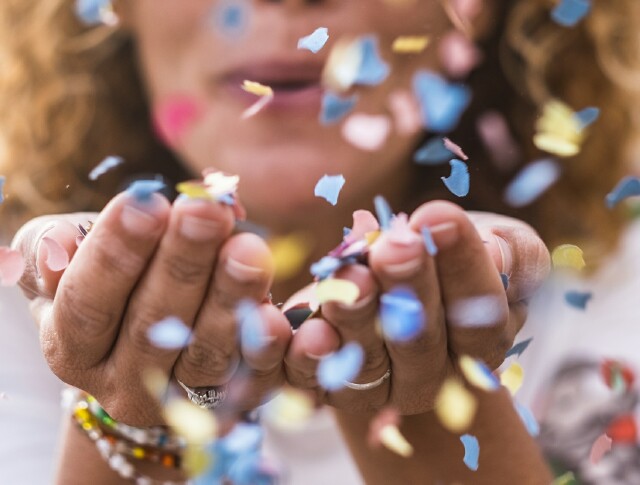 When USA TODAY launched a year-long effort to come up with a list of honorees for the 2022 Women of the Year awards, it was flooded with thousands of suggestions from all over the country. And the task of narrowing them down was not only a major endeavor, but also extremely inspiring.

More than 50 honorees, on both the local and national levels, were announced today. Nationally, USA TODAY named the Olympian gold medalist Simone Biles, philanthropist Melinda French Gates, and Elle magazine editor-in-chief Nina Garcia as Women of the Year. Articles about them appear in a special USA TODAY report.

Locally, women in every single state, as well as the District of Columbia and Puerto Rico, were selected. They'll be featured in stories that will run in newspapers across the country, which -- like USA TODAY -- are part of the Gannett Co. Inc. family of publications.

"I read every single story, sometimes more than once," said Kristen DelGuzzi, USA TODAY Managing Editor, Opinion, in speaking of the honorees. "There are ones that made me tear up. Others made me reach for a pen and think, 'That is the most incredible thing, what this woman just said. I want to remember that.'"

In a sense, it's easy to imagine that Biles might be chosen at any time in recent memory, given her legendary and quite extraordinary career as a gymnast. But above and beyond that, the selection panelists were struck by her strength at the Tokyo Summer Olympics in 2021 -- "her poise and her grace and her willingness to step out in front to address mental health issues and become an advocate," as DelGuzzi explained. "She made it okay and safe to talk about mental health issues. She's such a champion for women, for girls, especially."

As with Biles, the most important reason why USA TODAY selected Gates relates to her impact in the recent past. Gates was focused on improving conditions for women and girls during the pandemic through her philanthropic endeavors. "She walks the walk, when it comes to advocacy and doing work on behalf of women," DelGuzzi said.

Nina Garcia's Women of the Year honor recognizes her actions over the course of her entire career. She is not only a top editor at Elle, but she's also been a judge on Project Runway since its first season. Along the way, she's been a role model for all women, but especially Latina women, DelGuzzi said. "She's been advocating for them and showing that there is a place for them -- that they can have a seat at the table.”

In going over the entries for the Women of the Year honorees, DelGuzzi was struck by certain similarities between many of them, despite their different and unique qualities. The process involved asking each of them to answer a specific set of questions, and the responses brought out the parallels.

"A lot of them cited their moms as a key influence in their lives," DelGuzzi said. "They come from very different backgrounds, but they had very similar struggles". For example, many of them had to deal with the impact of people telling them they weren't good enough to succeed.

"So many of the things these women said could be inspirational messages on posters or on mugs," she added. "It's such a powerful group of women, and I'm so proud to be associated with them."

USA TODAY kicked off its search for the 2022 Women of the Year honorees about a year ago, at the time it named Vice President Kamala Harris as its inaugural recipient. The effort was inspired by a package of stories that the newspaper ran two years ago titled Women of the Century. "It coincided with the 100th anniversary of the 19th amendment's passage, giving women in the U.S. the right to vote," DelGuzzi recalled. "That was such a rich and rewarding experience for us and our audience that we wanted to continue that momentum and that celebration of women."

To come up with the ultimate Women of the Year honorees, USA TODAY created a panel of experts that included Anthea Hartig, Director of the Smithsonian's National Museum of American History; Cid Wilson, President and CEO of the Hispanic Association on Corporate Responsibility, and Maribel Perez Wadsworth, President of News at Gannett Media and Publisher of USA TODAY.

The Women of the Year initiative also includes an official charity. The organization selected this year is Girls Inc., a nonprofit that is focused on inspiring future female leaders to be bold, smart and strong. It has been awarded a $25,000 grant from the Gannett Foundation.