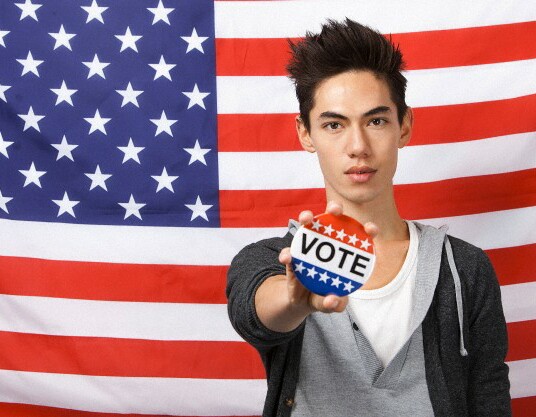 Here is the challenge for today’s Presidential candidates. If you are one of a dozen plus candidates seeking the Presidency, how do you distinguish yourself in a crowded and highly competitive field?

The 2016 Presidential primaries will begin in just nine months. The Iowa caucus will be held on February 1, followed by New Hampshire on February 9 and South Carolina on February 20. In the last few years, major shifts in media consumption fueled by innovations in technology have changed the way consumers/voters get their information. How do you and your team use these technologies and trends to get your message to the voters that will elect you first in the primaries and eventually in the national election?

Here is how the game has changed since 2012.

Media consumption patterns have changed greatly since the 2012 election. One of the pillars of Presidential campaigns since the 1960s is TV advertising. The reality today is TV viewing on TV sets is in decline. Consumers are using mobile and digital devices to view video at a rapidly growing rate. In just two years, the percentage of time spent with TV has declined* from 39.2% of time spent in 2012 to 36.5% of time spent in 2014. Consumers in Motion Group projects time spent to decline further to 34.3% by 2016.

The growth of OTT is driven by increased usage of mobile devices, which in itself is another trend candidates should note.  In 2012, adults spent 1.6 hours per day on a mobile devices and by 2016 adults are projected to spend 3.1 hours per day.*  The growth of social media and the increase in time spent on social media offers candidates a new and effective way to influence the influencers.

Media planning models for candidates need to be based on where consumer/voter behavior is going vs. where it was in 2014 or 2012.

Here is how to reach voters in rapidly changing digital landscape.

The good news for political candidates is there are technologies and platforms deployed at scale to manage their digital media budgets.  Google, Facebook and Twitter are examples of platform solutions within their “walled gardens.” Demand Side Platforms (DSPs) facilitate programmatic media buying, helping manage the candidate’s media placements across the entire digital landscape (desktop display, desktop video, mobile Web display, mobile Web video, in-app display and in-app video, and private marketplaces across desktop display, desktop video, mobile display and mobile video). A comparison of DSPs was highlighted in the recent Forrester Wave report released on June 3, 2015. This report highlights the leading technologies that can provide the candidates with the same technologies used by Fortune 100 companies to manage their media investments. DSPs maximize digital media buys and provide rich consumer/voter insights, which are invaluable to fast moving and dynamically changing campaigns.

The report notes “programmatic has gone from buzzword to the standard for digital media buying.” Forrester warns that “ignoring this new standard will put marketers at a disadvantage as all media buying becomes more complex, multichannel and flexible.” The report noted that “two distinct factions of DSPs have risen to the top and are noted as 1) platforms with a robust breadth of capabilities and 2) fully flexible technology-agnostic platforms.” Forrester noted that DataXu was the most highly rated DSP and was followed by AOL as evaluated by 53 factors outlined the Forrester report.

Using the best in class DSP technology platform will provide the candidates with the digital tools and firepower needed to reach voters with the messages and on the devices that matter to win the primaries. Candidates that use DSPs have the potential to maximize scarce political budgets and resources, needed to go the distance to Election Day 2016.