By Suzanne Grimes February 03, 2014 Out of Home, Into Media Archives 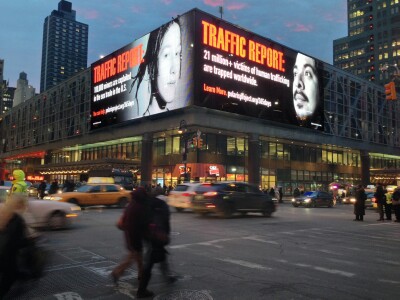 As a media company, our overarching goal can seem simple: Sell, promote. Sell, promote. Repeat. While our out-of-home networks display new cars, exotic destinations, stronger detergent and nearby restaurants, they also provide pertinent public service announcements. Clear Channel’s relationship with local and federal law enforcement agencies have contributed to the apprehension of 49 wanted fugitives. This includes the arrest earlier this month of Christopher Joneswho was wanted for violent sexual battery by the U.S. Marshals Service. Through Amber alerts, FBI’s Most Wanted posts and emergency broadcasts, we share in the responsibility to keep our communities safe.

Until Clear Channel began working with the Polaris Project, I admit I was unaware of how large the “human trafficking” industry had become. The closest I’d come to haunting stories of trafficking were from episodes of Law and Order: SVU and the movie Taken. But modern slavery is not fiction; it exists today and the industry is thriving.

To raise awareness, we are expanding our previous campaigns combatting human trafficking in Las Vegas and Phoenix to New York and New Jersey, where more than 500,000 football fans descended on the region for the Super Bowl. As a decision maker for a media company that reaches 141 million adults each month, I felt compelled to use our network to spread awareness in the biggest way possible. You’ll find our anti-trafficking messages in high-volume locales including Times Square, Penn Plaza, The Port Authority and along the New York/New Jersey I-95 corridor.

Human trafficking has become a business that is high profit and low risk. Victims are scared to seek help. The only thing more repulsive than the crimes is the enormity of the industry: it’s estimated to be a $32 billion-a-year business. Not surprising is that women over index in both forced labor (60%) and sex trades (85%). Although it’s not only a women’s issue, it is a women’s issue.

In its tenure, the Polaris Project has brought more than 600 trafficking victims to safety and fielded reports of more than 14,000 potential human trafficking cases through the National Human Trafficking Resource Center hotline. As the operator of the national hotline, Polaris Project is continually gathering valuable data tracking the economic and market dynamics that fuel this 365 day-a-year crime.

While traffickers operate in shadows, victims often suffer in plain sight, yet fall under the radar of law enforcement. And too often they are prosecuted for crimes they’ve been forced to commit. Human trafficking victims may be just behind the doors of a massage business you pass on your daily commute. They may be cleaning tables in the restaurant where you’ve just eaten or peddling for change. Whatever the business racket; it’s human trafficking when a person is forced, defrauded or coerced into labor or sex against their will.

The media industry has the power to expose the crime of human trafficking. I encourage other companies to join us in creating awareness on the plight of 21 million men, women and children that are trapped and think there’s no way out. Edmund Burke said it best when he uttered the phrase, “The only thing necessary for the triumph of evil is for good men to do nothing.” This is not someone else’s problem. 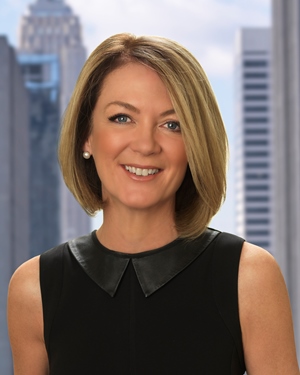 America into a dynamic media business that fully recognizes the potential of integrated digital and mobile marketing opportunities in out-of-home across the US and Canada.