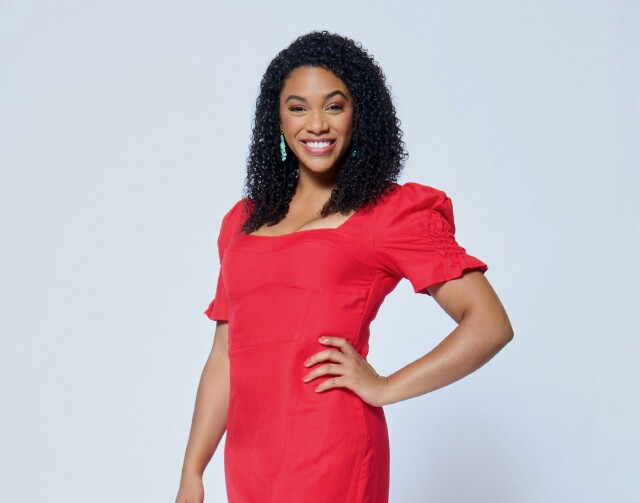 Having a string of Christmas movies to her credit, it might have made sense that Vanessa Sears' introduction to the world of Hallmark Movies & Mysteries would have had a holiday theme. Instead, the latest inductee to the Hallmark family found herself starring in a romance mystery (with no yuletide ties) in 14 Love Letters. The film marks her first for the network, and she had a blast. "I loved doing this and would love to do more with Hallmark," she declared during an exclusive interview with MediaVillage. "Their movies are so much fun and have such a great, enthusiastic following, and a fantastic fan base. It's really wild to see the response to the movie. If there's ever a Christmas sequel to 14 Love Letters, that's okay with me.

"This movie was also my first time [as] No. 1 on the call sheet leading the romance," she added. "I was nervous, excited and relieved, to be working with people like Kim Roberts, who plays my mom, and all these pros who came in with fantastic energy. Our director, Amy Force, was fantastic, so 'girl power' and in charge, but calm with good energy. We were making a movie about love, so everyone came in and took care of each other on those long days. There was such a great mix of personalities, all with good vibes, and a lot of us are still in touch."

Sears portrays Kallie, the proprietor of a small goat farm that produces handmade artesian beauty products made from their milk. But with her focus firmly on the business, there's no time for romance in her life. She also faces pressure from her neighbor Jackson Flynt (Franco Lo Presti) to sell her parcel of land so he can expand his farm. However, her life takes an unexpected turn when her mailbox begins filling with a series of historic love letters (originally penned by famous poets, politicians and men at war) from an admirer, whose identity is unknown. An avid mystery buff, Kallie decides to determine who is sending her the letters by dating the three men whom she believes may be responsible. 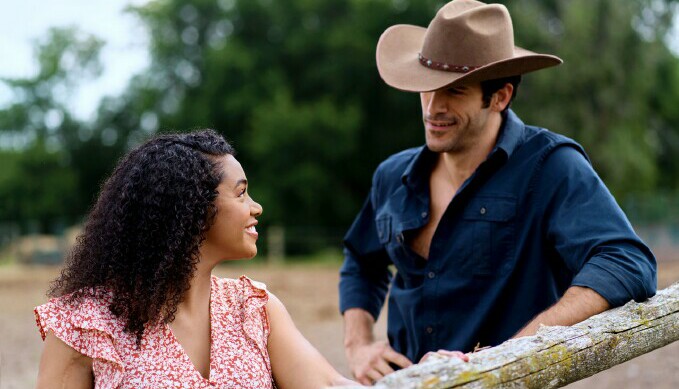 The fact her character breaks the traditional romance mold by entertaining a variety of suitors was a major draw for Sears. "That's something we just don't get to see," she said. "I'm a big fan of romance, love and getting swept off my feet, but I think it's also important to keep sharing stories where the women in these romances have agency. I love that Kallie has options and gets to make a choice. Fate and destiny can be very romantic, and I would argue that they do still play a role here, but we get to see Kallie make a choice that is right for her, and one that comes from a place of authenticity as opposed to, well, he's the only man in town, so I guess we're getting married."

Sears admits there were a few traits she and Kallie shared. "I didn't grow up on a farm, but I grew up in a more rural community," she recalled. "There was an appeal about this small-town vibe where everybody knows you and how that can be a good thing, and also sometimes bad when you're trying to figure out who you are. But the script felt honest and real-world to me. Reading the words on the page I was like, 'Yeah, I buy these people and their complexities 100%.' Kallie and I share a tendency to want to problem solve and take care of the people in [our lives]. Sometimes that results in not taking the time to make space for you and your needs. I tend to prioritize work and prioritize taking care of other people, too. 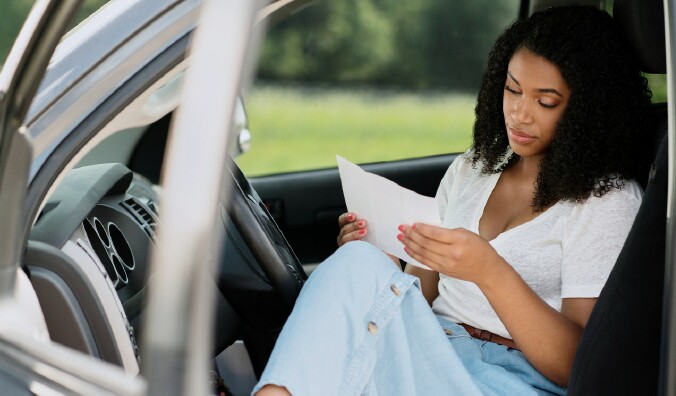 "The other obvious one is just the love of animals," she continued. "Before becoming an actor, I was firmly set on the path to becoming a veterinarian. So, working with goats and horses was a dream come true and the best of both worlds. The goats were absolutely adorable; however they were distracting -- in the best possible way. They were pretty well behaved and so happy to be jumping around. But they'd often interrupt a take. You're trying to be in the moment delivering your dialogue and they'd get very vocal. That was challenging, but they were very, very, very cute."

One thing that made the set authentic was the film's diverse casting. "It was so lovely to have so much color on set, and a reflection of the real world," Sears recalled. "In this rural setting, that was so great to see. Yeah, we exist on farms too, and we're everywhere, with real stories, which was wonderful to share on film."

While some might find a series of love letters mysteriously appearing in their mailbox unnerving, Sears has a different take. "The script does such a good job fleshing Kallie out as a lover of language and words," she said. "She is obsessed with mystery novels, and after the first one, she firmly believes they are not meant for her. When they continue coming, she sees them as a mystery to solve, which is a really fun thing to play. It's not about [her] being swept off her feet, it's about a love of language.

"The letters are so beautiful," she added in closing. "It doesn't become all about needing to solve the mystery of who is sending them, and more about, 'Oh my goodness, someone feels that way about me.' How exciting would that be? I was allowed to take one of the letters for my keepsake box as a memento of a lovely working experience."

14 Love Letters will be telecast Sunday, July 31 at 9 p.m. on Hallmark Movies & Mysteries.