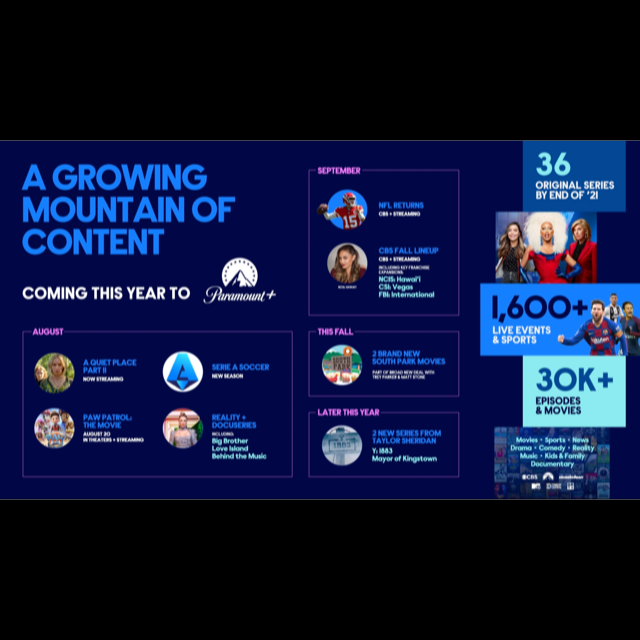 In streaming, ViacomCBS delivered another quarter of robust subscriber and consumption growth across its pay, premium, and free services, driven by its diverse content portfolio covering sports, news, and entertainment.

Operationally, the company achieved another quarter of solid performance.

On the call, ViacomCBS discussed how its Q2 results demonstrate the company's continued momentum and its focus on streaming, including details around new content coming to streaming and its powerful new deal with Sky, which will bring Paramount+ to the UK, Italy, Ireland, Germany, Switzerland and Austria in 2022.

† See ViacomCBS Q2 2021 earnings release for information regarding our use of non-GAAP financial measures and forward-looking statements.