Video: Welcome to the Media Multiverse 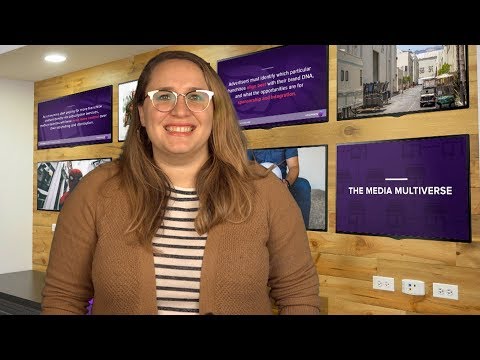 In this edition of Culture Vulture Live we’re taking a deep dive into the success of media franchises, or as we’ve been collectively calling them, The Media Multiverse.

At Mindshare our teams conducted  research on 35 of the entertainment industry’s most popular franchises, from Star Wars to the Kardashians and more.  We surveyed viewers across age groups see which properties they enjoy the most and which they want to see more of.

The majority of the most successful films from the past decade have been part of a franchise, or have launched one.  We found that the most popular concepts come from Disney and Pixar, as well as HBO (Game of Thrones in particular).  The Stephen King franchise scored in the top 10 among the overall audience, which may be based on his two movies from the summer.  With that, here is what the growing Media Multiverse means for marketers.

Above all, franchise trumps format.  Consumers want interconnected stories from their most beloved universes and they aren’t as picky about what platform they consume them on, shifting seamlessly from mobile to the web to the big screen.

An interesting part of this is the user-generated content aspect, where fans become the artists, creating fan art and fan fiction about their favorite characters.  In August 2017 alone we found that nearly 11 million visitors contributed to or read content from one of the three major fan-fiction websites.

In addition, media properties like Disney and DC Comics are moving towards unbundling their content so it’s available directly to consumers.  In doing so, these franchises will gain more control over both storytelling and distribution.

To adapt to this new marketplace, it’s important for marketers to identify franchises that align with their brand DNA.  In doing so, they can then explore opportunities for sponsorship and integration to stay top of mind for fans.  Figure out what unique features and properties your brand can bring to a franchise and how your brand can help fans to more deeply enter these media multiverses.

For more information on our Media Multiverse report and the latest in adaptive marketing visit Mindshareintheloop.com.