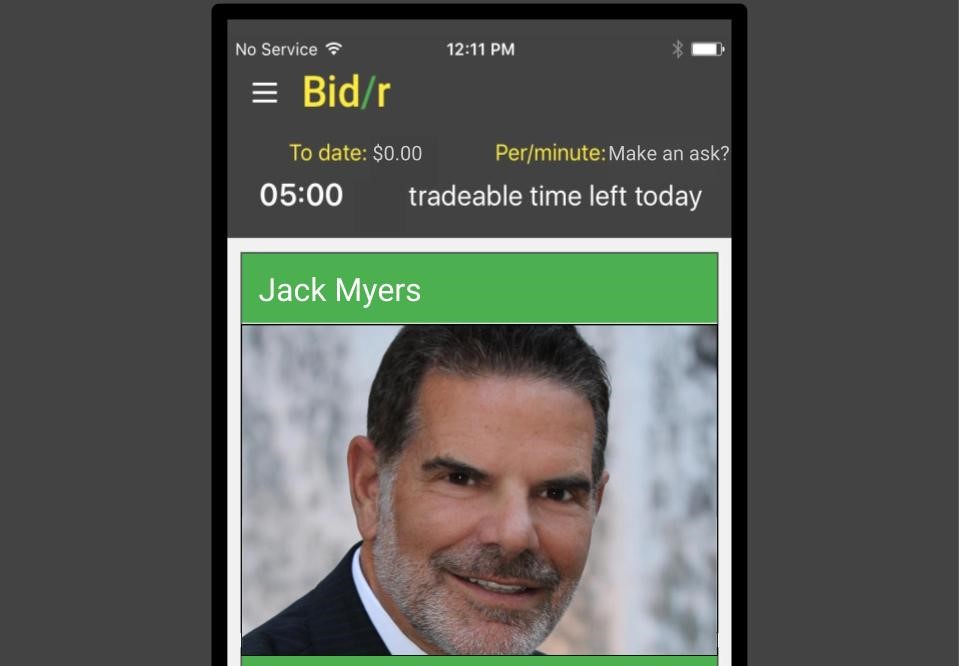 It's been a while since I’ve been part of a village.  I spent my formative years -- teens through early parenthood -- living in The Village.  And I’ve been a member of the Global Village ever since McLuhan explained what it was.  So it’s kind of cool that I’m becoming part of MediaVillage.com.  In some ways, it feels like I’m just coming home.

During the five years I worked for Jack Myers I helped turn The Myers Report into the industry’s daily must-read.  In return, Jack taught me how the industry really works.

After covering media from the outside in at Adweek and Ad Age, Jack gave me the opportunity to cover it from the inside out, bringing me behind the scenes with some of its biggest players.  My first day on the job with Jack was at NATPE 1996, the big programming conference, where Jack had emerged as one of its most powerful players, representing a studio backed by a Who’s Who of television’s biggest advertisers.

I had covered NATPE many times, but instead of poking around for scoops outside meeting rooms, I was inside them taking pitches from legendary producers like Norman Lear, Stephen Bochco and Brandon Tartikoff.

While presenting to us, Tartikoff paused, pointed to me, smiled and said, “Hey, I know you,” as in, “What’s a trade reporter like you doing on the other side of the table?”  I shrugged my shoulders and smiled back.

The next five years would alter the landscape of media and disrupt its business models, especially advertising.  Jack brought me in on projects involving many of them, including the unbundling of media services, the restructuring of Madison Avenue and advising the most important players from A-to-Z.  Literally, AOL to Zenith, with many in between.

Some of the most interesting projects for me involved working with pioneering attempts to trade media through digital exchanges.  We even worked with Enron on the creation of a system for trading media the way the energy giant traded electricity on the grid.

Most of those early pioneers failed with the dot-com crash, but they unleashed market forces that would lead to biddable media marketplaces powered by Google, real-time audience exchanges, and ultimately Facebook.

It was just before the crash, during the dot-com rally, that I worked on one of my most interesting projects with Jack:  A media trade information portal called Spigot.  It was my idea and Jack was backing it with all of his resources, including a state-of-the-art Web site being created by the top Web development agency of the era, Agency.com.

Some of the logic for Bid/r began with Spigot, especially the idea that we were shifting from an age of media scarcity to one of overabundance, where the most valuable asset isn’t media content but the time people spend consuming it.

The idea for Spigot was that users could use a digital interface -- a website -- to turn their tap on, off or somewhere in between to control the flow of information they accessed through it.  It never launched, due to the crash, but it started me on a path that ultimately led to Bid/r, and after years of being a source, then a boss, then a friend and a mentor, Jack became one of my investors and advisors.

When it came time to launch Bid/r and sign people up to participate in the consumer trial, Jack offered to send an invitation to the readers of MediaVillage.com.  So I asked if I could write a regular column about the people that helped shape it, including, hopefully, some of you.

I’m starting with Bid/r’s angels and key advisors.  People like Joe Marchese, whom I wrote about in my first column.  So I figured I’d write about Jack in this one to explain the reason for this column and what I hope to achieve.  Mainly, it will just be profiles of people and anecdotes of events that have been key to the development of Bid/r.

I hope you will be curious enough to sign up, install Bid/r and start trading.  But mostly, I just want to socialize the ideas that helped inspire and influence it.  And I can’t think of a better way than telling you about the people who had them.

If you have a unique perspective about Bid/r, please share it with me at joe@bid-r.com and maybe I’ll write about it too, because that is part of my publishing goals for Bid/r -- to write about the people who use it.

Joe Mandese is Editor-in-Chief of MediaPost where he oversees the operations of dozens of digital publications (Media Daily News, Marketing Daily, OMMA ,etc.) that reach more than 125,000 advertising and media industry professionals daily. He is also …