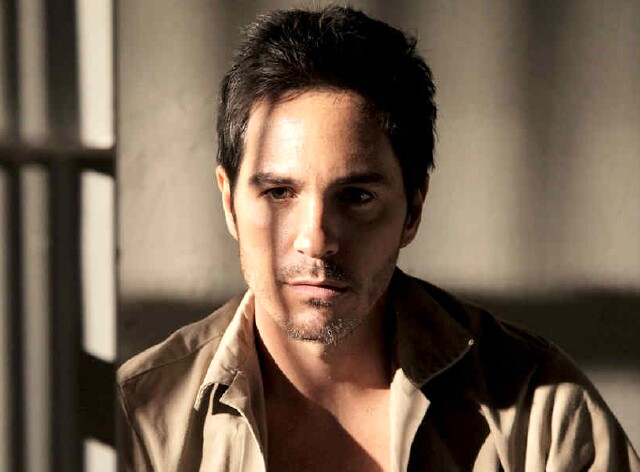 Before turning the corner from 2016 to 2017, Telemundo accompanied the launch of El Chema, its latest 10 p.m. nightly attraction, with A 360 Escape, a virtual reality vignette about the series. That video footage, showing Chema star Mauricio Ochmann (pictured above) escaping through tunnels from a maximum-security prison, continues to play on the NBCUniversal-owned network's website, Facebook page and YouTube channel. Viewers can tap the VR experience from all three places by using compatible headgear or Google Cardboard or swiping their smartphone in whatever direction they wish.

Either way, "it's theater in the round, and you're dead center," says Peter Blacker, Telemundo's Executive Vice President for Digital Media and Emerging Business. So far, this experience has attracted more than five million views worldwide, more than 1.5 million of them from Facebook alone. More important, buzz from what looks like the first VR move by a Spanish-language TV service has helped Telemundo establish El Chema as its latest primetime hit, drawing more than 2.4 million people for the opening episode December 6 alone.

Network management explored how to create a virtual reality side of their program for more than a year, at one point inviting members of NBCUniversal's innovation lab to an all-day conference at Telemundo's Miami headquarters. "People saw firsthand what VR was all about," Blacker recalls, "and from that, we realized that for this to be workable in Spanish, you have to make it appealing to Generation M -- millennial, mobile and multicultural -- and available on any platform they use, especially mobile from the start."

Argos Television, the production company behind El Chema and other multi-season nightly Telemundo dramas, created the VR sequence making sure there were multiple ways viewers could move the action. The sequence was put together over several weeks, before production started on the series. As that went on, Telemundo held demonstration events during the second half of 2016 at shopping malls around the country, including the Mall at Bay Plaza in the Bronx, Gurnee Mills Mall in Chicago and Plaza Americas in Houston.

"All we did was tell people, 'Here's a great experience, come check it out.' The reaction was of the OMG variety," Blacker continues. "They found the environment surreal, but they ended up knowing the main character and his motivations better." The most impactful result: Millennials account for more than half the VR views.

Telemundo isn't ready to spell out what their second move in VR will be. Several ideas are under review, involving association with both scripted and unscripted series, as well as live specials. Current phase two discussions also involve expanding VR to smart TV sets and devices like Roku or Google Chromecast, along with gaming hardware (PlayStation and Xbox), with or without headgear. Down the road, Blacker expects augmented reality to be launched in some fashion, and both VR and AR to be deployed for coverage of the next World Cup soccer championship next year, live from Russia.

"We need to prepare for whatever turns both of these viewing experiences take," he concludes. "We need to be ready."

Photo courtesy of Telemundo. The opinions and points of view expressed in this article are exclusively the views of the author and/or subject(s) and do not necessarily represent the views of MediaVillage.com/MyersBizNet, Inc. management or associated bloggers.