Vivica A. Fox on Making All the Right Moves with the "Wrong" Franchise on Lifetime 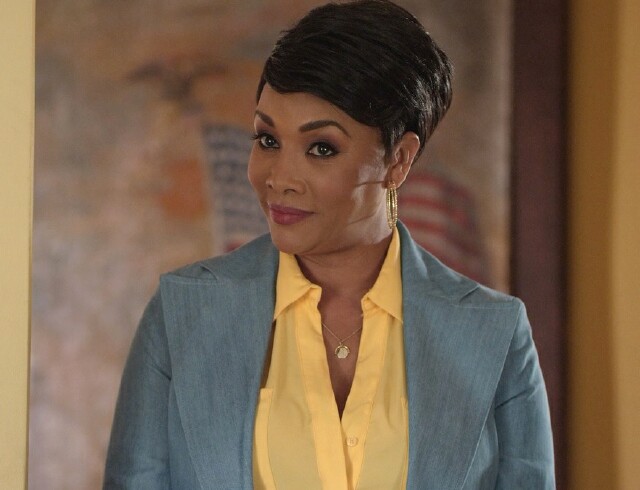 Fans of Vivica A. Fox’s hugely successful The Wrong... franchise on Lifetime Movies are getting a quadruple dose of guilty pleasure viewing in July with the premieres of four new movies starring and executive produced by the actress.  Fox’s association with Lifetime has continued to blossom since she starred in the 2004 series Missing, and it’s something for which she is eternally grateful.  “Lifetime is a network for women, and that I appreciate!," she shared in an exclusive interview with MediaVillage.  "They allow actresses to play very strong roles both in front of and behind the camera.  I've actually been a producer on all the projects I've done with them, and not just ‘the talent,’ which is pretty incredible.

“You don’t see that a lot,” she continued.  “Now they've given me a movie deal where each year director David DeCoteau and I do 4-5 films.  It’s a new day, and girl power is alive and thriving!  I'm thrilled about that.  I’m over 50, and at an age when most actresses are kind of put out to pasture, I'm getting all these wonderful opportunities.  I’m having an amazing career resurgence as both an actress and a producer.” 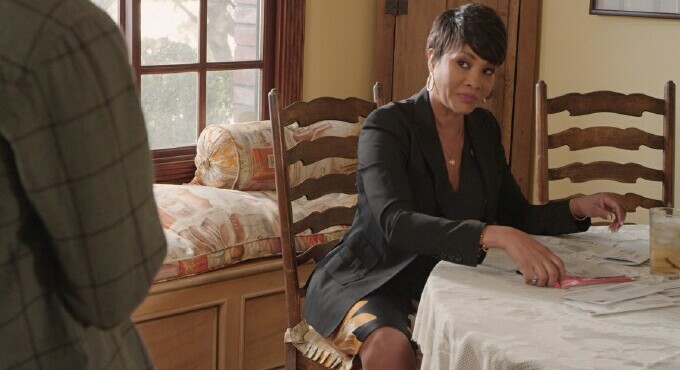 All of this is a far cry from the early days, when she appeared in such soap operas as Days of Our Lives and Generations.  “Wow, 31 years,” she exclaimed when I pointed out the passage of time.  “It’s a long way from my very first job -- a Clearasil commercial where I was running from pimples on Melrose Avenue!”

Fox's producing credits date back to 1998 and her Fox series Getting Personal.  Thanks to Lifetime and some nudging from her personal team, her career as a producer has since thrived.  "To be honest, transitioning behind the scenes became very natural," she revealed.  “My business partner Lita Richardson was the first to tell me I should start getting producer credits.  I was [already] helping with casting, wardrobe, scripts … I was doing a lot and what most producers were already doing.

"She said I should get that title and benefit by getting ‘that check’ as well and that sounded really good to me," she added with a laugh.  "I appreciate that I have a good business partner and a great squad to help with all of these wonderful opportunities.  Everyone around me pays attention and we're all on the same page.  That's why I'm so blessed and now is a successful time for me."

Appearing in and executive producing The Wrong movies turned out to be “so right” for her and Lifetime.  "Last year [Lifetime] did a So Wrong It's Right marathon over one weekend where they basically ran all the films," she recalled.  "We've done 17 so far. People loved it.  Everything from The Wrong Husband to The Wrong Son to The Wrong Cruise, all these guilty pleasure thrillers that people love.  They're great popcorn movies when you're sitting at home and just want to escape for the weekend." 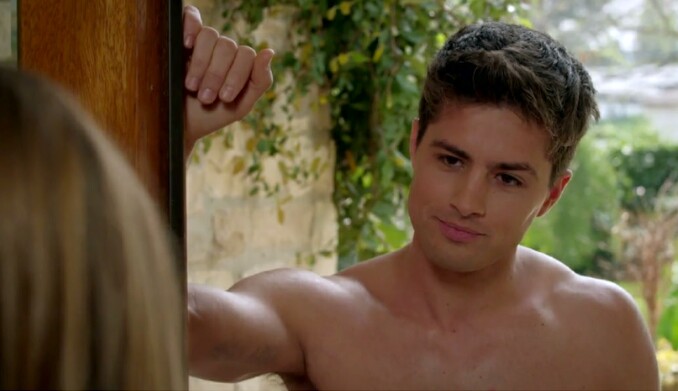 In addition to the franchise’s escapist element, Fox insists it was important that each contain a message.  "Guilty pleasures can go a little far,” she shared.  “So, it was very important to have a message.  My hat goes off to our director and my producing partner, David DeCoteau, along with Hybrid films, who keep bringing me these, sexy, guilty-pleasure thriller movies.  In July, which is my birthday month, we have [these] new ones; The Wrong Stepmother (July 5), The Wrong Boy Next Door (July 12), The Wrong Mommy (July 19) and The Wrong Tutor (July 26).  They’re all about being careful who you let into your house and being careful at school, too.  They all connect with what’s going on now and with social media, which makes them very current."  (Wrong Boy co-star Travis Burns is pictured above.)

While the volume of work may seem huge, Fox told me that thanks to the stable of established actors like Eric Roberts, Jessica Morris and Hallmark Channel favorite Cindy Busby (along with a crop of new talent) she and her team have the process of making these movies down to a science.  She revels in playing a different character in each, and for the franchise’s stars to have the opportunity to play against type – just like Busby, who couldn't be more devilish in The Wrong Stepmother.  "Cindy loved doing it and did such a great job," Fox noted.  "She said, 'I’m usually playing the sweet girl or sweet mom, and the fact I get to play this dark character, which I’m hardly ever cast as, I’m so thrilled.'  It’s a good chance to allow actors to stretch and do roles they normally wouldn’t get to do."

The perpetually busy Fox has already started work on another franchise entry, The Wrong Intruder, and is anticipating the upcoming release of The Wrong Cheerleader. She soon starts a Lifetime Christmas movie, then heads back to reprise her role as Candace (Cookie Lyons’ sister) on the final season of Empire.  Directing could also be in her future.  "[That] takes a little more commitment than what I want to give right now, but I will get there eventually in the next couple of years," she said.

Until then, Fox is happy doing what she does best – working.  "It’s all thanks to my wonderful team, never giving up on myself and doing the work,” she told me.  “I think that’s why am being rewarded and people trust the brand of ‘Vivica’ to deliver."

The Wrong Boy Next Door will premiere July 12 at 8 p.m. on Lifetime Movies.