Voice of America Under Attack by Trump Administration 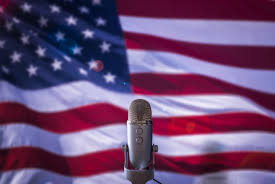 In a meeting a year ago, President Trump gave his view of journalists. "These people should be executed," Trump said, "they're scumbags." Well aware the president expects fawning to be their default setting, the news media have largely ignored his private name-calling. It's easy to see why. Whether in press conferences or media scrums, Trump's animosities always are front and center, as are the ad hominem attacks that accompany the word salads he delivers to journalists in place of serious replies.

Trump's homicidal hyperbole also has produced a notable yawn. To be sure, the year-old barroom threat pales by comparison to the corruption and incompetence also recounted by former national security advisor John Bolton in his White House memoir. And after years of attacks on the press, that Trump equates journalism with the adoration delivered by Fox News and One America News Network is hardly a surprise. Still, predictable bullying behavior or not, to ignore the consequences of Trump's antagonism toward the media would be a mistake.

As previewed in my February 2017 column headlined "Could the Trump-Bannon-Ailes Network be the Voice of America?", the reason why is playing out at the Agency for Global Media (AGM). There, Trump's minions are purging the professionals who run the umbrella institution for U.S. news and information services. In a White House known for firing all but the most obsequious, his hatchet men are distinguished by only one trait: unmitigated sycophancy in obeying their master's voice. At AGM, they're installing Trump's version of a hand-fed press, reshaping the outlets comprising Voice of America. It's all happening coincidentally just in time for his 2020 election campaign.

As a news asset, VOA and its surrogates are impressive. They include Radio Free Europe and Radio Liberty, which focus on Russia and east Europe; Radio Free Asia broadcasting, among other places, to China, Korea, and Vietnam; and multiple news services that target countries in-between as well as Cuba and the Arab world. Their product is news from reporters who often work on turf that make journalism a dangerous business. It's what VOA does: for 80 years the VOA collective has earned credibility in countries where its networks are the only free press.

In fact, credibility, long VOA's strength, remains its core contribution to America's soft power today. During the Cold War, its reporting on world affairs as well as events inside the Soviet bloc challenged Moscow and its totalitarian regimes. The evidence: their backhanded compliments, then massive jamming of VOA's broadcasts, that continue in 21st Century digital form--from Xi Jinping's Great Firewall and North Korea's sealed media ecosystem to Vladimir Putin's war on Russia's independent press whose reporters deign to investigate his regime.

Admittedly for Trump's toadies, seeing value in quality journalism would be a stretch. It's also a concept Trump himself is ill-equipped to grasp. Case in point: an April VOA story reporting on Wuhan's successful easing of its coronavirus lockdown sparked his White House to attack the VOA as a Chinese fifth column. Small wonder: the facts didn't sync with Trump's 2020 campaign mantra labeling China the source of all evil. VOA chief Amanda Bennett, a Pulitzer Prize-winning reporter, explained publicly that the Voice was chartered to report all sides of any story. Her tutorial didn't help. By mid-June, she was gone.

Bennett and Sandy Sugawara, her deputy, and a former Washington Post journalist, were only the first defenestration's. Both ostensibly "resigned" after Trump reportedly goosed the Senate Republicans in May to confirm Michael Pack, a conservative film maker. The nomination had moldered for two years, among other reasons, because of an ongoing investigation into Pack's alleged financial improprieties. Pack wasted no time cleaning house, firing VOA's network chiefs as well as other senior officials three weeks after the Senate's party-line nod.

Pack has piously intoned his reverence for the Voice's journalistic standards, reporting and reputation. His Orwellian language—the press release on his arrival implied VOA cadre greeted the firings with cheering in the halls—make the platitudes less than plausible, as do the political appointees he is putting in place. Indeed, the new arrivals raise questions not only about the professional management of VOA's operations but also its future as a credible news gathering organization.

Take the governing boards for VOA and its surrogates. Pack has ousted all their incumbents, putting in place a handful of people whose backgrounds suggest a meteoric rise from burger-flipping and bachelor's degrees to the boardroom. Among them are a junior press spokesman at the Office of Management and Budget; apro-life, anti-transgender rights activist; and an attorney for the Liberty Council, designated an anti-LBGTQ hate group by the Southern Poverty Law Center. In addition to their ideological homogeneity, none sport credentials in journalism or broadcasting relevant to managing OGM's $200 million in media enterprises.

The inexperience and political cast of Pack's selectees differs dramatically from VOA's management history: decades of board members who offered seasoned, bipartisan oversight. It suggests what's coming next. Pack himself telegraphed the move. This month he announced VOA "editorials" would be featured more prominently. Pack explained he has "streamlined" their production, truncating "time-consuming" interagency review. Translation: expect the White House to provide the party line—or campaign messaging—and VOA to peddle its views. 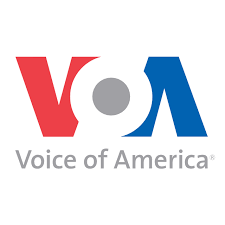 A Trump defeat in November that sends Pack packing obviously will help cauterize the wounds from his management by meat axe. Meanwhile, how VOA's professional news reporting fares remains to be seen. VOA's audiences abroad will know soon enough. For example, from Russian repression in Chechnya to China's oppression of its Uighur minority, Radio Liberty and Radio Free Asia have provided invaluable stories. Only time will tell whether Trump's disinterest in both human rights travesties will affect how Pack's VOA reports such news.

Trump isn't the first elected leader to see journalists as his enemies, or to try to get a grip on their work. Shortly after the installation of Germany's newly elected government 90 years ago, the Reich Minister of National Enlightenment and Propaganda consolidated the country's 4000 daily and weekly newspapers and 7000 periodicals into the Reich's Press Chamber. The arrangement enabled the ruling party to deliver its guidance daily to editors who faced arrest prosecution if their reporters' copy failed literally to toe the line.

The Reich Minister, Josef Goebbels, put it this way. The press, he said, must be "a piano…in the hands of the government." Goebbels took guidance from his boss who considered the news media to be "loathsome," calling them "the lying press." A century ago, or not, the sentiment and the language have an all too familiar ring.