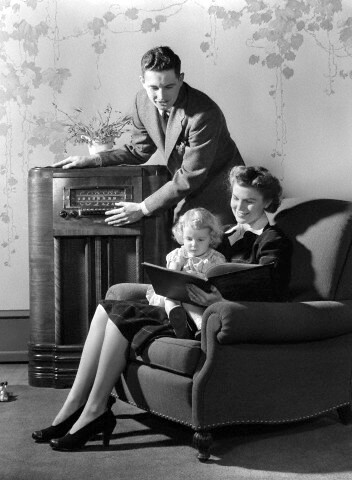 Arbitron ratings service invented a portable meter worn by listeners to measure radio listening with the promise of measuring audio signals from all media. This allowed media buyers to see real time comparisons of radio, broadcast TV, cable and Internet audio for comparable audiences in the same market. The PPM (Personal People Meter) was designed to replace the paper diary system in as many cities as possible. Then Arbitron was sold to Nielsen.

In 2010 I first saw the studies that revealed that radio station dead air was not measured by the PPM. I saw the fact that some voices were not measured at all. The PPM is new, unproven technology with little transparency coming from Nielsen. The PPM remains better than a paper diary, I'll take it. Hell, I pushed for it and am very happy it arrived.

Radio execs, being far more flexible and scrappier than TV execs, looked for ways to compensate for the PPM shortcomings. Tech company Telos introduced the Voltair electronic component which is added to a radio station's transmitter audio chain and helps stations using it get full credit for their audience as measured by the PPM device.

This is nothing new. For decades radio stations have added many complex boxes to their audio chains to make their signals louder, brighter and/or easier to hear. Those boxes caused no industry storms.

The Voltair has caused an uproar.  In Canada, for example, the official whatevers banished Voltairs from the entire country of Canada. Canadians have no sense of humor until they cross the border and work on “Saturday Night Live.”

There is concern in the U.S. that poorer radio stations can't afford a Voltair – they cost about $8000 each and therefore poorer stations are at an unfair disadvantage. They can't afford million dollar morning hosts, fancy studios, or other top line equipment either, but that causes no trouble. Not having access to the Voltair causes concern. Why? Because it works.

The focus is now on whether or not radio stations can continue to use the Voltair. Wrong focus.  Demand that Nielsen perfect the PPM in exchange for the exorbitant fees they collect from media companies and ad agencies keep that fire up high.

I applaud Telos, a Cleveland company (home of legendary radio broadcaster Mike Trivisonno) with coming up with one solution, the Voltair. Hopefully there will be more. If Nielsen invokes a strange and vague clause in the client contract that says stations can't "effect" the ratings with some vague act, it will have to enforce it. Good luck. If they try to enforce it then every station should end their Nielsen agreement.

Where are the ad agencies and sponsors? The purpose of ratings is to sell radio audiences to advertisers. If the audience is not being measured properly by the PPM the loudest noises should be coming from Mindshare, OMD, Universal McCann, etc.

Finally, if Telos has invested in technology that compensates for the shortcomings of the PPM, Nielsen should say, "Thank you." Telos will save Nielsen a lot of money in R&D if the PPM is field-fixed by its clients. You're welcome.