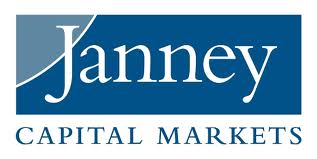 A recent Variety survey suggested we are seeing a shift in younger viewers' video preferences towards content that's distributed on non-traditional networks that are harder to monetize. This has the potential to disrupt the TV ecosystem if younger viewers carry these patterns into adulthood. Our proprietary follow-up survey of two age demos finds there is disruptive potential as the younger demo has higher instances of cord cutting, OTT use, and fragmentation. The much higher than expected interest in HBO is intriguing and NFLX looks far more popular than its online competitors. On balance, we find the threat to TV may not come from a single online source, but the aggregate of a massive long online tail and the viewer's ability to find highly individualized content.

Fragmentation Headwinds - Younger viewers watch more online video than traditional TV and rank NFLX enjoyment higher than traditional TV or any online competitor. While a few YouTube nets were more popular than some marquee cable nets, almost 38% of the younger votes were for over 1,100 sources of online content. The popularity and heavy use of NFLX along with the collective threat from a long tail of content stands to erode traditional TV ratings/ad revenue and is a more difficult path to monetize.

Subscriber Headwinds - About 24% of younger viewers and 16% of older viewers indicate that they do not watch traditional TV. Even after adjusting for a control question, the rates remained elevated at 15% and 9%, respectively. Regardless of the accuracy, the responses could be seen as a bad harbinger - especially given that the younger cord cutting rate was 67% higher than that of the older demo. Fewer subs would jeopardize the other half of TV's monetization engine.

HBO Popularity - HBO is in a strong position to improve monetization given its overwhelming popularity that exceeds that of ESPN and some broadcast nets. This is interesting given the fact that HBO is not fully distributed and it is somewhat counter-intuitive that its popularity is higher among the younger demo. It leads us to question if cord-cutting is purely an economic phenomenon, as many have suggested.

The New Normal? - The survey shows that younger viewers are demanding increasingly targeted content to suit their personal tastes. This can take the form of large libraries of content (NFLX) or very narrow-appeal content (certain YouTube channels). However, HBO's popularity among this group also illustrates that amazing content can overcome fragmentation and appeal to a large audience. Many traditional broadcast and cable nets may simply be losing their niche to the long online tail.

Traditional Idols - Both demos voted in favor of traditional TV/film celebrities in two different sets of questions with no YouTube celebrity in the top 10. This result is contrary to Variety's survey, but we did see a longer tail of votes for YouTubers and a greater portion of younger viewers that would prefer to be in an online video with their favorite celebrity rather than a TV show. It appears the collective online appeal is more disruptive than any single online star.

subject securities or issuers. No part of my compensation was, is, or will be, directly or indirectly, related to the specific recommendations or views I expressed in this research report.
Janney Montgomery Scott LLC ("Janney") Equity Research Disclosure Legend
Individual disclosures for the companies mentioned in this report can be obtained by accessing our Firm’s Disclosure Site.