Welcome to the Age of the User Interface - SAY Media 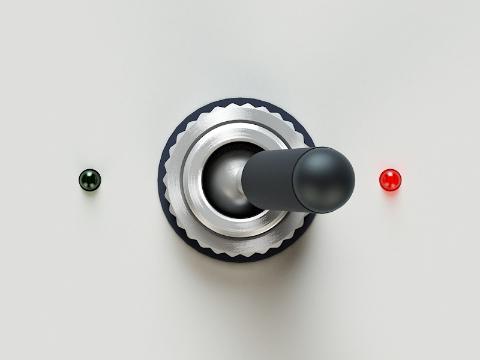 When Apple announced last fall that its own industrial design visionary Jony Ive would also take over software design for the company, UX designers around the world didn't know whether to celebrate or shudder. But it could be just the shot in the arm Apple needs to take its design leadership into the future. And it has big implications for all of us.

Apple has always been lauded for its beautiful and visionary hardware design. But the company's recent skirmishes with Samsung and other hardware manufacturers over who owns the rounded corner has only served to reinforce why hardware design is steadily becoming homogenous. There are only so many things you can do with a thin glass rectangle. Remember the first Motorola Razr? Sure you do, it was an iconic phone. Do you know what the current one looks like? Of course you don't, it's just another smartphone.

You can still get phones in different sizes, with rubberized frames, sporting the odd flip-down or pull-out keyboard. But as hardware evolves itself into invisibility we're well on our way to a time when the only thing that differentiates how something feels will be its software. Software design is what makes a page turn onscreen, it makes a TV respond to your voice, it makes an app feel homey and familiar like Apple's Calendar, and it makes an OS feel modern and fluid like Windows 8.

This is not lost on Ive and his team. While Apple hardware has more or less consistently surpassed competitors' designs, Apple's software isn't always best-in-class. As hardware becomes less important to why people purchase the devices they do, software takes on the burden of being the main differentiator. That's why you can expect to see more and more patent applications for things such as the scroll bounce. Unlike complex aluminum construction processes, interactions are easy to copy, integrate and ship into the next OS release.

Apple's competitors are also taking note. Microsoft, not known for spending a tremendous amount of time on interface innovation, has taken a huge bet on Windows 8and its innovative Metro interface. Window 8's often stellar UI can quickly give way to what is essentially Windows Vista - but as a first step, it's hugely ambitious, beautiful and mostly successful.

Meanwhile, Google continues to update its Android platform (with its somewhat contradictory Chrome OS platform in tow). The whimsical branding includes a friendly green robot and OS versions called Jelly Bean and Ice Cream Sandwich, which, along with its odd mishmash of UI elements, makes Android the least recognizable and least remarkable interface. Sure, it's possibly the most versatile, and lives on the most affordable range of devices, but Google still seems to be cleaning up after giving headset manufacturers too many design freedoms early on, fragmenting its own operating system into various sub-groups. Still, Android is the leading smartphone platform, and will probably hold that lead for the foreseeable future.

While key players seem to be visually differentiating themselves, there still seems to be a consensus on the need to create cohesive, if not entirely identical, experiences across a wide spectrum of devices. Apple has slowly integrated some of its key iOS features back into MacOS. Google's app suite has evolved to look homogenous across devices (even the ones that don't run Android). And Microsoft has, rather confidently, proclaimed that the Windows experience should carry across from table to desktop.

At Say Media we're fans of Device Agnosticism and an interface platform that will allow us to start crafting experiences that maintain their consistency, even when the context in which they are used differs wildly. Over the last two years, we have built and learned a tremendous amount and are facing similar challenges to anyone building interfaces for the post PC era.

This is a defining moment, where hardware fulfills its promise and simply gets out of the way. A shape of glass existing solely to contain an experience. The user interface will be how we remember a device, fondly or not. The way it looks and reacts. It will live in our cars and living rooms, become part of the architecture, and cover our landscapes. It will affect the media we consume, the way we look at the world, and how we learn and communicate. Here's to the age of the user interface.

Alex Schleifer is design and creative director for Say Media.