Welcome to the Secret Society of Programmatic TV 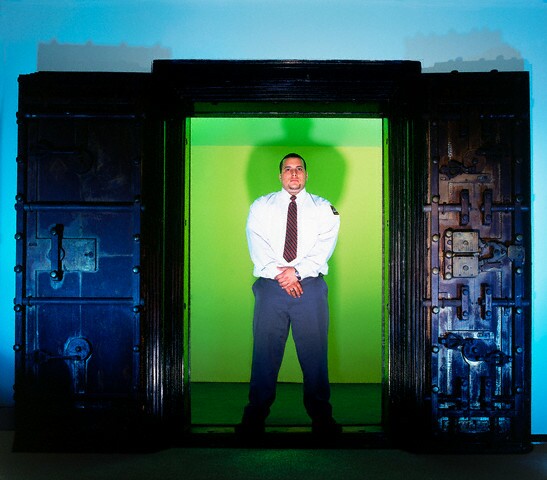 For many of us in the television space, the prospect of programmatic TV is at once both fascinating and a bit confusing. Exactly how would it work? Would it enable cherry picking of programs? Would it lower CPMs on top inventory? Can it be executed nationally? Does this displace direct response? What is “premium” inventory anyway?

US International Media (USIM), an independent, diversified and fully-integrated media agency, has launched an ambitious initiative to more intensely explore the world of programmatic TV buying and selling with the help of futurist and televisual expert Mitch Oscar.  Dubbed a “TV Programmatic Secret Society,” its intent is to create a series of meetings that take attendees through concrete examples of programmatic TV execution to open up a "dialogue about programmatic space without politics," Oscar says.

The first “secret society” meeting was held on October 5 at Rentrak and was attended by over 40 executives from media companies as diverse as USIM, clypd, DISH, Experian, Comcast, RLTV, Reelz, Fox, Horizon, OMD, placemedia, The Trade Desk, TubeMogul, Videa, SintecMedia, Nexstar, Media Kitchen, BIA/Kelsey, AT&T, Yashi, NAB and TiVo.  Everyone was given a mask, which few used, and name tags, which all used. So much for secrecy.

It is not easy to execute programmatic TV for a variety of reasons. Any yet, the positive impact for an advertiser is evident in the results of campaigns. Some takeaways from this first meeting were as follows:

Russell Zingale, President, Eastern Region USIM, presented a recent campaign for Aruba tourism which got the advertiser back on a television buy. The agency launched an addressable campaign with New York Cablevision and DirecTV targeting family with kids and empty nesters. The result was that in the first week of September in New York delivery was up 31% and New York based travel to Aruba dramatically improved.

… But there are Challenges

According to Mitch Oscar, programmatic TV is “an odyssey of process” which doesn’t allow for integration. There are not only national and local addressable DSPs; you need to take into account the range of measurement possibilities -- national, addressable, local and ad supported video on demand – and measurement subsets like daypart, age and gender, impressions and targets across networks. All of the proposals offered in the USIM example had different definitions of what the daypart includes.  From a posting standpoint, the inventory schedule is opaque and lacks standardized definition.

A Black Box of Algorithms

Obviously you can get different proposal solutions to a campaign based on the dataset, the target and the distribution. However even with common attributes, suggested networks and programming can widely vary. In this case, one proposal included a range of sports networks “because the algorithm said so,” Zingale says. What does that really mean? In some cases, the algorithms reveal that prime time is not always prime time. If addressable indicates late night, should I be planning on late night instead of prime?

How do you combine targets? In this case it was a combination of Adults 25-54 and Upscale Families which resulted in three different indices with different sources. How do you proportionate? In addition there is limited compatibility with traditional buying results. How can you merge the two together to get a fuller picture of how a campaign delivered as a complete valuation (TV stations, cable networks, MVPDs, ad supported programming, etc.)? And if successful, you cannot replicate the campaign.

So What Does this Really Cost?

There are many different versions of fees in a programmatic TV buy. Is the package cost net or gross? What does each term really mean? Is there a transaction fee? Are there guarantees? Is it by age and gender and individual TV impressions or daypart impressions? Is there a day of the week ratio?

Bringing It All Together

Brad Smith, Senior Vice President, Revenue and Operations of Videa, noted that, “TV is evolving differently than online. Digital started RTB and supply outstripped demand. That is different from television where supply is more limited.” He continued, “But there is a consistent rise in quality integration.” He spoke of the Wild West atmosphere surrounding data today and called for the data to become “a bridge that allows you to translate between different data sources. The question is, how do you make data fungible?” One way, he posited, is to get away from Walled Gardens.

My take: These are tall orders at a time when everyone is elbowing for market position. But who knows? The advance of technology and the ease with which we begin to harness, integrate and algorithmically merge datasets (getting easier every day) may force the marketplace players to form a more perfect union -- or at least a working industry group to help form policy and standards.