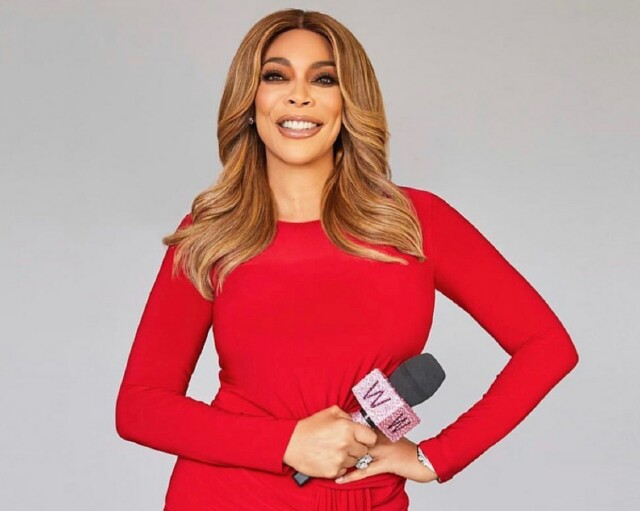 The usually very private Wendy Williams puts it all on the table this Saturday in two new Lifetime projects: Wendy Williams: The Movie, a searing biographical drama on which she served as executive producer, and Wendy Williams: What A Mess, an emotionally charged companion  documentary.

For years Williams (pictured at top) has been a fixture of both radio and television, first as a shock jock DJ, then as host of her daily syndicated television talk show. Used to dishing on "hot topics," in 2017 she became one herself after overheating and fainting (on-air) during a 2017 Halloween-themed episode of her show. (Photo below is from the movie.) She quickly recovered and finished the program. 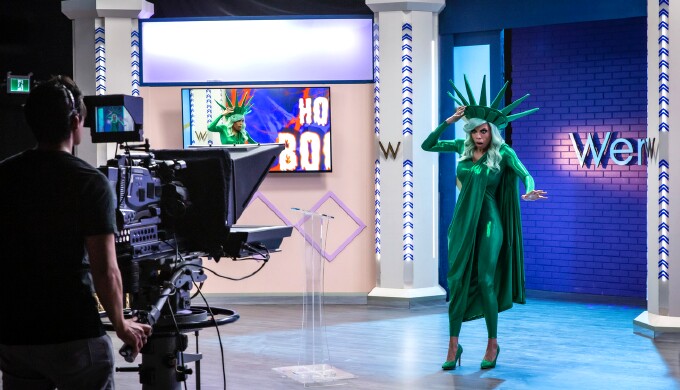 Following that event, the veneer Williams had surrounded herself with began to crack. Concerned people began asking, "How you doin' -- Wendy?" (a play on her signature question at the top of each show). Behind the scenes, life was wasn't all roses. Her long marriage to manager/husband Kevin Hunter was falling apart, and the usually resilient mother was going through a private hell -- one that ended in divorce.

In the biopic, Williams gets to tell her truth, and she believes fans will appreciate her authenticity.

"[My fans] will probably say, 'I can't believe she had the guts to be so raw and honest,'" Williams said. "Other people who really listened to me [during] 35years of broadcasts will say, 'Oh my gosh, I remember she talked about this, but I didn't realize it was that intense, or that deep,' or something like that." 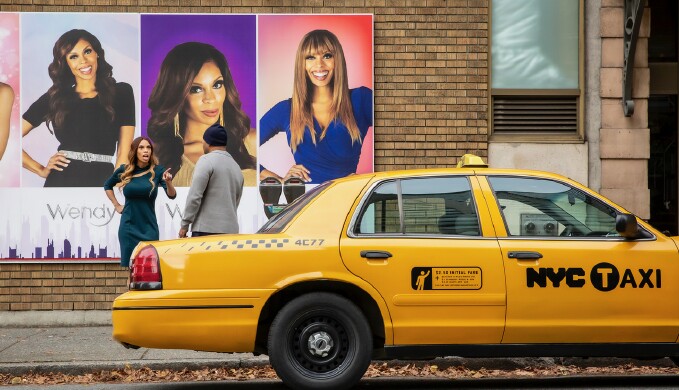 The movie leaves no stone unturned. Indeed, when it comes to Williams' life, there's a lot to unpack, including her formative childhood years, her struggles to conquer the male-dominated world of talk radio, her relationship with her now ex-husband and her long struggle to become a mother (something she desperately wanted). Williams insists that revisiting her past wasn't too difficult and she appreciates the life that helped inform the person she is today. "It wasn't tough at all, actually," she said of revisiting some of those challenging experiences. "The life I'm living right now is my best life and I have no guilt about saying that.

"I have no regrets," she continued. "I don't regret falling in love. I don't regret staying with Kevin for 25 years, 21 of them married. I like who I am. If anything, I'm extremely happy that I'm still relevant enough that on Monday morning I'm able to come through [those] double doors and say, 'How you doin?' and still be young, fun and pop-culture relevant."

Entrusted to tell Williams' story is actress Ciera Payton (of BET's soap opera The Oval), who perfectly embodies the larger-than-life star. Morocco Omari (of Starz' P-Valley) is equally strong as Kevin. Williams said there was one specific quality Payton had that made her perfect for the part. "She wanted it," she declared. "We exchanged telephone numbers behind the scenes, and we would have our chit chats. I'd call her and ask, 'Are you busy'? She'd say, 'Yes, I'm doing this or that,' [but] she'd call back and we'd sit on the phone and talk about things. Anything from hair to nails; you know, little things are very important, like the nail polish I wear every day on the talk show." 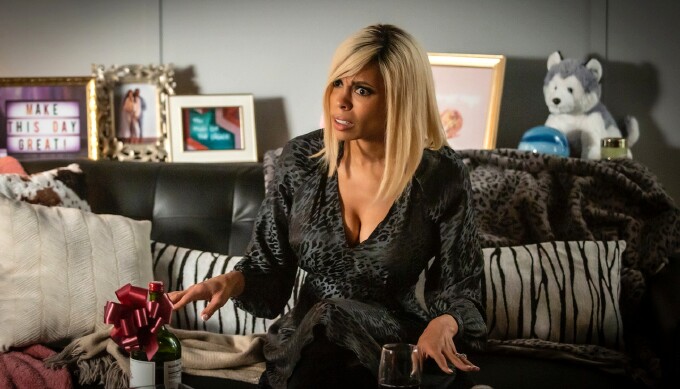 Payton (pictured above) believes portraying Williams was something she was meant to do. "I've been watching Wendy since her show came on and I had listened to her on the radio when I first moved out to New York," she shared. "So, I was very, very familiar [with] her. Wendy watchers tweeted me saying, 'If they ever do a movie about Wendy you should definitely play her.' The buzz kept coming, then season one of The Oval dropped. I [thought], let me brush up on my Wendy, let me start soaking her in and try to watch her beyond what we see on TV.

"Then, in January 2020, casting director Leah Daniels-Butler called me in to audition [for the movie] and it just felt like the perfect fit," she added. "I had so much fun stepping into that energy, learning her mannerisms, and trying to peel away all the layers to who I feel this woman is and all the shades of the women that I've grown up with. Then, getting a chance to speak with her … I mean I was like a giddy little schoolgirl the day that I knew [we] we're going to be talking on the phone. For me it felt like we had known each other for years. There was no awkwardness or anything. It was like, 'Let's talk; let's do some chit chat and let's do this movie.'"

Despite the ups and downs depicted in both the movie and the accompanying documentary, if you ask Williams how she's doin' the answer today is pleasantly surprising. "Wonderful," she says with a smile. "I feel wonderful, fabulous, wonderfully messy, not scared, and fearless. That comes with growth and confidence, the confidence that comes from within, and a bit of the confidence that other people give you in your circle."