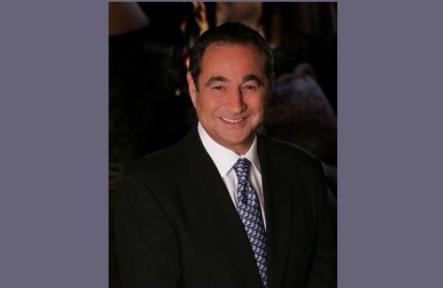 Humans respond to stories. We learn from them, draw strength from them, we even use stories as tactical devices.

"We are the sum of our memories," says 2006 USA Memory Champion Joshua Foer. That's why Foer constructs a "memory palace" – basically telling his brain little stories – in order to recall facts and figures in prodigious quantities and with amazing precision.

And as we look back on our respective 2012's, we tell ourselves stories about the past and our promises for 2013.

It's an appropriate time, then, for me to share my favorite story of the year with you.

It's a story about family and the power of both medium and message.

On September 19, 2012, I sent out an email blast to everyone in my rolodex (more than 7,000 individuals) about End of Watch, my son Adam's first credit as an executive producer.

The film is a searing story of two beat cops in Los Angeles so close they are virtually brothers, a white officer played by Jake Gyllenhaal and his Latino partner, played by Michael Pena. In the movie, we see the two men's lives in great detail, particularly Pena's, a young Latino father growing up in the heart of Los Angeles and working one of if not the most dangerous beat in the city.

My email was, of course, a "shameless promo" from a proud papa on behalf of his son. You don't get more personal than that:

The film is produced through Le Grisbi Productions, the company he co-founded with John Lesher.

End of Watch stars Jake Gyllenhaal and Michael Peña and was written and directed by David Ayer (who also wrote Training Day).

But enough from me, here's what the critics are saying:

You can watch the trailer and buy your tickets here: http://www.moviefone.com/movie/end-of-watch/56249/main

Apologies for the shameless plug, however, as a quid pro quo, I promise to tweet, like and contribute to opening weekend box office when your kid has his or her first movie come out :)

To this note, 4,000+ people responded personally. These were meaningful interactions with thousands of folks that led to phone calls, meetings – I even received four or five scripts for consideration.

One note, in particular, moved me greatly. It was from Daniel Pereira, a Communications Futures Program researcher and Futures of Entertainment fellow at MIT.

Daniel, spoke of how the film's portrayal of the ordinary day-to-day life of being Hispanic-American in LA resonated with him.

Before showing you Daniel's note, I believe there is a broader point. Today we lament the loss of the written word…of "formal communications" – whether it's e-mail or Twitter or texting.

Yet all these mediums are powerful enough to stand on their own if the message is right and the thought and intention is there.

When I wrote my e-mail to 7,000 folks – certainly it helped to use mail merge. But that efficiency didn't change my reason or my emotion in writing it. And the quantity of responses proved that.

It was and is a vivid reminder—no "memory palace" needed—that it's the message that matters. The impact of a story is determined by how it's said not always the means by which it's delivered.

Beyond the quantity of responses, there was truly quality – and none more so than Daniel's which has led to a friendship.

As you move into your story for 2013, I share with you Daniel's e-mail in its entirety. I hope you find the same meaning in it that I did:

Allow me to match your 'Shameless Promotion' with Unadulterated Shameless Praise.

Please pass on to your son that I think it is not only a great film, but an important one. I hope it holds on until the awards season (my fingers are crossed) not only for the screenplay, but for the performances, especially that of Michael Pena.

I am a native Angeleno of Mexican-American descent (grew up in Wilmington, high school in San Pedro, then off to Harvard for college) - and I think the Pena character says more through his worldview as depicted in the film than any of the recent token Latino speakers at the RNC and DNC combined. If the mainstream American population wants to get a real down and dirty understanding of the toughness and heart - the philosophy - of a brown native Angeleno - then go see this film.

No one who grew up in LA during the late '70's through the 90's thinks for a second that the fight with the gangster in his own home is over the top. Authenticity and respect are everything in that world, and it was a brilliantly executed scene.

Michael Pena's character is important because I think he is the first authentic, multi-dimensional Mexican-American character ever depicted on film.

We have not had our Godfather yet as a community, and no one has really nailed it the way these filmmakers and Pena nail it.

The gangster characters, too, reflect the new ultra-violence on the streets. Those of us who were exposed to the code of the eMe and the elementary school friends who turned gangster later in life due to choices and circumstance - I talk to them, and even they are lamenting the loss of any code on the streets and this new brand of violence and lack of boundaries. Terrifying - and this film should be a wake up call for policymakers and the 'powers that be' everywhere. I am too cynical to think they are listening to what this film depicts and the broader message of it unfortunately.

They should be - and this film will be looked back on as a wake-up call announcing the further democratization and geographic spread into the U.S. of the regional drug wars to the south. Everyone's quality of life is going to suffer, and it will be too little too late.

Not too be too corny, but I walked out of the film in a lot of pain, disheartened and further concerned - as I have been for many years - for my native Los Angeles. It is a first class third-world city - and there is shit going on there that is unmatched by other mega-cities globally. It is the flashpoint for a gathering storm in my opinion.

As a filmmaker, I know a commitment to such profound social realism does not come easy, and may have translated into some rough shoot days on the mean streets of Los Angles for your son and his crew. Tell him it was worth it, because the blood, sweat and tears o-o-z-e-s off the screen.

Currently, the lowest common denominator fare released by the studios is absolute crap. The fact that this film was made for $7M - or really made at all - is quite an accomplishment.

OK- so there is my unadulterated shameless praise. I am telling anyone who will listen to go see this film. My parents have already seen it (avid filmgoers, as a native Angeleno couple who grew up in the 50's simply are) and they both loved it. They sat next to retired cop (AMC Torrance probably) and she approved it as 'very real.' My mother broke into tears while discussing the film with me.

So, kudos to Adam and his team. An important, landmark film in my opinion. Tell him to keep 'em coming!

Also, I am not sure we have met Michael - but I am glad I was on your mailing list. Check out some of the links below, as what I do and the mission of your company have many similarities. Maybe you have attended one of our events, that is how I ended up on your e-mail?

For the record: I am pretty utilitarian in my e-mail usage - I haven't sent most friends and family e-mails this long! :)

As a post-script to this blog, End of Watch opened at #1 at the US box office – beating Clint Eastwood's Trouble with the Curveand to datehas grosseddomestically over $40,000,000.