What a Millennial Learned About Millennials at Ad Week 2017 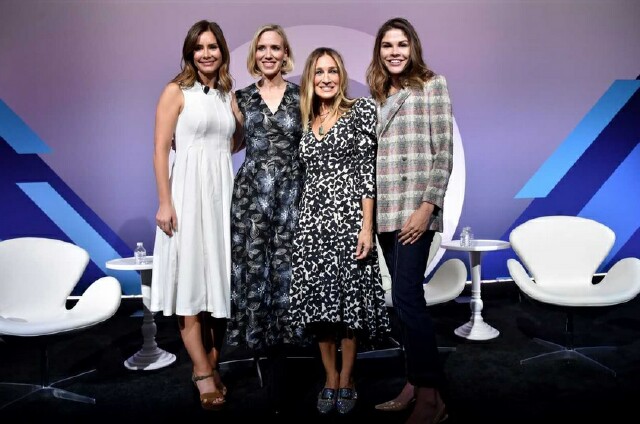 Advertising Week New York always presents a unique opportunity to glean insight from industry leaders, and this year’s event was no different. Numerous panels featured a “Millennial Minded” track, a selection of speaking engagements that focused on connecting with the demographic. Rarely do I expect to learn much at such forums. (After all, I should know everything about my fellow Millennials, right?)  Some familiar ideas were mentioned, such as the value that we place on social issues like representation, which was illustrated by the all-female line-up of speakers at each of the panels I attended, but I did end up learning a few things about Millennials: The desire for privacy that separates us from Gen Z, the impact of micro-influencers on us and how we’re pushing the transformation of communication to be more visual.

Much of what’s been said about Gen Z has always felt pretty true to me, especially the priority that experiences have over material items.  The “Gen Z Doesn’t Care About Your Brand” panel delved into more qualities that bridged the gap between Gen Z and Millennials, including an attachment to digital devices and a high value on social issues.  However, moderator Sara Spivey, the CMO of Bazaarvoice, mentioned one detail that solidified the line between the two demographics: Gen Z is very preoccupied with privacy.  That’s why some members of this generation supplement their Instagram accounts with “Finstas” -- “fake Insta[gram]s,” or additional, private accounts on which they don’t feel pressured to present a highly curated, G-rated version of themselves because only their close friends will see it, as opposed to their “Rinstas” (“Real Insta[gram]s”), which can be viewed by the public.  It’s almost as if growing up in a digital world, where identity theft and other malicious activities abound, has taught Gen Z to scrutinize things more than older generations.  With only 32% of Millennials thinking that brands are as honest as people, as was mentioned at “Think Millennial,” presented in part by Viacom, it’s likely that this number may drop with the already critical Gen Z, so it’s more important than ever for brands to be authentic in their approach.

Micro-Influencers are the New Marketers

The past year has presented a steady rise in the influence of micro-influencers -- those with follower counts within the 10,000 and 100,000 range -- because engagement with influencers actually decreases once an influencer gains more followers: A study by Markerly noted that, “for unpaid posts, Instagram influencers with fewer than 1,000 followers have a like rate of about 8 percent, while those with 1,000 to 10,000 followers have a like rate of 4 percent.”  Sure enough, DJ/entrepreneur/influencer Hannah Bronfman noted at “Think Millennial” that having a handful of micro-influencers support a brand is more impactful than one celebrity endorsement because younger demographics value friends’ opinions, and micro-influencers have the accessibility of friends.  Spivey confirmed this at “Gen Z Doesn’t Care About Your Brand,” when she referenced a survey that revealed that Gen Z’ers are most easily swayed by friends’ recommendations, then influencers, then advertisers.

Photos are extremely important to Millennials -- so much so that 73% of us believe that taking a photo of an event is just as important as the event itself, according to Lydia Daly, Viacom’s Senior Vice President of Social Media and Branded Content Strategy, at “The Art of Activating Millennials.”  As someone who can’t so much as enter a new restaurant without strategizing creative direction for an Instagram post, I wasn’t very surprised by the statistic.  After all, as Instagram COO Marne Levine pointed out during “The Instagram Effect: Where Business and Passions Meet,” the app has 800 million active users -- 500 million of whom use it every day -- so it’s clear that we’re becoming a visually driven society.  What I didn’t expect was the extent to which Millennials are driving that transformation: At “Think Millennial,” Getty Images’ head of social media, Bridget Bogee, pointed out that 70% of communication will be visual by 2020.  As Daly put it during her panel, we’re slowly regressing to cavemen-like communication, with the use of images, emojis and memes, and allowing those images to speak for us.

Glossier founder and CEO Emily Weiss is a perfect example of a person who is applying this information to her methods of reaching Millennials, as I learned at “The Instagram Effect.”  Not only was the skincare and makeup brand launched on Instagram, but it’s essentially developed on the app, thanks to feedback from followers.  For example, when Glossier crafted its hallmark product, the Milky Jelly Cleanser, the brand posted to Instagram, asking for input on ingredients and desired effects, but also for a personification of their ideal face wash.  As it turned out, the majority of followers imagined the cleanser as a redheaded celebrity, so a flame-haired model was used in the campaign.  In doing so, Glossier capitalized on two characteristics that appeal to Millennials: Visuals and engagement. (Weiss is pictured at top, right, with Rebecca Jarvis, Chief Business, Technolgy and Economics correspondent for ABC News and creator of the podcast No Limits with Rebecca Jarvis at left; actress Sarah Jessica Parker, and Instagram COO Marne Levine.)

Shifting From Millennials to Gen Z

As it turns out, there is still quite a bit to be learned about the generation that watched the analog world become increasingly digital -- even for a Millennial like myself.  However, it’s important to note that, even with the similarities between Gen Z and Millennials, there are major differences.  Gen Z’s value of privacy is just the tip of the iceberg.  With Millennials standing out from older generations by seeking recommendations from micro-influencers and driving visual communication, among other qualities, we’re paving the way for Gen Z to shift marketing, and it’ll soon be time to become strictly “Gen Z Minded.”