What Brings Fierce Ad Rivals Together? The Common Good. 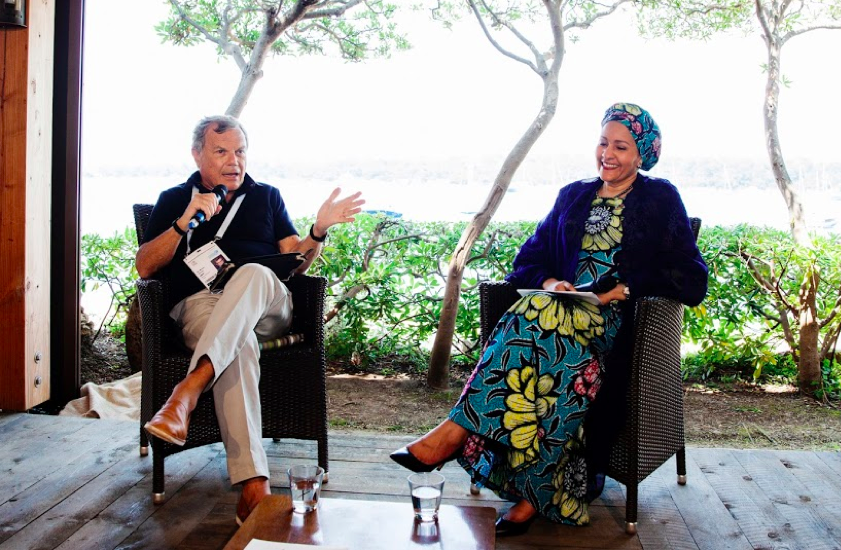 I always fly home from the Cannes Lions feeling inspired by the creativity and drive of my colleagues and the whole ad industry.  This year was particularly special for me as YouTube hosted the Deputy Security of the United Nations, Amina J. Mohammed (pictured above right), and the CEO of WPP, Sir Martin Sorrell (above left).  Perhaps not a duo you expect to see together on stage, but they were there to give a progress report on the Common Ground initiative, which brings ad agencies (and fierce competitors) together to tackle the some of the world's largest problems.  The project was launched one year ago with Dentsu Aegis Network, Havas, IPG, Omnicom, Publicis and WPP, as well as independent agency Wieden+Kennedy signing on.

Together, the agencies are now working on mobilizing young people around the United Nations' Sustainable Development Goals, which include ambitious efforts like ending hunger and reducing gender inequalities.  Google and YouTube are thrilled to be supporting this program.

We hosted creative teams from the seven companies at the YouTube Space New York back in April.  Over the course of three days, the team's efforts centered on tapping the power of digital video to be a force for good among Gen Z, the youngest -- and perhaps most tuned-in and fired up --generation yet.  Gen Zers are 50% more likely to care about making an impact on the world with their work than their Millennial counterparts did at the same age, so any efforts at change need to start with them.

Here are some inspiring highlights from the three-day hackathon:

A virtual cross-agency team is currently working on developing the campaign to launch later this year, with ongoing support and commitment from YouTube.

Justin is currently a marketing manager for YouTube, developing programs that help creative and media agencies get the most out of YouTube for their client campaigns. Previously at Google, he lead marketing for the Art, Copy & Code project, a small team …