What do 2013's Upfronts and Newfronts Say About the State of Media? - Ashley Swartz 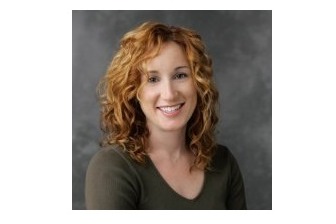 This year, the traditional television upfront and premium digital newfront, no longer serve as two distinctive events, but rather melding together resulting in one giant land grab for advertising spend.

This year, the traditional television upfront and premium digital newfront, no longer serve as two distinctive events, but rather melding together resulting in one giant land grab for advertising spend.

According to the official IAB Newfront schedule, bullish TV networks, like CBS Interactive and Disney, are set to present alongside native digital players like Hulu, AOL and Google, as well as giants in print presenting their continued journeys of reinvention, the likes of Conde Nast and the Wall Street Journal. Last year, the big 5 did not receive the 'best in show' vote when cable networks grossed almost a $1Billion dollars more in upfront spend than ABC, NBC, CBS, Fox and CW combined.

The expectation is that this year's event will hold steady and if there is growth, it will be in the low single digits as last year. The economy and increasing ability of audiences to game the system and get what they want when they want it, means broadcasters will have to be creative in 2013, says Ashley Swartz, in order to capture spend from advertisers that continually want more from less. Networks are testing the waters with new strategies; from C3 to C7, 2nd screen value adds an, OTT distribution, as well as going back to what they know to capture more dollars, showing little innovation or vision.

So what does this all mean for the current state of media? As Swartz concludes, organic consolidation of each ‘front’ means an unwillingness of programmers to change old business models. “They are going to adapt to the radical changes of audience behavior by redefining the definition of TV, instead of redefining their business". Acknowledging it 'ain't easy', Swartz ends with the unifying theme across these 16 weeks, that broadcasters and programmers face great challenges in defining a sustainable revenue model for pure plays of OTT, second screens, and social television, given the lack of scale and measurable ROI.

CEO & Founder Furious Minds Ashley’s passion for technology, advertising and media are a reflection of the cloth from which she is cut. Her career has included manufacturing of components, electronics, entrepreneurial start-ups, and running a m…