What the Rise in Online Video Means for Brand Storytelling 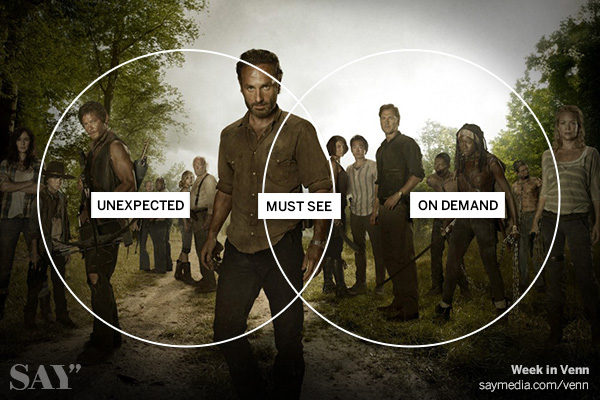 "When your audience can see themselves in your story, the need to persuade disappears."
-Michael Margolis, CEO, Get Storied

Binge viewing, time shifting, live streaming, DVR, the Hopper, tablets, Hulu, Netflix, iTunes, YouTube, smartphones…all these technologies and media-consumption habits are the proverbial bullet holes in the façade of traditional television advertising. Each of them has played a role in changing the way we consume our entertainment, moving us from traditional appointment viewing on our TV sets to a fragmented, on-demand model. Many new-media marketers believe that these technologies, combined with the immediacy with which social-media channels can exchange news, could spell the end of television commercials as we know them. Audiences have put their blinders up regarding interruptive ads, finding myriad ways to avoid them. Heck, we even created technologies that let us skip them altogether and happily pay to watch commercial-free content.

Traditional advertising has found its place in online video, however, following the same interruptive model that worked for decades. As more interesting, entertaining and useful content is published online, traditional advertisers are exporting their commercials to QuickTime and holding you hostage yet again. Videos are popping up in pre-rolls (the worst of the worst) and mid-rolls as well as in page takeovers and interactive units. They’ll even just start playing in the sidebar as you try to read an article, something as welcome as a salesman talking into your ear as you try to read your morning paper.

But the numbers don’t lie. eMarketer reports that U.S. spending on digital video ads will nearly double in only four years, climbing from $4.14 billion this year to $8.04 billion in 2016. The vast majority of respondents (75%) in a study by online video ad platform Brightroll said that online video ads were equally as effective as, or more effective than, traditional TV, beating out social media and search, among others.

So what does all this mean for brand storytelling? Is it time to go all in on video ads, jockeying for exposure and paying to make people’s blood pressure rise as you keep them from their desired content? No.

It simply means that where the audiences go, traditional advertisers will follow, and the sheer number of eyeballs they encounter will imply that these ads “work,” though in reality all they promise is exposure, and there’s no guarantee the viewer won’t come to hate a brand because it holds them hostage.

In fact, a recent study by Nielsen found that pre-roll ads (defined as auto-played video on user-selected content, no longer than 30 seconds) were significantly less effective than native video ads (defined as user-initiated videos with no limit on length). In five out of five campaigns, native advertising showed higher brand lift than pre-roll ads. For one brand, Jarritos, native ads generated 82% brand lift compared to just 2.1% for pre-roll ads.

Why is this important? Because regardless of the increase in online ads, the truth remains—audiences are far less receptive than ever before to interruptive advertising, and the brands that truly turn themselves into publishers are the ones that have the best chance at cost effective brand engagement and creating true brand ambassadors.

It also means that audiences are viewing media in a variety of ways on a variety of different devices, and that brands are finding success by creating content specifically for these channels. There could be no more telling sign of the times than YouTube’s $250+ million investment in its own content, including DreamWorks’ acquisition of AwesomenessTV , a premium YouTube channel. Red Bull triumphantly struck content gold with its Stratos jump while simultaneously testing YouTube’s live-streaming capabilities, proving that live events can be viewed by millions of people on something other than a television. AOL has created its own global branded video-content offering , promising to “connect branded video content with consumers across all screens.”

Other brands have focused on creating video content that is based on narratives instead of on advertisements. Palladium Boots developed a three-part documentary about Detroit’s revival (instead of its decline)—something that that most people don’t see. Oreo—content marketing’s poster child—released its Oreo Separator Machine video series in February, immediately earning viral status (though its audience is already huge, its commitment to content created specifically for online consumption is a good sign). AMC’s The Walking Dead created a series of web-only episodes of the show that follow new characters and plotlines. Dove has earned countless awards, including most recently a handful of Webbys,for its long-form branded videos. Finally, McDonald’s Canada opened the kimono with its Our Food, Your Questions campaign, wherein it responded to customers’ inquiries with video shorts.

So as you read about the increasing success of online video ads, know that audiences will never be receptive to advertisers showing up uninvited and standing in the way of content - no matter what your online partners tell you.

Jon Thomas is the communications director at Story Worldwide and a frequent guest author for Say Media . Follow him on Twitter @Story_Jon .