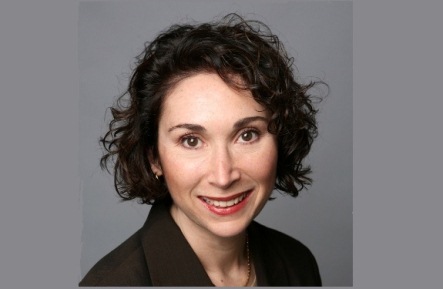 The next holiday shopping list you check off is likely to be done on your new gift. With over 21 million tablets flooding the marketplace this holiday season, chances are good that tablets are going to be declared the hot electronics item under the 2012 tree.

eMarketer sets the number at 54.8 million tablet owners in the US by the end of 2012, but they're projecting that number to skyrocket to 89.5 million by 2014. To put that in perspective, there are currently about 114.6 million TV homes in the US.

That's an awful lot of second screens that people will have in their hands. And, as the gift that keeps on giving (to advertisers), viewers will not only consume content on these devices, but they will consume real goods and services from the things that they find on them.

And what is one of the most impactful drivers for the goods and services that people consume on their tablets? Television ads. A Millward Brown/Dynamic Logic report puts "TV advertising" behind only personal recommendations as a prompt to action on a mobile device.

How great of a holiday-retail feel good story is this? Manufacturers increase production of the tablets, retailers enjoy moving lots of tablets out the door, gifters feel really generous, gift recipients get another avenue to purchase more goods and services along with a powerful entertainment and information device, and advertisers get another state-of-the-art screen to reach LOTS more consumers. It's an example of the Great Circle of modern consumerism.

And it makes everybody happy. Especially those of the first screen.

Tablets make the primary television viewing experience more productive and richer for those who own one. When tablet owners see a product advertised on TV that interests them, most will seek further information on their tablet, particularly those below the age of 50 (where tablet ownership is highest). According to GfK MRI's recent study, "28% of tablet owners who said that they used the device one or more times in the past week while watching TV shows reported that they looked up information about a product advertised on the show and 12% purchased such a product."

So viewers are more than willing to follow an advertisement across screens. And after this holiday season, more and more of them will be able to do so. Broadcasters are doing their part, building seamless pathways to their content through station apps, mobile websites, and mobile DTV.

And when viewers take these screens on the road, they primarily seek out video content as well as local news and information – as borne out by data from eMarketer, which says that the top three activities of tablet users are watching video, getting weather information, and getting local news. And as we've seen during the events of the past few months, people's appetite for news – whenever and wherever they are, as stories break – has never been higher.

In spite of industry speculation that second screens will result in even more media fragmentation, it appears instead that they're broadening it. Today's consumer is well versed in splitting their attention without losing their focus. Let's face it, humans are now multiple-input creatures. That's why options like split screens, multiple screens, DVRS and VOD - none of these are daunting to today's video consumer anymore. Not only is today's savvy viewer comfortable with the concept of time-shifting, but they're becoming just as at ease with screen-shifting.

Nor is this fragmentation diluting their consumption of television. In fact, these devices are acting as tools to augment their quest for more and more television. And Broadcasters are eagerly leading the charge into 2013 with viewing options on every screen.

These complementary screens are the latest demonstration of the unparalleled power of television to be the most impactful marketing tool. Because once viewers acquire these devices, the content that they seek is all driven by television – from the programming that they desire, to the advertisements they investigate, to the news and information they demand.

As tablets led holiday sales in 2012, television will provide the fuel that makes them such a desired commodity.

Abby Auerbach is Executive Vice President and Chief Marketing Officer at TVB, where she has direct responsibility for Public Relations, Corporate Communications, Marketing Research and Creative Services and works with TVB’s CEO on strategic direction and overall management of the company. Abby can be reached at abby@tvb.org.