What’s the Story with VR and AR? 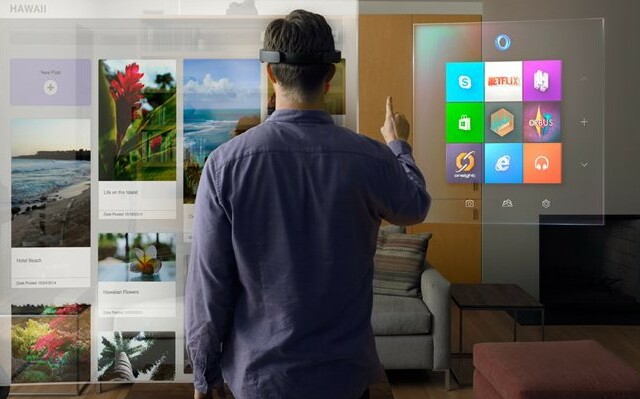 If there is one thing we’ve learned from the Convergence Culture, it is that Virtually Reality (VR) and Augmented Reality (AR) may someday be contained in the same headset. For now though, they are separate and they will always be very different. In fact, VR should not be confused with AR even though it is. So, a few words of explanation for those who do not understand (as I did not until recently).

VR is the total disruption of personal reality; a new reality is instead created through computer generated or translated images inside of a headset (think movies and videogames). AR maintains the users’ actual reality while overlaying or superimposing information about what the user is seeing (e.g., the first iteration of Google Glass). A simple comparison:  VR is being inside of something else with no visibility as to your actual reality or 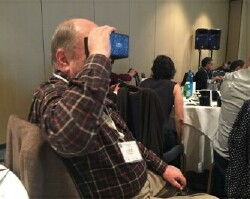 surroundings while AR is viewing things in the real world, with information about objects overlaid. AR will have to interact and communicate with your surroundings, while with VR you could walk off a cliff without knowing. (That's me at right experimenting with a Google Cardboard VR set at CDX in Half Moon Bay, CA.)

If you’ve been following the VR developments captivating the country, then you know that big players are getting involved. Facebook with its purchase of Oculus Rift for $2 billion in 2014 sparked excitement for the next-generation of VR. The first Oculus Rift releases are now in the hands of consumers. (Iif you want to buy one now, figure on a minimum 3-month lead-time). Companies like Samsung, Apple, HTC Vive, Microsoft and PlayStation are also following suit with their own acquisitions and creations, not to mention all of the startups joining the field. The latest addition to the game is Intel with their investment already in the $300-500 million range.

You can expect VR technology first to change our experiences with video games and movies; these devices are already on their way to a retailer or theater near you. However, like a lot of new tech, you should figure out a way to experiment with rather than buy one of these doodads. It seems clear from this vantage point that we’ll have to get to V 3.0 or so before this tech is fully ready. For prime time consumption, the video application of VR (like Facebook’s 360 view) is the slice that will need to grow if there is going to be a mainstream application.

As far as AR goes, you probably remember Google Glass. Some called it a debacle but in fact it was just an early version of what AR could be. Like V 1.0 of any tech, it was a flawed product and more of a beta than an actual release. If you saw this year’s Super Bowl ad for Microsoft’s HoloLens then you can easily see the draw of AR. Full AR capabilities are still a long ways off though. Not only will the technologies within the device need to get better, but so will the technologies in your environment. Remember, AR needs to be able to interact with your surroundings.

From GPS mastering your location in dense urban environments to sensor and signal identification, AR’s success depends on a relay of information. This information onboarding process hasn’t yet been fully realized or implemented. Eventually though, whether it is identifying items in stores, such as what’s on sale or what’s new, or understanding the ingredients and materials in something without actually picking it up, AR will soon accompany us in our exploration of the world. Just like with search engines, the next generation of consumers will not be able to imagine a world without AR.

Past all of their hype and potential, one thing is for sure, VR and AR applications are definitely closer to being a “reality” this time around instead of the word only existing in their name. I’ll give them a shot. Will you?