When Politics, Media, and Vaudeville Intersect: Amusing Ourselves to Death 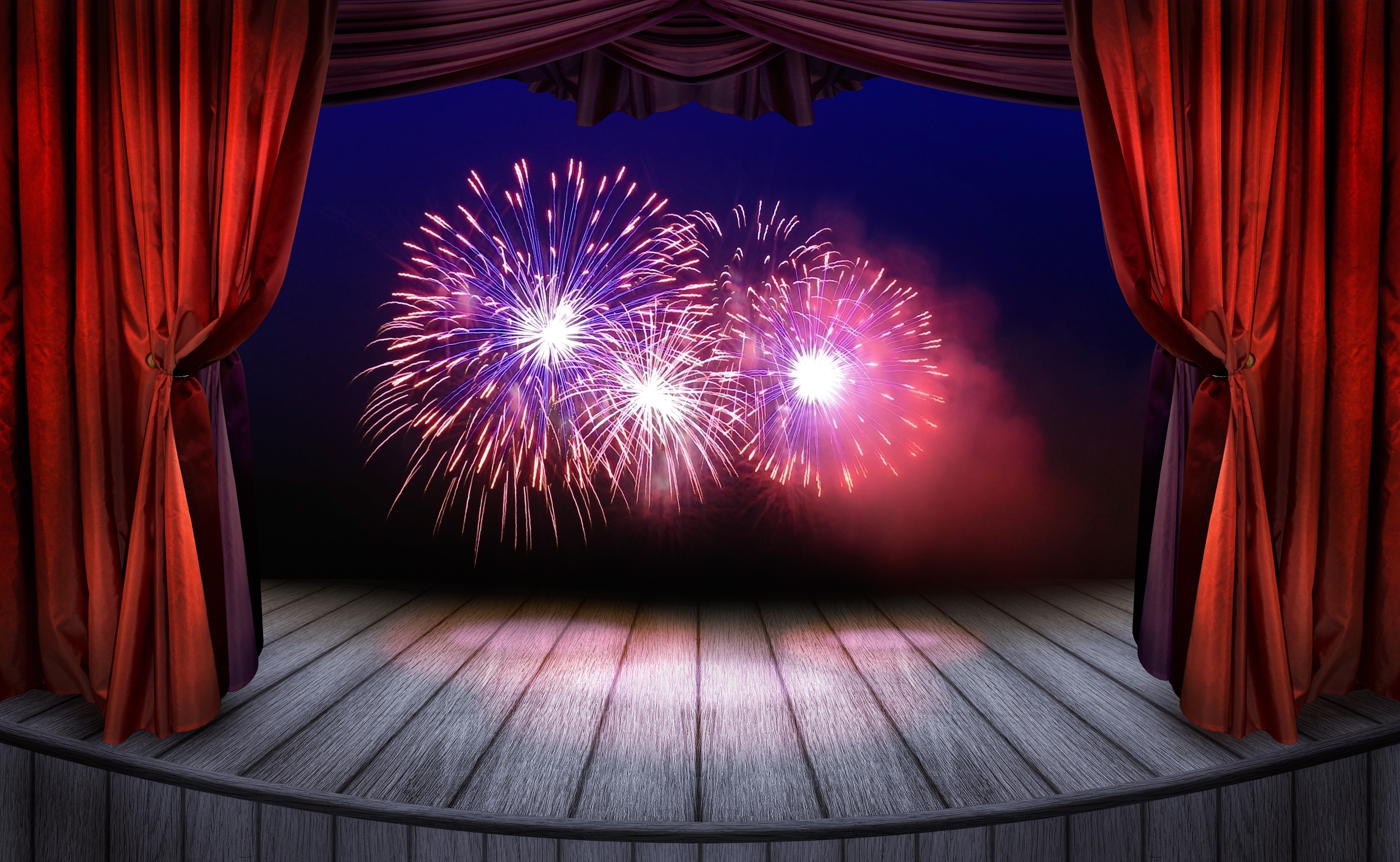 Jack Myers is a media ecologist, founder MediaVillage, media advisor, and author of The Future of Men (2016) and Hooked Up: A New Generation's Surprising Take on Sex, Politics and Saving the World (2012).

In 1966 Ronald Reagan explained "Politics is just like show business." It's clear that the Democratic Party has not yet identified a candidate who can rise to the show business skills or experience of either Reagan or Donald Trump. And if we've learned anything from the messages of Aldous Huxley's Brave New World, Marshall McLuhan's The Medium is the Massage, and Dr. Neil Postman's Amusing Ourselves to Death, it's that politics, government, and public discourse have become, first and foremost, show business.

The high road — filled with better ideas, serious issues, and relevant priorities — pales by comparison to a powerful and compelling media presence. It's a historical, philosophical, and political mistake to believe that ideas and issues alone will win this election. It's a mistake to consider the debate stage or the primary states as where "better and more issue-oriented" candidates can change minds. The stage for the 2020 election is not in Iowa, New Hampshire, South Carolina, Nevada, or any of the Super Tuesday states. The stage is the media. The message is the media; the media is the message. The winner will be determined by the media — the politician who can control, dominate, produce, direct, and be the star of the media narrative over the next eight months will win. The challenge is to avoid the media's obsession with negative campaigning and candidate vs. candidate dog fights. The focus on proving the ability to absorb Trumpian attacks and dish it out in equal measure is a zero-sum losing strategy for the eventual Democratic candidate. Democrats require a collaborative "rising tide" media strategy that lifts whichever candidate rises to the top.

Throughout the 2016 election campaign, from the moment The Donald and Melania descended the Trump Tower escalator, more media time was spent on Trump than all opposing candidates combined. Trump's celebrity dominated. Hillary lost when her campaign discarded key voter groups and failed to control its own media narrative. Trump discards no one. He entertains everyone. (See my 2016 pre-election commentaries and warnings at Medium and MediaVillage.)

As President, Trump controls the on-demand news cycle and has mastered social media. He can only be defeated by being upstaged. Democrats won't win with sound bites and news clips or with issues and ideas alone, but by capturing more social media and news attention than Trump. With no candidate likely to threaten his skills at media dominance, what and who is the solution?

Robert McNeil, the late and legendary PBS news anchor, described television news decades ago: "The idea is to not strain the attention of anyone but instead to provide constant stimulation through variety, novelty, action, and movement. Complexity must be avoided, nuances are dispensable, qualifications impede the simple message, visual stimulation is a substitute for thought, and verbal precision is an anachronism." That's the most apt explanation of Trump's success that we're likely to ever have.

My mentor and Media Ecology Professor at NYU Neil Postman, in his 1985 classic Amusing Ourselves to Death: Public Discourse in the Age of Show Business (which inspired Roger Waters' 1992 solo album Amused to Death), indirectly offered a solution. He wrote, "Embedded in the surrealistic frame of television news is a…type of discourse that abandons logic, reason, sequence and rules of contradiction. In the parlance of theater, it is known as vaudeville." Donald Trump did not invent political vaudeville but he sensationalized and infused it with a new style of political show business that fulfilled the masses' need for constant stimulation. (Perhaps not coincidently, vaudeville originated in beer halls, where the "coarse and sometimes obscene shows were aimed toward a primarily male audience.") Trump's defeat will come only when the media has a more entertaining and sustainable story that captures center stage and pushes Trump's performance to the sidelines.

We can look to the death of vaudeville for answers. Encyclopedia Britannica reports, "In 1896 motion pictures were introduced into vaudeville shows as added attractions and to clear the house between shows. They gradually preempted more and more performing time until, after the advent of the 'talkies' about 1927, the customary bill featured a full-length motion picture with 'added acts' of vaudeville. The growth of radio and later of television contributed to the rapid decline of vaudeville and to its virtual disappearance." Democrats need break-out political entertainment that dominates media attention and forces Trump to become an "added-act" inside a more entertaining Democratic-dominated attraction.

While the political process will continue down its overgrown path to the final candidate's anointment, there's no requirement that the party and candidates can't then reinvent the process. Rather than charging into a one-on-one campaign, unprepared and under-financed, Democrats can plan ahead and take control of the media story. David Plouffe, campaign manager for Barack Obama, believes that by March 17th there will be clarity on the candidates who have a mathematical path to the nomination, and he recently urged on MSNBC that other candidates "step off the stage."

My solution is just the opposite and one I expect Postman, McLuhan, and McNeil would embrace. Postman wrote, "Television's strongest point is that it brings personalities into our hearts, not abstractions into our heads." Once dominating candidates are recognized, they can change Plouffe's narrative by highlighting the accomplishments and qualifications of several of their recent opponents, bringing them onstage and spotlighting them as the future of the nation's political establishment. Once clear candidates emerge, they can announce proposed vice presidential partners, cabinet members, and close advisors, shifting the media narrative away from Trump and the Trump-dominated reality show that any Democrat is destined to lose. Once their candidate is finalized the Democrats can win the big award in November by serving up a large cast of political superstars in the best and greatest reality show ever.

Through social media, advertising, and search engine optimization, Democrats can feed the media's appetite for spectacle. As the cast of Democrat appointees focus media attention on Trump's revolving door of acolytes and his family, Trump will inevitably demand more and more attention on him by increasing the heat, the attacks, the negative campaigning, the lies, all while Democrats deflect, refocus the story arc, and win. Politics today requires minute-by-minute media staging focused on generating TV ratings, news dominance, and social media impact.

Democrats need to keep Trump and his team off-guard, bring down his collaborators and defenders one-by-one, and create confidence in a new cast of personalities who will take the stage in January. Postman believed, "If politics is like show business, then the idea is not to pursue excellence, clarity or honesty, but to appear as if you are." Through the appearance of full post-election transparency, more Democrats will be relevant and empowered to raise funds, participate as active and invested players throughout the campaign, spread across the country, and even the world, telling their stories, creating doubt about Trump's minions, and engaging with voters. More importantly, they will push Trump off the main stage as they feed the media's day-by-day, minute-by-minute demand for new and different.

The Democratic candidates and Party need to plan and begin executing their election media strategy now if they hope to compete. They must control the setting and the story with a clear message and a tsunami of media noise. A full Democratic cast with its star at the forefront must stand together — each with their own role focused on supporting, defending, and justifying a new president, a unified message, unified government, and unified nation. Trump's vaudevillian act will have run its course and will be given the hook only when the media has a bigger and better hit show over which it can obsess.