When Reaching Viewers, Hallmark Gets to the Heart of the Matter 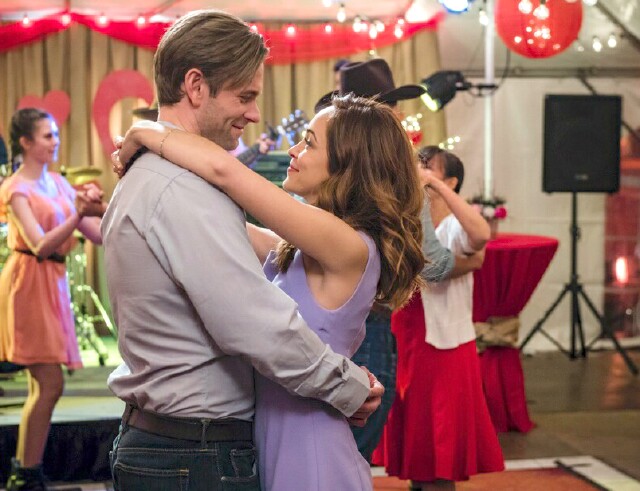 In this era of Peak TV there are more than 1400 series vying for viewers' attention throughout the year. Faced with such mounting competition, how do television programmers cut through the clutter, especially during the frigid winter season when viewing levels tend to be at their highest? Building strategies around holidays helps. "Emotional connections are key drivers in decision-making,” explains Michelle Vicary, Crown Media Family Networks’ Executive Vice President of Programming and Network Program Publicity. She's talking specifically about two of Hallmark Channel's annual programming events: Countdown to Christmas (October 30 – January 1) and Countdown to Valentine’s Day (January 30 – February 14), which deliver on the two big sentiments of the winter season -- connectivity and relationships.

Those sentiments are "the commonality between the two holidays … what people are really thinking about their loved ones and expressions of love,” says Vicary. “We bring that entertainment piece to peoples’ lives, tailoring to what people are feeling and leaning into what that is.”

It is worth noting that an unseasonably warm Christmas season on the eastern seaboard did not deter viewers from programming that celebrated the holiday. Q4 2015 was Hallmark’s highest quarter ever in primetime with seventeen original premieres during Countdown to Christmas.

Countdown to Valentine’s Day is its natural successor, with five new romantic comedies premiering over the next two weeks. Under the banner “The Heart of TV,” Hallmark plays to the spirit of Valentine’s Day but also to the larger programming strategy, which celebrates emotional connections to all seasons and embraces the way people feel at different points throughout the year. (The photo at top is from the Hallmark movie "Valentine Ever After" with Eric Johnson and Autumn Reeser. The photo below is from "Appetite for Love" with Taylor Cole and Andrew Walker.) 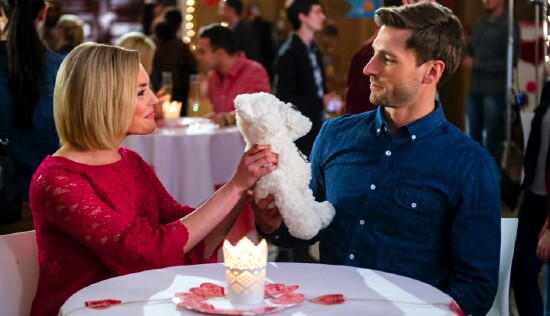 “We are responding to audience demand and that’s why we continue to see the growth that we do,” says Vicary. While many people might associate both Christmas and Valentine's Day with mass consumerism, success across Hallmark Channel and sibling network Hallmark Movies & Mysteries proves there's an audience appetite for programming that goes deeper and taps into the spirit of the season.

Audiences are undoubtedly emotionally connected to the tent pole events of the broadcast season, which have become long-held winter traditions. This month, CBS hosts Super Bowl 50 and The Grammys, ABC telecasts the 88th Academy Awards and Fox continues its farewell season of “American Idol.” Winter premieres off-broadcast include FX’s “The People vs. O.J. Simpson” and Netflix’s “Fuller House” (premiering February 26). Together, those two productions draw on viewers’ emotions towards stories and characters spanning a thirty-year history.

Hallmark’s Countdown to Valentine’s engages audiences around content but also the Hallmark brand itself. “We are a more emotional brand,” says Vicary in explaining what Hallmark means to each viewer. She suggests that putting Hallmark’s originals on a non-Hallmark cable network would be an incredibly different experience.

“Hallmark is the perfect place to express how people feel throughout the year,” she adds.

Effectively delivering on emotion in a consumer environment riddled with choice is important. Advertisers are also taking note. Just last week, MediaVillage columnist Stuart Elliott offered his take on Coca Cola’s new “Taste the Feeling” campaign. “Taste the feeling," Elliott suggested, “will be focused more on the functional and emotional benefits of Coke the product.” Late last year, also writing for MediaVillage, Jack Myers identified Emotion Technology as a future looking media trend, projecting that the data gathering of emotional responses “will drive the next wave of innovation, invention and investment in both media content and ad tech.”