When the Curtain Comes Down, What Will "Breaking Bad" Fans Watch Next? - TiVo/TRA 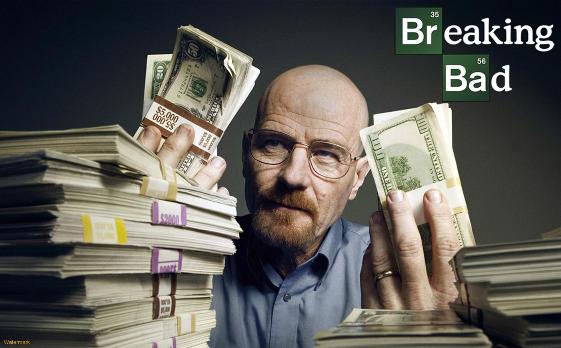 Like other fans of AMC's Breaking Bad, the folks here at TRA are waiting in painstaking anticipation to see what devilish plots Walter White has in store for his Car Wash and “other” business in the final 8 episodes beginning on Sunday, August 11th. But soon enough, the Emmy winning series that put Albuquerque on the map as the home of Heisenberg will meet its final end. So what will Breaking Bad fans be left to binge view next? TRA has some big data driven suggestions that will help to comfort Mr. White’s fans as Breaking Bad rides off into the sunset.

Utilizing TRA’s large pool of set-top-box return path data that is matched with household purchase and demographic data, TRA generated viewer profiles of Breaking Bad fans to determine exactly what the unsuspicious Walter White following looks like. We then assessed the primetime TV programs viewed by the top 30% of households that watch Breaking Bad, which account for 80% of the total viewing.

What are Breaking Bad fans driving?

Walter White has upgraded his wheels as he’s progressively grown more villainous. In the first few seasons Walter drove a very practical and resilient 2003 Pontiac Aztec. As the series progressed and Mr. White’s cravings for adrenaline grew, he gifted his son, Walt Jr., with a muscly Dodge Challenger, sold his Aztek for $50 and leased himself a black Chrysler 300. On the other hand, his business partner and long-time bad guy “Mike the Cleaner” always takes careful precautions maintaining his cover in an unsuspicious Lincoln.

Here is a list of the top vehicle owned by the households that are watching Breaking Bad:

What’s in the shopping cart of a Breaking Bad fan?

Our suggestions to comfort you after Breaking Bad concludes:

Now that you have an idea of the types of households that are watching Breaking Bad, and may or may not have determined you fit the profile, here is a list of the top watched programs of Breaking Bad's biggest fans in rank order:

If you have not watched any of the programs listed above, you can catch up with them through your cable provider's Video On Demand service or online with Netflix, Amazon Prime, YouTube, Hulu Plus and the websites of the respective program networks. After you've spent countless hours binge viewing past seasons you can start tuning as a lot of the programs listed are prepped and ready for new seasons in the Fall.