When the News Is Wrong 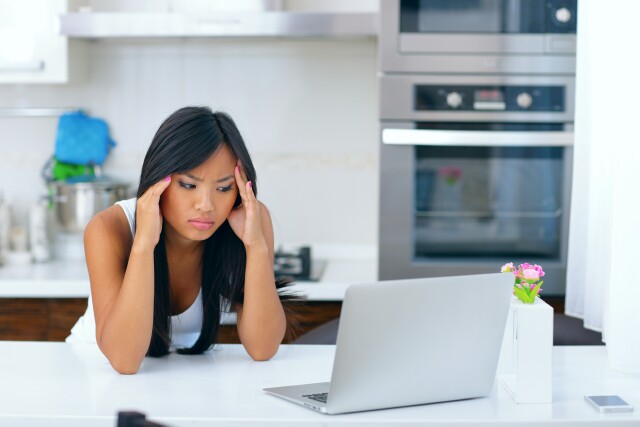 Most news reports, which spill out and dominate headlines and tickers at the bottom of television screens, are discussed for a few days -- sometimes with tremendous gusto -- but then are “heard no more.”  Then there are the few select issues that come up again and again, whether they’re questions of foreign interference in elections or the musings of a few select politicians, to whom the media and, in turn, the general public have taken a particular liking.  Other issues, whether they be roll call votes or conflicts in distant parts of the world, surface for their brief moment and then, more or less, disappear.  This is particularly true for foreign policy, an area that some politicians such as former Rhode Island Senator (and later Governor) Lincoln Chafee have told me receive much less attention than domestic matters, often seeming more like an afterthought, for instance, in presidential debates.

As we know, learning -- fully comprehending things -- is often the product of repetition, but we still, of course, remember some of the tidbits of news flashing across the screens.  And from those pieces of information we recall, we might construct narratives about places -- and distant countries -- about which we may know only so much.  So, what happens when a story -- reported widely by the major media outlets for an entire news cycle -- is wrong?

It’s very difficult to report from inside of North Korea.  Foreign journalists are rarely welcome in the country and those who have been invited typically aren’t given a front row seat to the goings-on.  This was very much the case in 2016, for example, when North Korea invited 100 or so foreign journalists to attend the 7th Congress of the Workers' Party of Korea, the first event of the kind that had been held since 1980; the invited journalists were excluded from attending most of the actual proceedings.  As such, reports coming out of North Korea often lack the fact-checking that is, hopefully, still the norm at outlets reporting on most other parts of the world.  Instead, stories from North Korea often rely on the testimony of a single source, a satellite image here and there or downright scuttlebutt.

But, all of a sudden the entire world knew on the last day of this past May that North Korea had executed five of its diplomats, including Kim Hyok-chol, one of the nation’s top nuclear negotiators.  Some news reports did, indeed, use language within the articles themselves that expressed a degree of uncertainty about the accuracy of the reporting, such as when USA Today admitted four paragraphs in that “... it's notoriously difficult to get information out of North Korea because it closely guards secrets.”  But, as Ben Norton observed in an excellent piece in The Grayzone, nearly all of the major news outlets from The New York Times to Reuters to the Wall Street Journal to Fox News to HuffPost circulated the story that Kim Hyok-chol had been executed.  Their source: a May 30 Bloomberg piece that cited one South Korean newspaper, Chosun Ilbo (described by Norton as "far-right... [and with] a long history of fabricating stories about North Korea”).  That story in Chosun Ilbo relied on "a single unidentified source."  With the exception of North Korea expert Jean H. Lee, BBC Seoul correspondent Laura Bicker and a few others, this one report was enough to get most journalists, from Chris Hayes on down, jumping on the “he’s dead” bandwagon.

The media panicked -- a panic soon joined by the politicians.  Two days later, Kim Hyok-chol was sitting beside Kim Jong Un at an arts performance put on by the wives of North Korean military officials.  So much for having been shot.  Some outlets issued stories of the new developments, such as CNN’s follow-up story, "'Executed' North Korean diplomat is alive, sources say.”  Although Norton bemoaned on June 4th that many of these outlets had yet to issue corrections or retractions, at the time of my writing -- nearly three weeks after that date -- few corrections have been added, and the last sentence of the original Reuters piece still reads: “'Executing or completely removing people like him would send a very bad signal to the United States because he was the public face of the talks and it could indicate they are negating all they have discussed,’ Hong said."  That appears just above a hyperlink affirming "The Thompson Reuters Trust Principles."

The lessons from the incorrect execution reports are clear.  First, “fake news” is not just for suspicious-looking links at the bottom of webpages promising a complete list of presidential IQs, claims that a leading presidential candidate is a robot or “Can You Believe It’s” of what Maureen McCormick “looks like now.”  Just as the Gulf of Tonkin taught us that even organizations as trusted as the White House can mislead us, the most respected media outlets can do the same.  It’s not just the fly-by-nights that take us astray.  Second, this episode shows that “pack journalism” is as real today as it was when it was bemoaned during the days of the “Boys on the Bus.”  During the election of 1972, journalists were sent by their respective outlets to do their own digging, but they all ended up writing the same things as everyone else.  Today, it’s much the same, except iPhones have replaced pens and pencils and fewer journalists smoke.  Groupthink is as real for the media companies as it is for straight-ticket voters.  All the while, the rush to publish culture, where being first is the ballgame, hardly helps.

But perhaps the best lesson is one from grade school, when the teachers would tell us in the third grade about the folktale of the man who told rumors and how it was as impossible to take back a piece of gossip as to chase down every feather released from a pillow into the wind.  Countless people across the globe saw these reports.  “Another North Korean official executed,” they read.  Then they went on with their days, remembering this ever so faintly -- but they will share these stories, perhaps at Fourth of July barbeques, shake their heads at how terrible it is, maybe vote with this event at the back of their minds.  Who knows whom they will tell and how that person too will shake his head.  "How terrible,” they will say.

As difficult as picking up feathers, indeed.